Melbourne Symphony Orchestra dish up a sumptuous feast of Prokofiev and Mahler.
Andrea Gillum
[This is archived content and may not display in the originally intended format.] 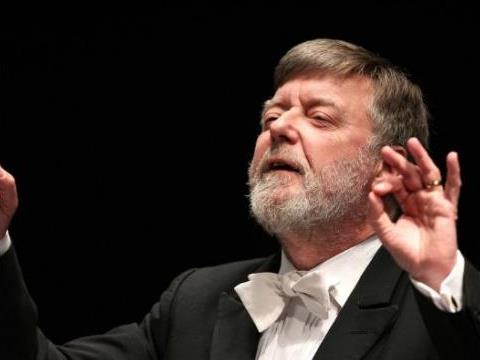 When Dutch cellist Pieter Wispelwey enthusiastically tripped onto the stage followed closely by the MSO’s enigmatic chief conductor Sir Andrew Davis I suspected something pretty special was about to happen. I wasn’t let down.

Prokofiev’s Sinfonia Concertante is infrequently played and known to be quite complicated. It certainly demands a number of complicated emotions and has the capacity to draw the cello out from beyond its usual rich deep moanings. Wispelwey indeed pulled something else from it; the piece and the cello came alive under his fingers and bow, it roared and screamed and conversed with the rest of the orchestra in sparkled animated splendour.

On a riser at the front of stage to allow for better projection, the cellist’s facial expressions were also on show. It was like having a glimpse at the artist’s inner world. Notes and phrases elicited expressions as if the music were escaping through him in a sort of pleasurable torture.

The ending of Sinfonia Concertante with its fast-tempoed final flourish was astonishing and abrupt. The audience erupted, Wispelwey and Davis leapt towards each other, their delight at the performance apparent by their flushed grinning faces and repeated shaking of hands. It’s always fantastic and infectious to see musicians enjoying themselves as much as those of us on the other end of it.

I love watching Sir Andrew perform. It is always with much energy, enthusiasm and joy. The cycle of Mahler symphonies he will conduct over the next few years are duly anticipated events.

Mahler’s symphonies are like going on an adventure. They’re epic stories every one. The fourth, the shortest and smallest in terms of orchestra requirements, is no different. I am sold on any composition that starts with sleigh bells and has a triangle confidently announce the ending of one movement and the usher in beginning of the next. It finished in contrast to Mahler’s other symphonies, with a quietly beautiful conversation between soprano Jacqueline Porter and the strings, and oh yes, I’m pretty sure there were sleigh bells in there as well.

Word is, Mahler wrote his scores from end to beginning. From sleigh bells to sleigh bells in Symphony No. 4 I found myself in quiet enraptured contemplation. A welcome reprieve from the rushing pace of life outside.

What a pairing of compositions this was. The other three Mahler symphonies have been on a single bill due to their length and size. But this one had a friend, a sibling, or perhaps it was more of a hearty main course with Mahler being the sumptuous dessert. In the dark shadows at the back of the stalls where I like to sit in Hamer Hall, I was taken away from the world, first by Pieter Wispelway’s incredible cello and then by Sir Andrew Davis’s Mahler. I’m not sure I have fully returned.