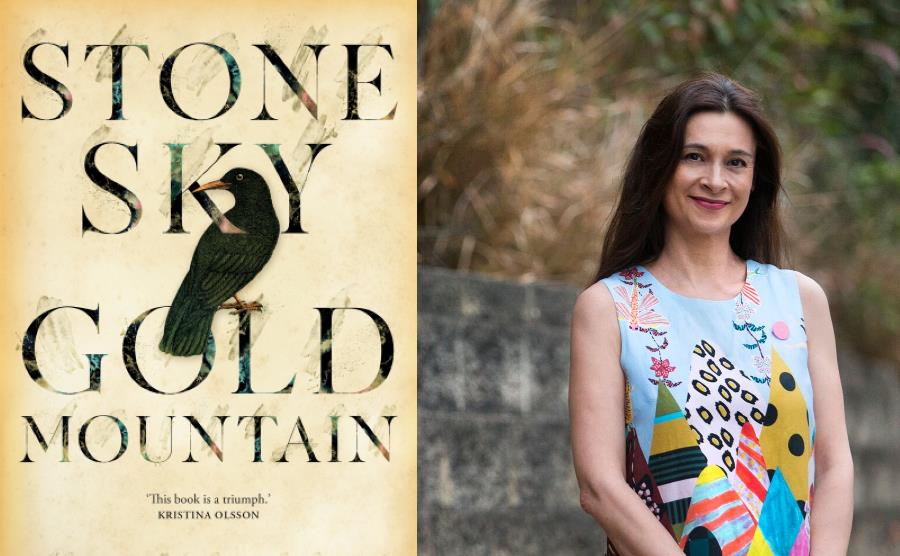 A brother and a sister arrive in a North Queensland shanty town during the gold rush in 1877. Lai Yue and Ying have escaped poverty and potential slavery in China to a different kind of bondage in Australia. They work for a ‘syndicate’ in exchange for the dream of finding enough gold to pay their way back to their ancestral village. Conditions in the camp are appalling and hunger is the drumbeat that follows them along with the risk of discovery (Ying disguises herself as a boy). This novel is like a crash course in colonial architecture with disease, poverty, exploitation, gambling, white misogyny and black terror shown to be the building blocks of a new empire.

It is an Australian novel with a difference. It looks unflinchingly at the plight of Chinese labourers in Queensland and their interactions with other immigrant, Indigenous and white folk, while firmly privileging the non-Anglo point of view. The narrative includes an unusual and barrier-breaking friendship between Ying and Meriem, the white girl ostracised by the town because she works for a sex worker. There are kindnesses in unexpected places. Despite hunger and deprivation, Ying finds comfort in working for the kindly Jimmy, in her relationship with Meriem, and in becoming her own person away from her unhappy and ultimately self-destructive brother.

In its exploration of race, language, privilege, class, exile and identity, Riwoe’s novel is transcendental and transformative. It offers no easy solutions to the ongoing dilemmas of outsiders vs insiders, about who speaks and who listens, about criminality and marginality. A white man may beat a white woman senseless if she happens to be a prostitute, a Chinese man may steal the identity of a fellow worker and watch him led away to certain death, two women with not even a language in common may find solace in their bodies.

Riwoe does not shy away from uncomfortable truths. Her depiction of the downtrodden, itinerant Chinese community who ally themselves with white men against ‘the natives’ is an extension of Australia’s violent interaction with its Indigenous population post-colonisation. Stone Sky Gold Mountain deserves to be widely read, discussed and reviewed, not only because of its resurrection of a little-known portion of our history, but also because it is beautifully written, with lyric sensitivity and a feminist sensibility.