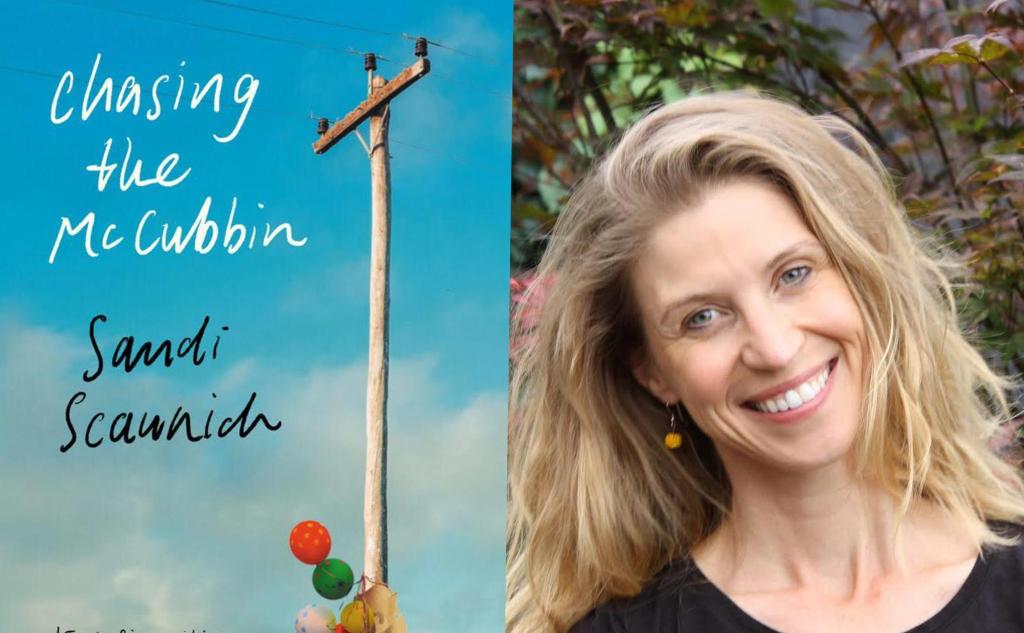 Set in Melbourne in the 1990s, Chasing the McCubbin is about two very different people who end up helping each other.

One of these is Ron, an unwell elderly widower who supplements his meagre government benefit by driving around the suburbs hunting for valuables at garage sales or for items left discarded on nature strips as hard rubbish. The other is Joseph, as shy unemployed 19-year-old who lives in squalid conditions with his unemployed mother; they are facing eviction.

‘Going to garage sales and exploring discarded rubbish is a highly competitive occupation which is sometimes referred to as ‘scrounging’.’

A coincidence brings these two people together. The novel traces their blossoming relationship which develops as they patrol the suburban streets looking for that elusive valuable, or at least resaleable, item and dreaming of the ultimate find: something extremely valuable that can be purchased for a song, like a discarded unrecognised McCubbin.

It turns out that going to garage sales and exploring discarded rubbish is a highly competitive occupation which is sometimes referred to as ‘scrounging’:

‘Why are you calling it scrounging?’ snaps Ron.

‘Isn’t that what you said this is?’

‘No, it’s just doing the rounds.’ After a moment of reflection, Ron adds, ‘There’s probably no name for it because no-bloody-body wants others to know about it. And if no one wants to say that they’re doing it, then there’ll be no official name for it.’

Ron delights in explaining the ins and outs of his trade to James and in the process starts to care about him. James slowly responds and reluctantly reveals his interest in computers, although owning such a device is so far beyond his means as to be unthinkable.

Ron and Joseph make numerous forays in Ron’s beaten-up old truck. They compete with other ‘professionals’ such as Fritz the German, Red Wagon, the Crone and the Hippy. Some, like the Tool Men and the Record Men, specialise. And they are all surprisingly knowledgeable about antiques, furniture styles and hallmarks.

Read: Book Review: Born into this by Adam Thompson

Sandi Scaunich describes many of the scrounging trips in some detail. It is perhaps unfortunate that this becomes repetitive and that part of the plot therefore drags. The backstories, which cover Ron’s happy married life and the struggle of Joseph’s mother in the face of abuse, illness and unemployment, lend depth to the narrative.

‘It is refreshing to read a novel such as this which is based on an activity that has not attracted much literary attention.’

Readers who enjoy the cinema will be familiar with the epilogues that frequently appear at the end of based-on-truth productions: so-and-so later did this and went on to be that and became acknowledged for whatever. Scaunich includes a brief epilogue reminiscent of that end-of-movie phenomenon.

It is refreshing to read a novel such as this which is based on an activity that has not attracted much literary attention. It may even tempt some readers to try their hand at scrounging.