Performing means taking risks but what about when those risks threaten your mental health?
Dr Suzie J Jarmain 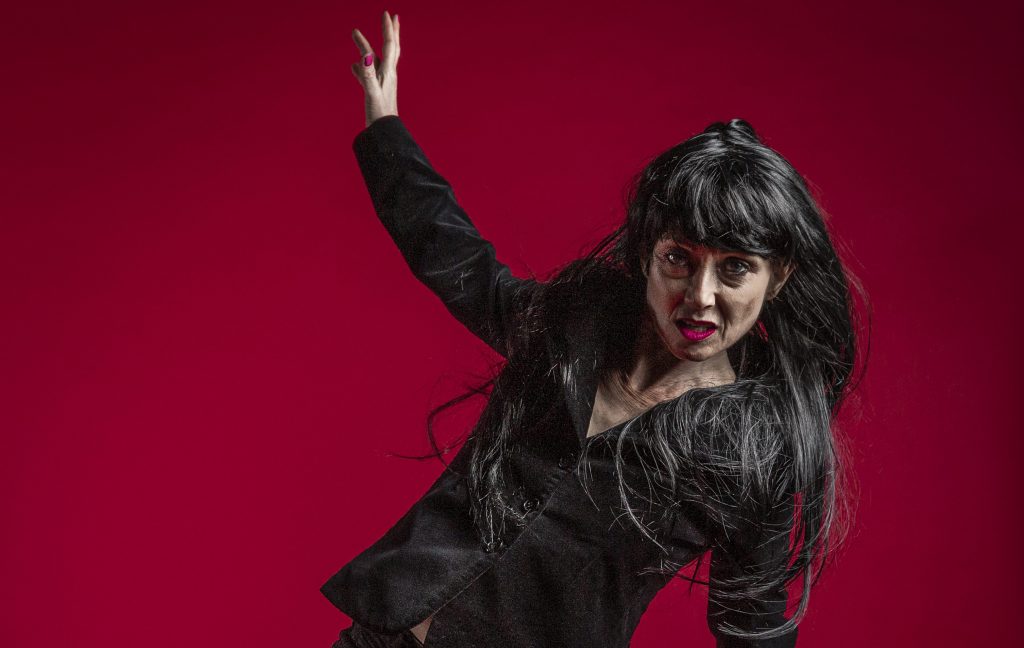 Acting characters is fun, exciting and at times, intoxicating but it is a dangerous craft. It is an artform that attracts many kinds of people, yet it is a considerably under-researched area of expertise, particularly in Australia.

Losing the self and becoming someone else are tropes sometimes associated with character acting, but the new term is transformational acting which, in my opinion, comes with work-related hazards.

I’ve been creating characters for around 35 years. I study acting as a practice-based researcher now and much of my work goes into the theatre I make, the actors I work with and train. In certain types of acting, such as realistic acting seen in plays such as Henrik Ibsen’s A Doll’s House or on Netflix in The Crown or Black Mirror, intimate relationships are formed between characters and the humans playing them because the actor shares a body, mind, and spirit. They share intimate details, and even underwear.

By sharing, actors create the character, someone who lives for a short time. This is one way of thinking among many and it is the popular belief of traditional Western acting training masters such as Konstantin Stanislavski, Michael Chekhov and others. Lee Strasberg’s Method acting has a notorious reputation for transforming the actor by living the role onstage and off.

While these are only a few methods, there is truth in the magical madness of them.  It is possible, and likely, that actors and the characters they play transform each other. Sometimes these relationships are interdependent, co-dependent and sometimes abusive with many variations in between. The relationship I want to talk about is all-consuming and at times, so richly rewarding and yet, can be self-destructive – that between actor and a traumatised, chaotic character. These relationships often appear in newspaper headlines, can fuel arguments on the safety of Method acting and even win Oscars.

Actors can transform into characters as a work-related practice, but it can become dangerous if it means losing the self. Investigating transformational acting, I discovered the small field of expertise discussing the process of what happens to an actor’s brain when they play characters and the likelihood of identity loss. It is here I came across boundary blurring. The term describes the boundaries of characters being blurred with the actor’s own boundaries and two identities, fiction and non-fiction blending onstage and off.

In 1996, I disappeared completely into a blurred psychology of fiction and non-fiction. I was a 23-year-old acting graduate keen to flex my acting muscles. The role was a stereotyped, sexually objectified ‘damsel in distress’ sex worker, heroin addict – a trauma-filled, chaotic character. I lost myself in the role and understanding what happened formed the central spine of my doctorate work.

This was not the first or last time I lost myself. In fact, I have made two solo works, Elizabeth Taylor is My Mother, and The Disappearing Trilogy, to figure out why. My discoveries led to the understanding that blending my personal reality with fiction exacerbated personal mental health issues and destabilised my non-fiction identity.

What happened to me and other actors is described by Maria Eugenio Panero in the scholarly journal, A Psychological Exploration of the Experience of Acting and understood as a blending between the imaginary, the past, memory and reality. There are few studies like Panero’s such as one talking about actors’ cognitive reprogramming into characters by way of repetition and repeating physical character actions.

Another study showed an actor’s identity transformed in the first weeks of rehearsals through to several weeks after. Cognitive science is being utilised to investigate and explain what we do when we act but there is much to learn about the job of pretending to be someone else and it is important. As I researched more into what happens when boundaries between reality and fiction blur definitively in realistic acting, I found parallels with mental illnesses such as PTSD and aspects of dissociative identity disorder. This is a critical issue as transformational acting receives much public adulation, often intersecting with aspects of mental health, particularly in playing roles containing trauma narratives.

Stevie. my recent ensemble theatre work, is the story of her fragmented selves coming together in the light of her disappearance on a busy highway. The play developed from my lived experience of disassociating from aspects of myself to avoid dealing with underlying issues caused by PTSD, suicidal ideation, and other mental illnesses. The fragmentations of self that occurred within me, developed identities of their own. This symptom is a well-documented aspect of trauma and some types of associated mental illnesses. Through my research into acting and transformation, I found it could, at points, straddle the territories of where some psychological issues lay because of boundary blurring, blending the real with fiction and losing the self. But, as Stevie. explores, the act of acting sometimes masks internal distress.

It does this by presenting a façade to the world, a brilliantly bright and yet at times, troubling character who often hides inner turmoil and potentially even fatal thinking. This is not to say that extreme behaviours are always linked to acting, but perhaps acting like nothing is wrong and pretending to be someone else are closely intertwined with some aspects of dealing with personal trauma. In the play, Stevie knows she is unable to cope with reality and it is her imagination that saves her until the two collide.

Transforming into many types of characters are a part of the work of actors. Though some actors do it well, some actors, emerging and experienced, encounter damaging internal and sometimes external repercussions. This aspect is rarely discussed, but it is present in professional and training practices, even offstage where the trauma of character-actor intimacy can sometimes play out privately.

I have connected with many theatrical character-actor relationships and studied many character narratives containing issues of trauma. They are timeless and popular because they’re complicated and fascinating to watch. Human beings love to watch a car crash turn into a raging bush fire when the framework around the story is tightly constructed as ‘make-believe’ or ‘pretend’. Characters such as Blanche Dubois from Tennessee Williams Streetcar Named Desire, or many of the characters in the Australian series Wentworth, even Doctor Who (once played by Christopher Eccleston whilst secretly battling anorexia nervosa) has an element of identity loss and trauma.

The job of creating and performing these amazing transformational characters shines a spotlight on the practice of fictionalising trauma using real life events. I believe, supported by my work, unstable identities can be created by playing these roles, but they are necessary, and dynamically rewarding. The unique skills set required in performing them needs more study especially knowing their parallels with some mental illnesses.

Further, my research work demonstrates female actors repeatedly performing stereotypes containing trauma narratives that, no matter how uniquely crafted, reiterate destructive perceptions of women onstage and off, in disempowering ways and can be linked to conversations in the #MeToo Movement. I confess, acting dangerously is something I love despite everything, but it is only ever successfully done safely, and this is one of the greatest paradoxes of transformational acting that exists.

If this article has triggered mental health issues we encourage you to seek support. For crisis and suicide prevention support, contact Lifeline‘s 24 hour crisis line on 13 11 14.  For more information and help with depression contact your doctor or Beyond Blue.

Dr Suzie J Jarmain is a specialist in transformational acting, realism, contemporary text and stage performance skills. She has worked with national and international companies including National Theatre of Scotland (UK), BBC Scotland (UK), Melbourne Theatre Company, La Mama Theatre and Australian Theatre for Young People. She won Short and Sweet Sydney in 2010 with her directorial debut It’s All the Rage and Phillip Parson’s Prize for her Masters project with Victorian College of the Arts. She is a regular guest teaching artist with Union House Theatre, Victorian College of the Arts, and Monash University. Suzie now presents work on transformational acting and identity at conferences internationally and nationally.