Adelaide’s arts community is mourning the passing of Frank Ford, founder of the Adelaide Cabaret Festival and Adelaide Fringe’s first Chair.
Richard Watts
[This is archived content and may not display in the originally intended format.] 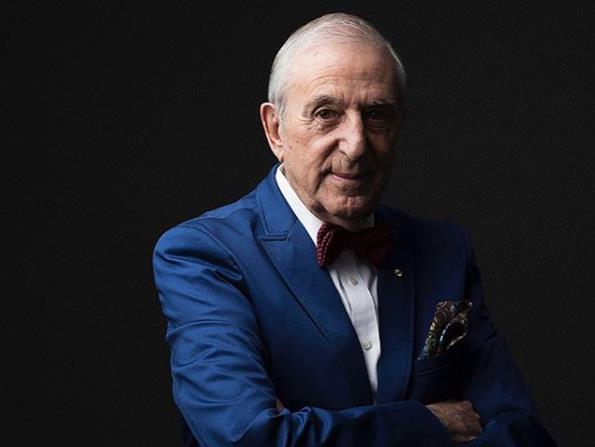 Frank Ford AM, a pivotal figure in the development of two of South Australia’s most significant festivals, died last week after a short illness. He was 83.

Remembered as generous, warm, gentle and encouraging, Ford was a mentor and ally to several generations of Adelaide artists.

Ford founded the Adelaide Cabaret Festival, first held in May 2001 and established in response to the shifting nature of the Adelaide Fringe.

‘The Fringe was intended to be a national showcase for new talent in Australia but it was being upstaged by these comedians who were stopping on route to the Melbourne Comedy Festival,’ he is quoted as saying on the Cabaret Festival’s website.

Ford was also the first Honorary Life Member of the Adelaide Fringe, having played a pivotal role in its development, though he was living overseas at the time of the first Adelaide Fringe in 1960, when the Fringe was established in response to local artists being sidelined by the inaugural Adelaide Festival.

‘The Fringe actually kept on growing so that by the time I arrived on the scene in 1974, there were about 80 shows,’ Ford told this writer in 2012.

Having lived and worked in New York for many years, including directing plays off Broadway, Ford was invited to formalise the Fringe upon his return to Adelaide.

‘I organised the local community theatre companies and organised an association and it went very well, and so the government approached me then, saying “Well look, the Fringe of the Adelaide Festival has been growing over the years but it’s not an organisation, we can’t give it any money. Would you form it into an incorporated body so that we can fund it?” Which I did, and it just took off from there. Once we got it, I was running it out of the storeroom of the Drama Department at the Adelaide University!’ Ford explained.

As the Founding Chair of Adelaide Fringe Festival in 1975, Ford was also responsible for renaming the festival.

‘One of the first things I did when I incorporated it was I said, “We should change the name to ‘Focus’ because at that time practically everything in the [Adelaide] Festival was imported …  and it was in the Fringe that you got Australian stuff being done, and Australian artists, and so the official name became Focus Adelaide Festival Fringe for about 20 years after that,’ Ford said in 2012.

‘That was a very important statement which I always used to argue for, that we should be trying to build our own culture. That’s how much we’ll be judged in the future; not by how well we can reproduce other people’s cultures but how much we can produce ourselves …  So that was important, getting the philosophy right at the beginning, and arguing the case – that’s why I objected to the name “Fringe” because it was peripheral, wasn’t important, just something on the edge, you know?’

Douglas Gautier, Adelaide Festival Centre CEO and Artistic Director, said: ‘Frank Ford was core to the fabric of arts and culture in this state. Frank was the father of Cabaret and the very reason the Adelaide Cabaret Festival exists. This is a huge loss to us all, he will be remembered for his passion, mentorship and the lifetime legacy he leaves.’

She continued: ‘He would meet with me monthly and come with pages of notes and suggestions at how the festival could grow and remain artistically vibrant. An hour meeting would easily turn into two! He was always so warm and charming, I just loved the smiles and enthusiasm that were always at the ready to champion new ideas and artists.’

Former Artistic Director of Adelaide Cabaret Festival (2001-2008) Julia Holt, who started the Festival with Ford, said: ‘Frank’s many and varied professional achievements, with his personal commitment to supporting and encouraging young performers and creative minds, cement his status as an elder Statesman of Adelaide. For those of us lucky enough to have him as a mentor and friend, Frank gently held a velvet cloak above our shoulders. The challenge we have now is to fill that cloak, in testimony to his faith in us. We will so miss Frank’s smile, his old school diplomacy, his generosity, his expertise, his enthusiasm and, most of all, his kindness.’

Adelaide Fringe said in a statement: ‘The Adelaide Fringe family is saddened to hear of the passing of the festival’s founding chairman Frank Ford AM. Known as the “Father of the Fringe”, Frank made an enormous contribution to the South Australian arts sector. He was incredibly passionate about providing an open access platform for young artists to present work … [and] was a founding member of the Adelaide Fringe Donor Circle giving grants to artists. Frank continued to be a passionate Adelaide Fringe Award judge right up until 2018.

‘While Frank will be missed, his spirit and unrivalled passion for the Adelaide Fringe will live on in the festival’s commitment to free expression. Our condolences and thoughts are with his partner Sam Harvey,’ the statement concluded.

Others paid tribute to his passing on social media. On Twitter, Arts South Australia described Ford as ‘not only a dynamic and passionate advocate for the arts, but part of the bedrock upon which South Australia’s “festival state” was built. His loss will be deeply felt by the entire arts community.’

Performer, producer and former Artistic Director of Adelaide Cabaret Festival, David Campbell wrote: ‘I cannot imagine what the arts scene in Adelaide would have been like if there was no Frank Ford. A true gentleman and visionary. We adored working with him and laughing with him with the Cabaret Festival. He will be missed. Vale dear friend.’

In a post paying tribute to Ford, accompanying a track written in his memory, composer and sound artist Jason Sweeney said ‘He encouraged me to be an artist without compromise, to experiment, to be a free spirit, to break the rules, to live and breathe creativity … He will be dearly missed – but his spirit will live on in the lifeblood of Adelaide arts.’

Ford is survived by his long-time partner, Sam Harvey.