The sales of literary fiction and how publishers support it are in the spotlight following latest restructure at Penguin Random House.
Brooke Boland
[This is archived content and may not display in the originally intended format.] 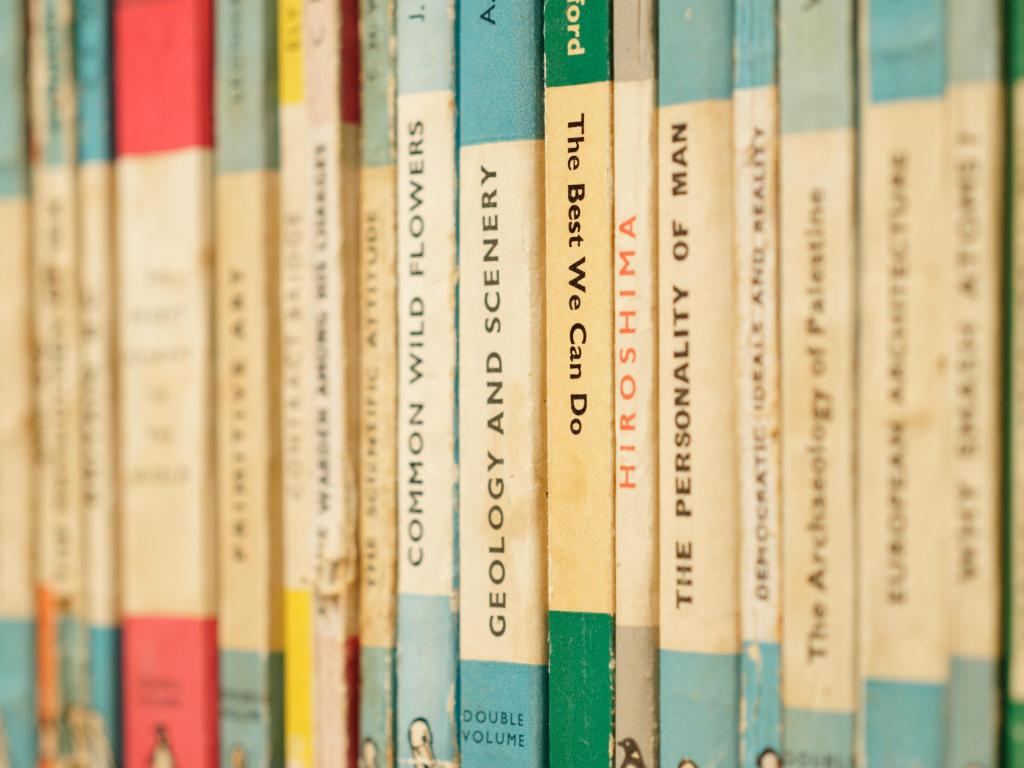 Photo by Karim Ghantous on Unsplash

Ball was promoted to the position of Publishing Director of PRH Literary only last year, when Penguin established its separate Literary division in June 2017.

At the time the new division was announced, PRH group Publishing Director Nikki Christer said in a statement that PRH ‘seeks to build on its traditions of literary excellence, with the ambition of being the great Australian literary house’.

She added: ‘To ensure that happens, so that our future is even brighter than our extraordinary past, to remain vibrant and innovative, to enable us to find and nurture the great writers of tomorrow, we are bringing together some of Australia’s most celebrated literary publishers and editors into a dedicated literary team.’

With those words, PRH Literary was born. But today, less than a year later, we witness what seems like a sudden change in direction.

The latest statement from Christer released on 16 May 2018 said Ball’s dismissal follows a review of the existing company structure. ‘We no longer require the role of Publishing Director – PRH Literary.  In consequence, Ben Ball will be leaving the business today,’ the statement read.

Less than 24 hours later, Senior Literary Editor Meredith Rose had also resigned. Books+Publishing reported that Rose confirmed her resignation was made ‘as a consequence’ of Ball’s departure.

These cuts and resignations have occurred at a time when the sales of literary fiction have been raised as a concern for publishers. Marika Webb-Pullman, Senior Commissioning Editor at Scribe, told ArtsHub that literary fiction is one thing in publishing that has changed.

‘Our publisher, Henry Rosenbloom, recently returned from his annual New York and London trip with the sobering news that sales of literary fiction are decreasing across the board,’ said Webb-Pullman.

‘Whether this proves to be temporary or permanent remains to be seen (I hope very much it’s the former) but happening in concert with this is the shrinking of space given to book reviews in Australian media, which suggests a kind of cultural devaluing of books, that is very concerning.’

Is this about literary fiction or merger?

A report commissioned by Arts Council England (ACE) published in 2017 found that print sales of literary fiction in the UK had fallen over the last decade and remain significantly below where they stood in the mid-noughties.

While there is speculation that Australia is experiencing the same drop, specific sales figures are unavailable.

Managing Director of Readings Books Mark Rubbo said ‘the industry has been a bit flat overall, but not necessarily in one area.’

‘Literary fiction for us is still strong … [recent releases by] Sofie Laguna, Alex Miller, Michelle de Krester, Richard Flanagan — they are big names alongside Tim Winton — probably the sales have been a bit disappointing for those. But publishing goes in waves and you get trends that come and go. In non-fiction there were some big ones last year that sort of overshadowed everything else,’  he said.

‘The latest Winton [The Shepherd’s Hut] has gone well, but probably not as well as I would have thought given all the news and publicity it’s had,’ he added.

Read: Tim Winton on toxic masculinity and the pressure to sanitise what we create

When it comes to the restructure at PRH, Rubbo doesn’t believe it has anything to do with literary fiction sales, suggesting rather that it comes back to the merger of Penguin and Random House in 2013.

‘It was always difficult merging the two publishing houses because there was a seperate Random House publishing division and the team at Penguin had one. I think they’ve been trying to make it work for a long time and it just got to a point where it didn’t work anymore and something had to give,’  he explained.

‘I think it is more of an internal company thing rather than any indication of the state of publishing in Australia.’

However, Professor Terri-ann White FAHA, Director of UWA Publishing said, ‘We can expect there’ll be more turbulence as has just happened at Penguin Random House, and that’ll shake the foundations in the leadership and cultural brains trust of this industry.’

White said Australia is experiencing a drop in sales of literary fiction. She attributes this to competing media that fights for readers attention.

The concentration of close reading habits that develop over a lifetime have changed, particularly in an age dominated by digital and social media, she said.

‘For me, it is all about the competition out there in the world: long and short-form, Netflix, podcasts, being obsessed with global crises. That might sound like a glib response but, from my own experience, I reckon what square people once called the “information superhighway” has trumped much of the slow reading we once did.

‘I know dedicated readers who have slipped out of that habit of reading fiction, claiming that the mental space required in entering the world of a novel is too hard to claw back in the face of all other stimulants readily available to us,’ White  said.

Another possible factor is the increase in the number of books released by publishers annually.

‘The way we are all publishing more to shore up our revenue [is an issue]. It’s rather dazzling and a little frightening that the annual releases in fiction and non-fiction are creeping up and none of us are really talking about it. This has been very noticeable in the last two years in particular. But it is making it harder to realise good sales results for each book and it means we have to stretch our other resources to take each book out to readers,’ said White.

‘The matter that is troubling me, of too much fiction – including literary fiction – being published here comes at a crucial time when there is so much competition for our concentration.’

Lyn Tranter, literary agent at Australian Literary Management said although the news of Ball’s departure from PRH Literary was sudden, cuts are happening ‘right across the board.’

‘They are cutting back because sales are down … Once, and not that long ago, if you debuted a literary author you would bank on getting sales of a minimum of 3,000. And when you print 3,000 you actually break pretty even. You’re not making profits, but you can break even. And now a lot of those literary fictions are only selling 1,000. You can’t break even on that, you’re losing money. Even if you don’t pay an advance you can’t make it work,’ Tranter explained.

As an agent, Tranter said there are now words she knows she can’t use when selling books to publishers. ‘I can’t use the word “essay”, I can’t use the words “short story collection”, and I would certainly never call a book “literary” because I want them to think they will get it into the DDS [discount department stores].’

But the situation appears to be different for big publishers compared to independent publishing houses, according to Rubbo.

‘One of the things that I think has changed is with the big commercial houses. A lot of the publishing [of literary fiction] is being done by independents like Text and Black Inc. Some big publishing houses are going through structural changes and that kind of publishing is being picked up by independent publishers instead,’ he said.

Penguin Random House declined to comment for this article when contacted by ArtsHub.