After 25 years, RealTime is calling it a day, but not before celebrating its significant archive of reviews, interviews and other documentation of the sector.
Richard Watts 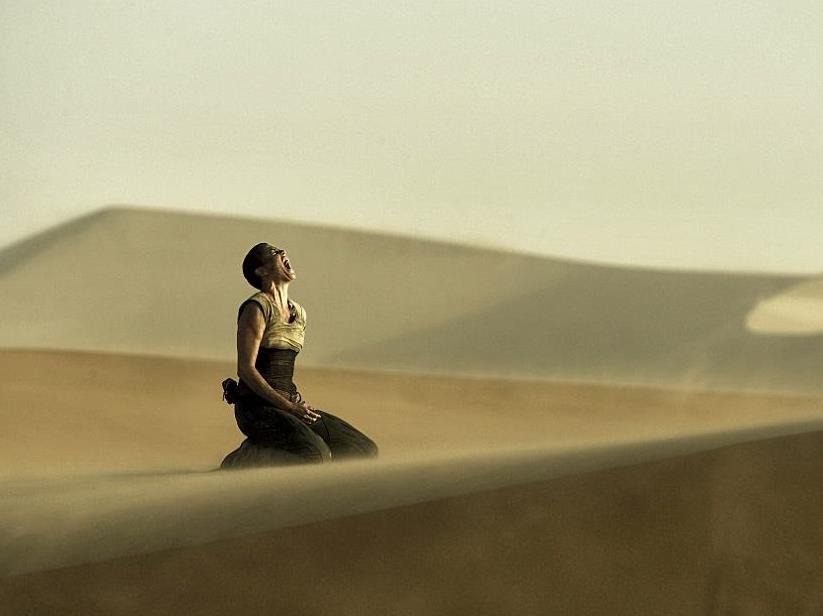 The news was announced by founders and Managing Editors, Virginia Baxter and Keith Gallasch, in their editorial on Wednesday.

‘This is the last edition of RealTime. It’s been an extremely difficult and a very sad decision to make to draw the magazine to a close – to cease weekly publishing at the end of 2017. In 2018, the magazine’s 25th year, we will complete the archiving of the deeply personal, totally consuming project that the magazine has been for us. It’ll be a year of reflection and celebration for RealTime’s many contributors, readers and supporters and, we hope, provide an enduring legacy – a unique record of a period in which the arts have radically transformed,’ Baxter and Gallasch wrote.

Established in 1994, RealTime’s first 21 years were as a bi-monthly print magazine, distributed nationally. It first appeared online in 1996, eventually becoming an exclusively online publication in 2016.

Baxter and Gallasch, together with the Board of Management of Open City, which publishes RealTime, said the decision to cease publication was a direct result of the ongoing impact of social media on advertising.

‘This decision, made by the Board of Management of Open City and the Managing Editors and in close consultation with the Australia Council for the Arts, the association’s key funder since the magazine’s inception, was not an easy one. But it was a necessary one. Despite considerable creative and technical effort — and achievement — in 2016-17, it was clear the operation would soon become unsustainable, a result of the widely felt negative impact of social media on advertising sales,’ their editorial stated.

In 2018, RealTime’s 25th year, the magazine will be published informally but no longer on a weekly basis. Staff will focus on completing and making publicly accessible the vast and expansive RealTime archive, which documents Australia’s arts sector from 1994 to the present.

‘We’ll forage around and dig into the treasure chest, bring out rare gems – we did a bit of this in the current year, the Deep Archive, which was very popular – going back to 1994. Some of the artists we wrote about then are quite prominent now. There’s some fascinating stuff in the archives,’ Gallasch told ArtsHub.

Providing access to the archives would also allow for greater understanding of past art world trends, he continued.

‘There was the hypertext revolution from 96-97 to the early 2000s … online, new media creative writing work which then kind of disappeared from view. There was also internet art, which didn’t come to much in the long run, but there was some great work there. Things like that, where people invested a lot of time and space and which are regarded as curios now.

‘On the other hand, you can see the trajectory of young artists evolving – getting some of their first reviews in RealTime in the 90s and who are now quite, quite prominent. And other artists from that time who are not famous but remain mid-career innovators, and who deserve great respect as well,’ he said.

The last year of RealTime through 2018 will become a celebration of the magazine, and a chance to meditate on the history it has honoured.

‘When we make an interesting find we’ll alert people through social media – ironically – and put out some special editions, but by the middle of the year we’ll be building up overviews of the period so that we can publish a much deeper reflection rather than just issuing bits and pieces,’ Gallasch said.

The opportunity to end the 25-year project which was RealTime was a bittersweet experience for Baxter and himself, despite the opportunity it had presented them to document art trends over the years, Gallasch added.

‘Finishing this is like finishing a project. It’s been very personal for Virginia and I … For us it’s been living the arts life. So while leaving it is sad, on the other hand, the opportunity to wrap this up in a decent way, to wrap it up properly and leave a really cogent archive which people can use for research and artists can use to look back on their own work, is a fabulous way to end a 25 year trajectory,’ he said.

Arts sector representatives responded to the news RealTime had ceased publication with shock and sadness.

Jeff Khan, Artistic Director and CEO of Performance Space, said it would be hard to imagine the Australian arts landscape without RealTime. ‘They have been the backbone of critical conversation about experimental, independent and contemporary arts practices in Australia for 25 years, and they’ve done much of the heavy lifting when it comes to in-depth, deeply informed discussion about what our artists are doing, and what it all means in a wider cultural arena,’ he told ArtsHub.

‘They have also supported the careers and development of hundreds of writers in Australia. Fifteen years ago Keith and Virginia gave me my first ever writing gig, reviewing pvi collective’s TTS: Australia in Perth. I’m sure my writing was pretty bad at that point, but Keith’s generous and rigorous editorial hand helped me find my voice and I know that many writers owe them the same debt of gratitude,’ Khan said.

Executive Director of the National Association for the Visual Arts (NAVA), Esther Anatolitis said: ‘We need to recognise and celebrate just how very much Keith and Virginia’s leadership has meant to the arts in Australia. RealTime has meant so much to me personally, as a writer as well as a reader – but more importantly, it’s given the arts a dedicated space for deep exploration, meaningful critique and rigorous thinking. And in Australia’s public discussions, nothing is needed more right now than exactly these approaches. RealTime’s deep commitment to experimentation invites new leaders to step forward – now is the time.’

Emma Webb, Director, Vitalstatistix added: ‘It’s impossible to overstate the contribution this publication has made to critical discussion of contemporary performance, nurturing dialogue and a community for and of artists – and nurturing writers; and being a platform for a truly national picture of incredible art made or presented in Australia. Being based in Port Adelaide, South Australia, I have absolutely relied on RealTime to get a really rich sense of what is happening around the country.

‘I have to be honest, I kind of feel like we all should feel some shame around this. Certainly Federal and State funding decisions are to blame but also that we as a sector have somehow not managed to help RealTime to stay buoyant. It really is such a huge loss and feels like a real marker in time, post-Brandis, and more broadly where arts media and criticism are at,’ she concluded.