Opening the doors on their new Victoria Gallery, the State Library of Victoria redefines the role of the library to add another exhibition space to its many facets.
George Dunford 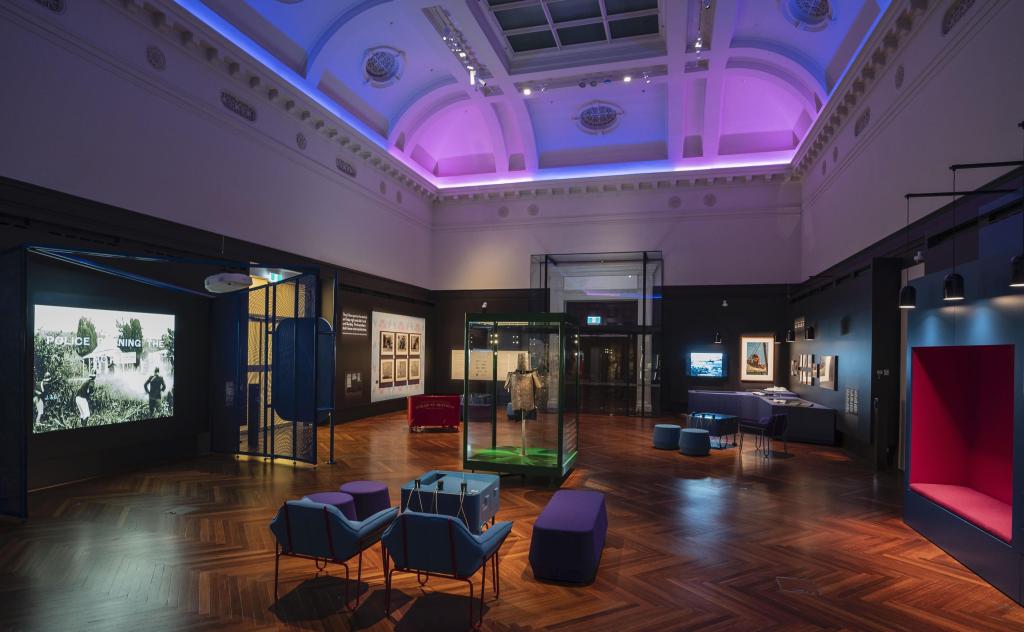 A new space for some of the library’s treasures including the iconic armour of Ned Kelly. Image supplied.

Ned Kelly’s armour and the Ashes Urn are unlikely objects for a library to display but the State Library of Victoria (SLV) has never just been a library. The library’s newly unveiled Victoria Gallery shows off some of its collection to tell stories of the state and the nation.

The 500-square-metre space was once home to the National Gallery of Victoria and then held Melbourne Museum’s ethnographic collection until the late 1990s. Until recently the space was used as staff offices but it’s been stripped back to become a large open space with smaller nooks and display areas to draw visitors into exhibits. It’s phase two of the $80 million reconstruction project that Victorian Minister for Creative Industries Martin Foley said will take the ‘state icon to a new level in a digital age’.