Prepare to fail: how to be successful in a virtual AGM 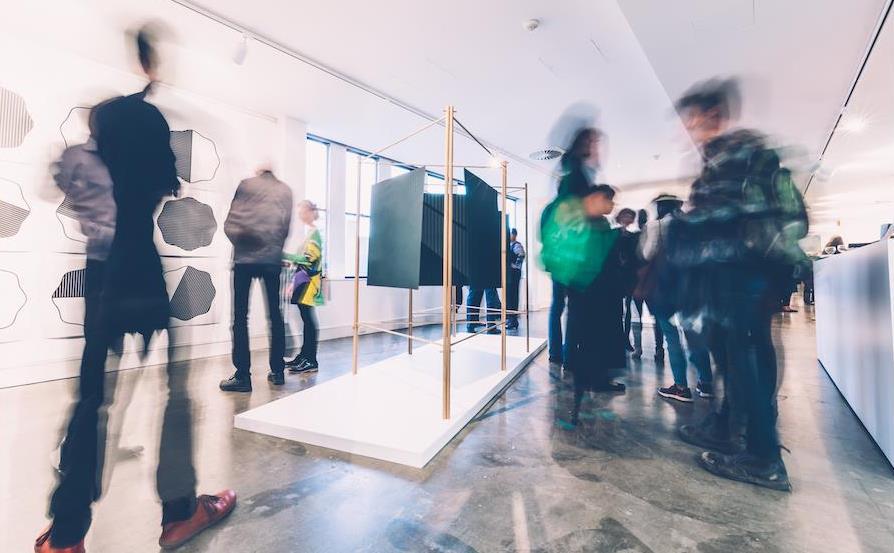 Arts organisations are used to innovating, to doing more with less, and having a healthy risk appetite to try new approaches. These uncertain times are no exception.

In the context of physical distancing and other transmission reduction measures in response to coronavirus (COVID-19), Craft ACT: Craft + Design Centre chose to hold its annual general meeting (AGM) by video conference recently. It was a success: we learned valuable lessons which may be useful to other arts bodies who are trying to work out how to meet reporting and acquitting requirements to ensure the smooth running of an organisation.

Our constitution requires us to hold an AGM on the last Tuesday of March each year. It states that we need a quorum of members equivalent to 10% of paid memberships: this year that magic number was 34 members. Reaching this quorum can be a challenge even in the simplest of times because our members lead busy lives.

Autumn for Craft ACT is heavily focused on the four As: auditing, acquittals, annual reporting and the AGM. We could have sought an extension from our funding partners to defer the AGM and related reporting. However, as many arts managers would understand, a heavy burden is lifted when we finally press send on the online acquittals and can return our focus to the creative work we love.

This year, we also had a board renewal plan in place with our long-term president retiring and new board members hoping to be part of the next chapter of the Craft ACT story.

I reviewed our constitution to ensure that we could meet requirements and the spirit of reporting. We could.

Not everyone was convinced that trialling a video conference AGM was a good idea. I worked carefully to bring my board and members with me onto this sharp learning curve into the world of virtual meetings.

We researched various videoconferencing platforms to find one that was user-friendly and free for our members to access, and chose Zoom.

We had used Zoom for the first time just over one week before the AGM. I say this to reassure anyone who is considering using video conferencing for their AGM: we were not Luddites but we were not all tech-savvy digital natives either.

We exceeded our quorum (43 members attended). Most of the participants had never used Zoom before and found the process a positive experience. On reflection, the two most important pieces of advice I can give anyone considering a virtual AGM are: bring your people with you and prepare to fail.

Bring your people with you

One of the most important documents I prepared to support the virtual AGM was a simple Q&A. It explains how the meeting would work, how to participate and why we were proceeding. We also shared a useful how to sign up to Zoom graphic tutorial.

I prepared a detailed brief for the meeting chair. It outlined exactly what was needed in terms of online etiquette and outcomes from each agenda item. I think this helped to give the participating members confidence in the process.

We gave our members plenty of time to review the reports in advance of the meeting. All documents were available online over a week before the AGM, and we shared the links with our members.

In all our planning for the virtual AGM, we were prepared to fail. At times to be honest we expected to fail. And using Zoom technology for the first time with a large group, meant there was a very high likelihood that it could fail.

To mitigate this, we did a few trials of Zoom beforehand. From the trials, we determined the process and the etiquette:

Three hours before the AGM I felt we needed a way to communicate outside Zoom in case there were any technical difficulties or compliance concerns. Having been through previous round-table AGMs I knew that there was a chance that something unexpected could happen.

The chair plays the most important role in delivering the AGM online: keeping an eye on procedure, technical issues, feedback from participants and compliance. Usually I sit next to the chair during the AGM, but this wasn’t possible given that we were social distancing and sitting several suburbs away.

We needed a way to support each other during the meeting without announcing it to all participants. I set up a Whatsapp group called AGM Helpline with the chair, secretary, and a Craft ACT support staff.

Using our mobile phones, we were able to let the chair know when we had a quorum to start the meeting. We could remind to turn the mute function on or off, bring questions from members on the chat forum to the attention of the chair, and double check during the meeting that we recorded who moved and recorded acceptance of the reports.

For instance, one retiring board member’s name had not been mentioned so a text reminder was sent to the chair. She could then thank the board member before the meeting ended and have this recorded in the minutes.

The Whatsapp group meant we could ensure we covered all our requirements during the meeting. It’s possibly something we could use in a physical AGM, not only a virtual one.

Would we do it again?

We would definitely run the AGM virtually again if the circumstances were appropriate.

Our reports were straightforward this year – 2019 was a year of growth, excellence, successful collaborations and a strong and cohesive team. If there had been any contentious issues, or a significant change to the constitution requiring a vote, then I am not convinced that the virtual AGM would be a good idea: there is not enough opportunity for discussion and debate. But for regular AGMs it was a successful option and I’d recommend it to other arts organisations.

We found there were some advantages to holding the AGM on Zoom. We could generate a report of who participated to accurately record attendees and we could audio record proceedings to assist with minute taking.

In many ways, our contemporary craft community, which is built on a culture of collaboration, mentoring and exchange, knows better than most that we have a greater advantage when we work together.

I felt a little emotional when we observed the participant numbers creeping past our minimum quorum, and then seeing the friendly faces of our arts community. It was a welcome boost to the spirit of the Craft ACT team to receive this support, and showed us the solid foundation that underpins Craft ACT which will help us through these challenging times.

The AGM was a success but I missed the chance to catch up with our members in person. It’s in the relaxed conversations with members that I can learn more deeply about their practice and challenges, their news and opportunities, and how we can support them.

Although these virtual measures are important during the current restrictions, I look forward to connecting with the close-knit Craft ACT community in person again, in safer and healthier times.

Rachael Coghlan is the CEO/Artistic Director of Craft ACT: Craft and Design Centre and the Artistic Director of DESIGN Canberra festival (2016, 2017, 2018, 2019). She gained her PhD from the Australian National University, and for 20 years she has worked in leadership roles in national cultural institutions and arts organisations.