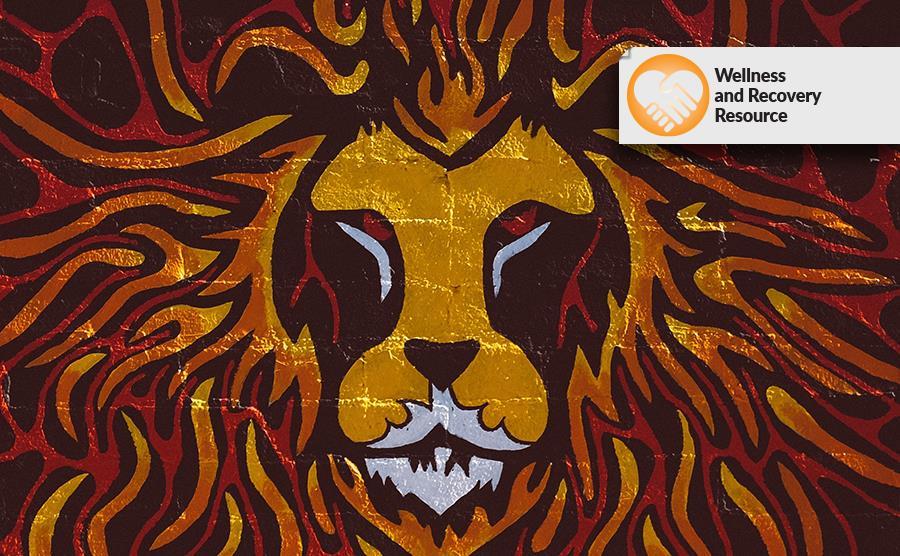 I’ve always thought of myself as an anxious person. I cover my eyes whenever fake blood is about to be spilled on telly, and I have to give myself a pep talk prior to social occasions including my daughter’s playdates (eight-year old girls are a tough crowd).

But you know what the flipside of anxiety is? It’s not self-confidence, or self-esteem, or self-efficacy, or anything else beginning with self and ending with a diploma in positive psychology.

The flipside of anxiety is courage.

The ancient Greeks considered courage to be a fundamental virtue which preceded all others. Contemporary researchers also define courage as constructive opposition in aid of a  cause. In other words, courage has a moral dimension: it involves risking something for what you believe in. It’s not inherently courageous to steal, kill or pretend you don’t know who ate the last of the biscuits in the face of overwhelmingly damning evidence. It’s gutsy (especially with the biscuit), but it’s not an act of moral fortitude in the face of negative social forces.

What is the difference between courage and confidence?

Self-confidence is also a useful trait and is defined as a belief in your own ability to shape your present and future. But the thing I like about courage is that, even when you are feeling completely unconfident, that you are absolutely incapable of doing a thing, you can still choose to do it. You don’t have to wait until you feel better about yourself. You can act.

I love this aspect of courage, because I rarely feel confident, but I always feel scared.

To be courageous, first you have to be scared

I used to think being confident or courageous was a genetic trait; that artists were born with an innate belief in themselves which made it easier for them to take risks. As I got to know more writers, I realised that actually most of us are riven with self-doubt – even the ones we think should have nothing to fear wonder from time to time if they should chuck it in and become ‘real’ professionals. Ernest Hemingway, Nina Simone and dozens of brilliant writers, musicians and artists have drowned their fear with whiskey or hidden it under a veneer of illicitly induced calm.

I would have done that too, if I could have. In my early 30s I tried writing and drinking red wine in the middle of the day, but instead of taking the edge off my anxiety it just made me go to sleep, nodding off at my computer screen, cursor blinking. My choices in life can be pretty much whittled down to these two existential oppositions: bed or bravery.

Why making art is an act of courage

There is a difference between doing something because it is difficult and doing something because it is the right thing to do. Susan Sontag explains that simply doing something which is personally difficult or revelatory is not the same as acting with courage. For example, it might be brave to decide to lose weight, but employing Susan Sontag’s reasoning about courage, it is not courageous to do so unless, say, you are standing up for the right to lose weight in a society where it is frowned upon. To qualify as an act of courage, an act must also have a social, principled dimension.

In a society where neoliberal productivity is the lens through which each individual’s worth is evaluated, it is an act of moral courage to create art. In her book Courage, Maria Tumarkin describes the poet Joseph Brodsky’s courage to remain thoroughly himself in the face of questioning about the value of his work. On trial for ‘parasitism’ in 1964, the judge asks Brodsky who enrolled him in the ranks of poets – in other words, who said what he does is of value and not merely a drain on Soviet resources? Brodsky replies, ‘No one. And who enrolled me in the ranks of humanity?’

Every day we create, we enrol ourselves in the ranks of humanity. This is why I think courage is more important for artists than confidence. When we make our work with confidence, perhaps we feel better about the work; maybe it comes a little easier. But when we make our art with courage, we move beyond the constraints of the time and space we live in. We participate in the arc of human history. We join the ranks of humanity before and beyond Tumarkin, Sontag and Brodsky, saying yes, this matters.

This article is based on Jackie’s work-in-progress manuscript, Spirituality for Non-Religious People.

The Wellness and Recovery Resource is supported by the Judith Neilson Institute for Journalism and Ideas.