25-years ago six Aboriginal women from WA’s Kimberley region and Western Desert exhibited together for the first time. The landmark show is being restaged.
Glennys Marsdon
[This is archived content and may not display in the originally intended format.] 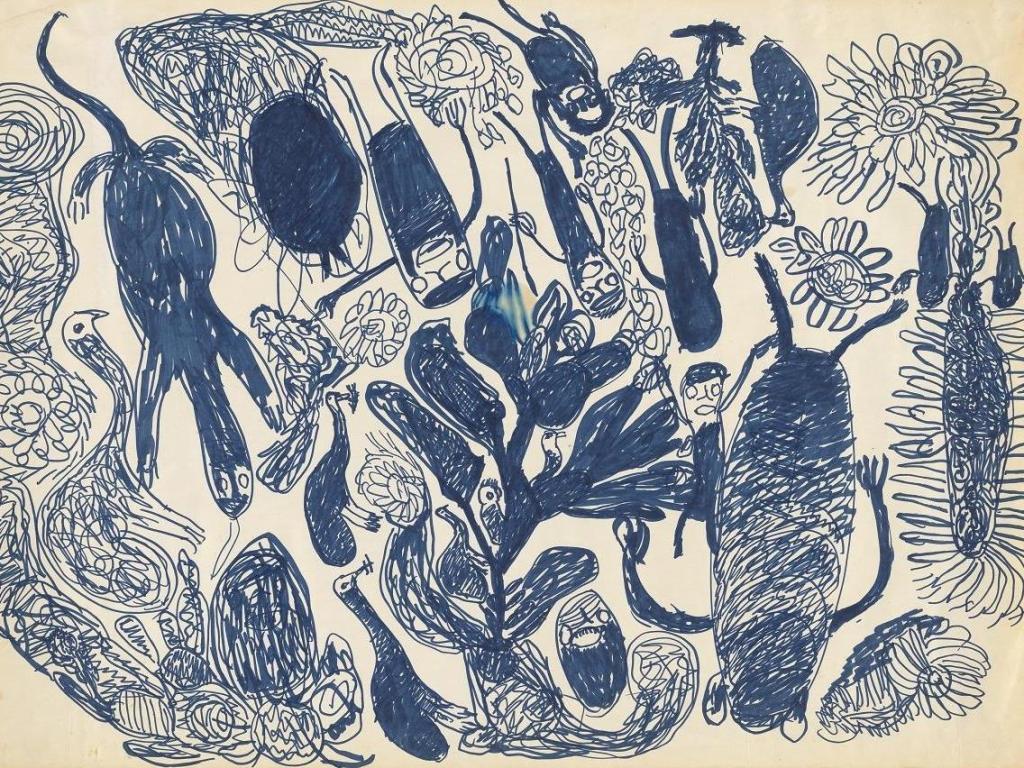 A quarter of a century ago six Aboriginal women from WA’s Kimberley region and the Ngaanyatjarra Lands of the Western Desert exhibited together for the first time.The ground-breaking show represented the first exhibition to focus on key female Aboriginal artists living in these regions.

25 years on, the Fremantle Arts Centre has managed to locate all the paintings and bring them together again for a restaging of Bush Women: Fresh Art from Remote WA.

As I entered the galley space it was a delight to be greeted by the women, their beaming smiles hinting at the fun they had. The exhibition presents the unique individual styles of Paji Honeychild Yankkarr, Daisy Andrews, Queenie McKenzie (Gara-Gara), Tjapartji Kanytjuri Bates, Tjingapa Davies and Pantjiti Mary McLean.

Each artists’ work is presented in its own section and begins with information about their date of birth, place of birth, heritage, biography, art practice and key exhibitions. I recommend taking the time to read the didactics prior to looking at the art work, the background stories add another layer to the pieces presented.

Stories like Queenie McKenzie’s mother catching the smell of a white echidna one morning, which bought on morning sickness and told her she was pregnant.

The collection is spread over three gallery spaces and gives viewers an insight into the diversity of remote community living. Each painting reads like peeking into the women’s diaries.

There’s McKenzie’s depiction of the abundance of mangoes in the Kimberley. Or her tale of the barramundi who, when trapped in a cave by women, leapt over their heads to freedom, loosing some scales on the way that fell into the shallow water and became diamonds.

In the same space Pantjiti Mary McLean (pictured top) tells stories of family life, including hunting pythons, water holes and the serpents there in, and the Goanna Men who were said to be “nuisance men to women”.

Also worth noting is the selection of natural pigments collected by McKenzie. These serve to further highlight the connection between the land and the paintings. The black pigment was used by mixing charcoal and eucalyptus sap. All the colours were mixed with wood glue then painted on with a brush.

Leaving this space and entering the corridor we see the vibrant, geometric works of Paji Honeychild Yankkarr. She tells stories of soak water holes, plus stories of cooking seed pods before eating them. Further along is Daisy Andrews’s work featuring “Jalnajarti after the wet”, along with images from the Canning Stock Route and the stony country of Broken Hill. The rich bold colours of both these artists form such a strong contrast to those in the first gallery.

Making your way to they last space the viewer passes a map outlining the origins of each woman. It quite easy to miss, but well worth stopping to gain a greater appreciation of the breadth of the countryside depicted.

The final gallery housed the highly detailed works of Tjapartji Kanytjuri Bates, this one showing the Seven Sisters gathering wild food while being pursued by Yula, who has turned himself into an emu.

Similar themes appear in Tjingapa Davies work; ther piece showing the range of bush foods including bush tomatoes, bush olives, and bush apples where she grew up in Warburton. The muted green and pink colours stand out among the rest of the exhibition.

When you think that the collection is usually spread out in public and private collections across the country, it was a real delight to see them all together again. What’s more, they were put together by the original curator John Kean, in collaboration with FAC’s Special Projects Curator Erin Coates.

Kean has also written a commemorative book with senior academic Dr Darren Jorgensen and researcher Dr Sheridan Coleman. This book is a nice touch given diary-like stories represented in the exhibition.