This multi-language solo performance by artist Jodee Mundy sheds light on a diverse community and should be incorporated into the Australian school curriculum.
Andrea Simpson
[This is archived content and may not display in the originally intended format.] 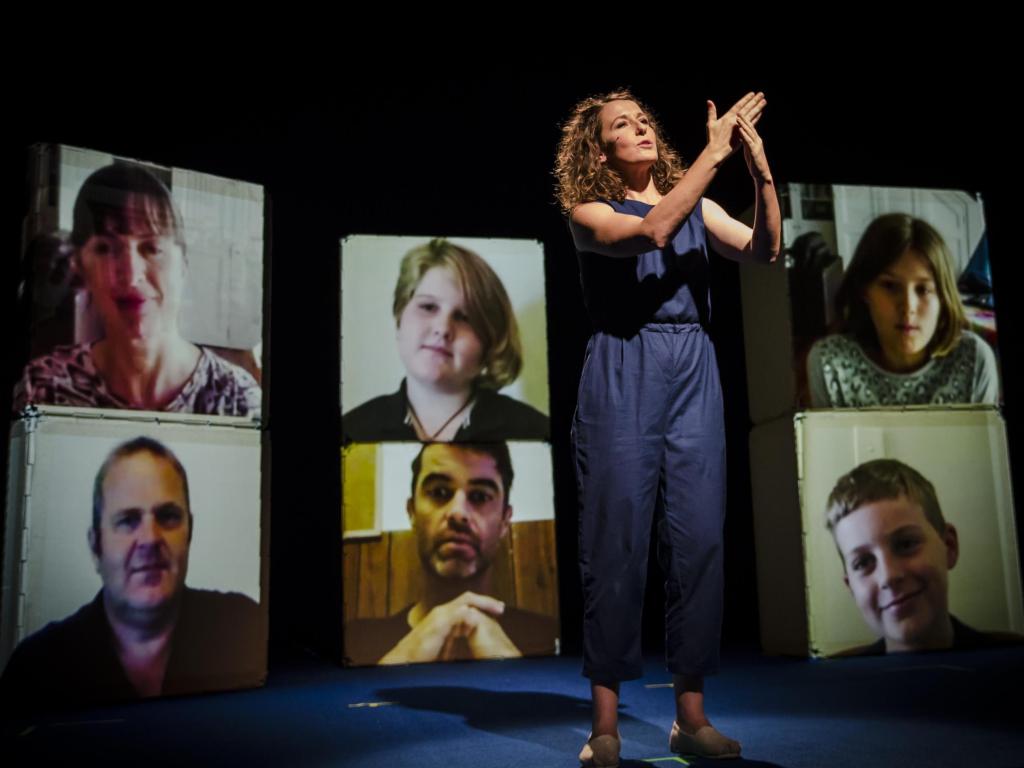 Jodee Mundy is the creator and performer of Personal, a solo, multi-lingual, and multi-sensory performance. As Mundy has explained, Auslan is her native language and English is her second language. ‘I’ve never seen “disability” – I only know the love and protection of those closest to me,’ she said.

On a personal note, as I sat down at Arts House for the opening night of Personal, I realised the full extent of my ignorance about the Deaf community in Australia, and my lack of knowledge of the language Auslan. I immediately felt ashamed by this – considering I am an Aussie millennial who was educated in the public school system and never had the opportunity to learn Auslan (though I did have the option to learn the German and Indonesian languages which have yet to serve me in my day-to-day life).

Luckily Personal doesn’t discriminate. Inviting deaf and hearing audiences alike. This is a notable and important example of where access is not part of the performance, access is the performance. 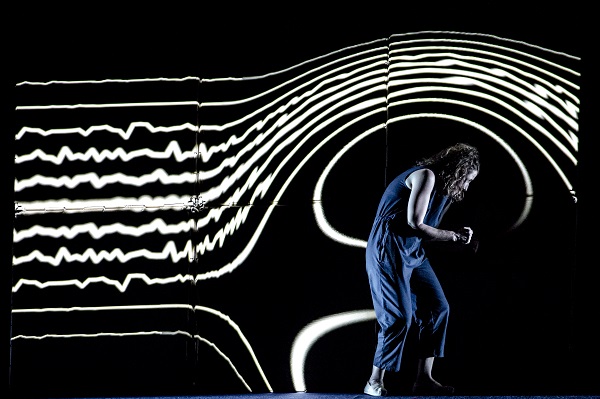 Mundy is an engaging performer with so much warmth that you are instantly comfortable in her space as she tells her story.

She lays bare 40 years of her life as a Coda – actually OHCoda, which means Only Child of Deaf Adults.  Personal is a multi-sensory one hour show that features performance, storytelling, multimedia and animation. Mundy is her own virtual interpreter with creative captioning delivered perfectly throughout.

Super 8 film footage of Mundy as a child with her family was projected onto large cubes (which she moves around the stage). This was an extremely effective way to visually tell her story.

At one point in the performance, we see a young Mundy, around primary school age, beaming at the camera as she is interviewed for a documentary about her life as the only hearing person in her family. This would be a lot emotionally, I would think, for a child to manoeuvre but the young Mundy beams with happiness and pride as she talks of her family and their life at home.

Another touching and moving scene projected on the screen is when Mundy and her brother have a conversation on some of the harder parts of life. As the only hearing person in the family Mundy was often asked to help with certain tasks. ‘You were made to do all the phone calls,’ her brother signs.

Mundy is graceful and emotionally giving, even as her brother explains that placing this burden on a small child to him seemed unfair. This moment touched me immensely. Mundy has spoken on how difficult life was for people living with disability in the eighties and this exemplified one of the many barriers to communication the Deaf community had to deal with.

She also shares an anecdote of her brother blasting music from his car as he picked her up from school, not knowing he was blasting classical music. The audience laughed along as we were included in this warm family dynamic. 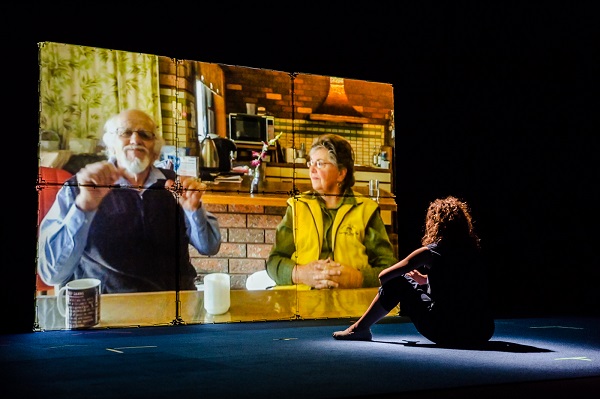 This solo performance is perfectly placed to travel nationally, and I would recommend that parents should take their teen children. This is a great show that will lead to fruitful conversations.

Personal has an additional season at Sydney Opera House from 9-13 May. See www.sydneyoperahouse.com for details.