The Day The Sky Turned Black 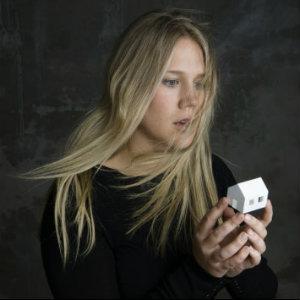 It’s no wonder that The Day the Sky Turned Black, written and performed by Ali Kennedy-Scott and directed by Adrian Barnes, has already received a number of awards and massive international critical acclaim. Performed as a one-woman show with no set changes, costume changes or intervals, it will take you through a tumultuous, unrestrained emotional ride.

Chronicling the stories of everyday heroes who fought the ‘Black Saturday’ bushfires in Victoria, The Day the Sky Turned Black is based on interviews with survivors, health professionals and reporters, and each character within the play was created from an amalgamation of those people who experienced the fires firsthand.

Kennedy-Scott portrays five different people within the play, with chairs and a few ‘personal item’ props as visual aids, and news report sound bites and musical interludes between character transformations. Not a beat or line is missed when morphing between characters, and she swiftly changed her hair or added an accessory to flip between narratives.

Among those whose stories were told was a young journalist who acted as narrator, a primary school teacher, a young boy, an elderly woman, and a middle-aged mother. Each person’s story was played out superbly, each different from the next but somehow intertwining.

Kennedy Scott’s portrayal of a mother whose son had been one of the arsonists involved in the fires was frank and gut-wrenching. Social issues that both the audience and the Australian public may not have considered were touched on: the complete lack of assistance programs for arsonists in Australia, and the stigma and powerlessness attached to being associated with an arsonist who also happens to be your son.

The performer’s transformation into the elderly, passionate Mabel entailed a body slump and complete voice change, and it was hard to conceive that you weren’t listening to a 73-year-old lady. Her love for her husband was so everlasting and beautiful that when she spoke of his passing during the fires, it was almost unbearable to watch.

Those of us that didn’t experience the devastation of Black Saturday were empathetic towards our fellow Australians, but could never really know the sheer enormity of the physical and emotional pain felt during that fateful weekend in February 2009. Kennedy-Scott took the audience right to the scene, into the homes and minds of those affected by the fires with a level of sensitivity and understanding that was absolutely stunning to watch.

Chloe Papas is a freelance journalist and professional television watcher based in Perth. She enjoys the arts, politics, the Internet, and making the long journey from her bed to her computer.