We are a unique centre for sculpture coming from a classical cultural tradition that enriches the wider community with creative sculptural programs.
Genevieve Carson 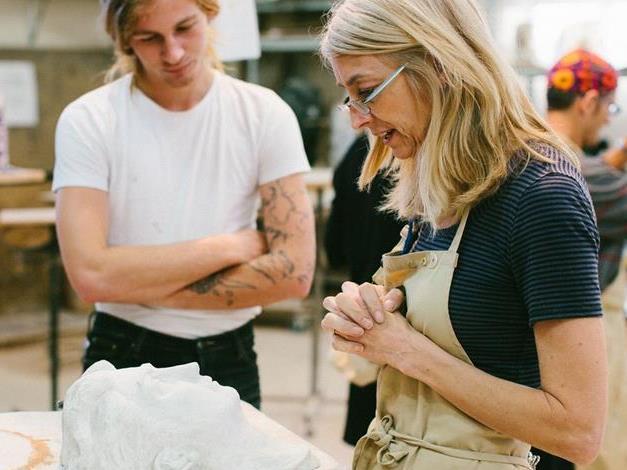 After over a 60 year career as a public sculptor, in mid 1973, Tom Bass founded his independent sculpture school to teach the fundamentals of sculpture.

It was in a loft overlooking Broadway in Sydney NSW, converted from a derelict top floor which had been vacant for at least 10 years. The studio-school context enabled the master-apprentice relationship with students, a tradition given to Tom Bass by his own teacher, Antonio Dattilo-Rubbo (1870-1955), who was taught by the famous Parisian Acadamie Julian est. 1868 founded by Rodolphe Julian ( -1907), and continues to be passed onto future generations.

In 1998 the Sculpture Studio School moved to a warehouse building in Erskineville, where it has been since.

In 2003, the Tom Bass Sculpture Studio School became a not for profit Incorporated Association, and registered with the Register of Cultural Organisations.

Tom Bass’ teachings are carried by the school’s current teachers, who were also amongst his top students: Michael Christie (since 2000), Wendy Black (since 2004), Bernice Lowe (2005) and Sue Alexopoulos (2009). Other special workshops are given by guest sculptors with established practices in their specialist field.