'Oh! You beautiful doll, you great big beautiful doll! Let me put my arms about you, I could never live without you..'
Robert Chuter
[This is archived content and may not display in the originally intended format.] 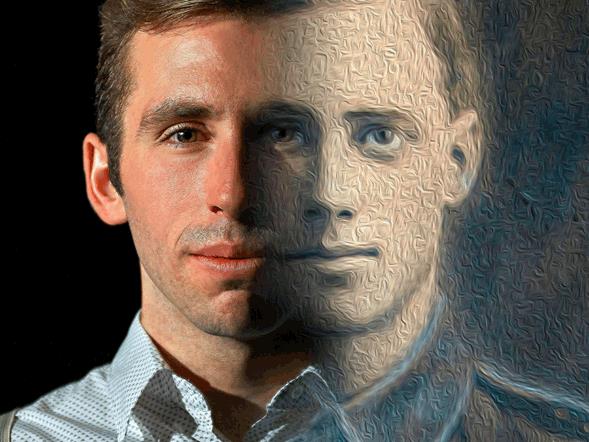 There are two major faults in this production – 1. the venue is totally unsuitable (too noisy) and 2. the show was too short! Buried at Sea was only 50 minutes in length, I wanted more and thought the end came rather abruptly.  The show could have done with another 10 minutes at least.

However, there could almost be joke that we’re not in on: the first of two solo performances based around the fighters in the two biggest wars of the 20th century, the other being the upcoming Flak at the Alex Theatre later in the year, the coincidence is uncanny. Obviously Flak has played yet so I’m reserving my judgment, but with Buried at Sea having just played at Bellevue in the CBD, the bar is set impressively high.

Written and performed with nuance by a mesmerising and gifted Mark Salvestro, Buried at Sea takes us on a poignant, hilarious and fascinating tour through the life and death of his digger great great uncle George Bradford who served in Gallipoli. Now before you start cringing at the thought that I’m about to recommend some sentimental Who Do You Think You Are? rip off, do not jump the gun! Neither Mr. Salvestro’s text nor his performance get bogged down in too much history or melodrama, even when he is forced to reflect on his uncle’s sacrifice in relation to his own less dangerous but vastly more confusing life in the 21st century. Despite the changes in time period, the atmospheric insertion of songs like ‘Oh You Beautiful Doll’ and ‘Pack Up Your Troubles’ are used as a form of lyrical storytelling.

The crisp, sharp, rapid fire changes in character are wonderful, the play flows effortlessly, and there is never any difficulty following the narrative.  I wanted to know what happened   but there was no real ending, no resolution.  Highlights include Mr. Salvesto’s rich tenor voice and, in particular, one of the shows standout scenes – down at the river, with pregnant Ruby’s unconventional proposal to her beloved George,  by turns hilarious, touching and wrenching in all it’s honesty.  It is well directed by Phoebe Anne Taylor and the excellent piano accompaniment by Daniele Buatti was an unexpected treat.

This show is certainly enterprising and deserves better production values and with its minimal staging, has much potential.  Buried at Sea could easily tour, occupying the best of any worldwide arts festivals or find it’s way into schools and regional art centres.  It is certainly a more compelling alternative to any dull history lesson.  This is good old back-to-basics theatre: acting and storytelling told with honesty, skill and perfection. Highly recommended, catch it at its return season – as there’s bound to be one – fingers crossed.

Buried at Sea: A Play With Music