A woman in Denver, Colorado, caused $10,000 worth of damage when she allegedly took off her pants and slid down a $30 million expressionist painting.
ArtsHub
[This is archived content and may not display in the originally intended format.] 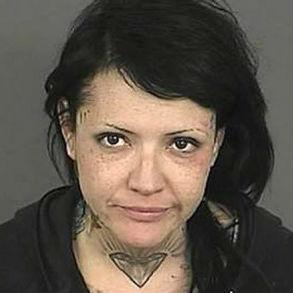 In a case of art definitely eliciting a physical reaction, a woman in Denver caused $10,000 worth of damage to an expressionist painting when she allegedly punched and scratched it before removing her pants and sliding down the $30 million work.

The painting, which was held at the Clyfford Still Museum, is referred to as 1957-J-No.2 and features a large montage of burnt orange, black and white and is from Still’s middle period.

The incident occurred on December 29, and Ms Kimbrough said Tisch pulled down her trousers and rubbed her buttocks against the work. Some papers report that she did so while urinating. Whether or not the painting was damaged by the urine, is still to be determined.

Ms Tisch was believed to be drunk at the time of the incident and museum officials have released a statement to say they believe security is sufficient and that guards “acted swiftly and appropriately; the police were summoned immediately and the offender was taken into custody.”

Clyfford Still was an American painter, and is widely considered to be one of the leading figures of abstract expressionism.
Born in North Dakota in 1904, he was one of the best renowned and most influential post-War abstract expressionists, although he much less well known than other artists of the same style, such as Jackson Pollock.

Upon his death in 1980, the city of Denver worked with Still’s widow, Patricia, to secure the museum in his name.

Four of Still’s works were auctioned by Sotheby’s last year for $114 million to endow the Denver museum, which opened in November 18 and includes 2,400 drawings, paintings, prints and sculptures. Many of these have never previously been viewed by the public.