Put us in your ears: introducing The ArtsHubbub podcast

Episode one of our new podcast is now live, exploring creative secrets and the art of inspiration, and featuring writer Christos Tsiolkas on his new novel and the importance of a dedicated writing space.
Richard Watts 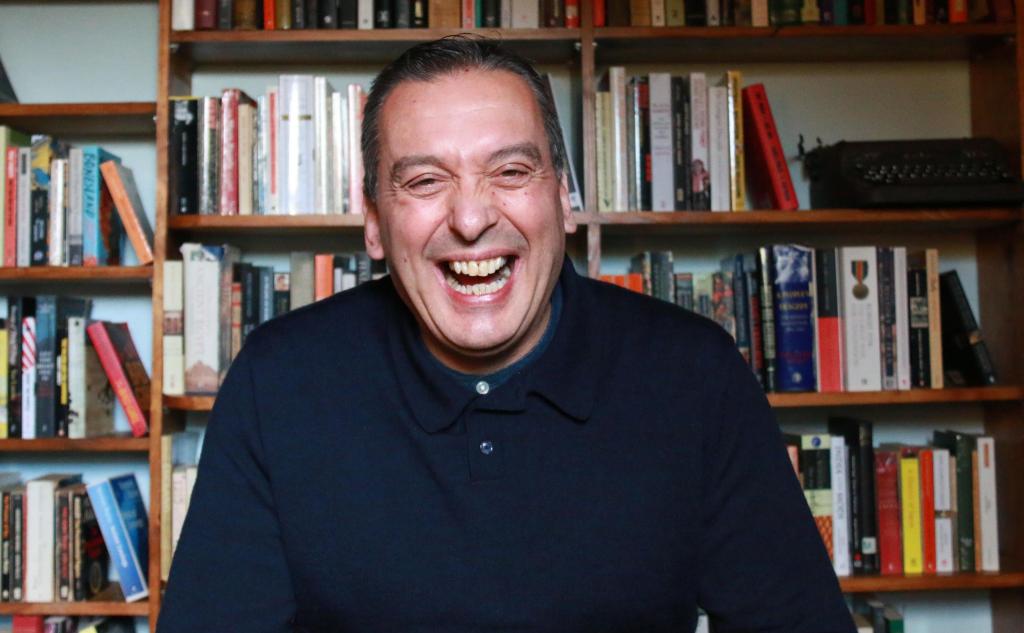 A monthly exploration of the Australian arts sector and the artists who inhabit it, The ArtsHubbub is a new podcast created by ArtsHub.

Episode one is entitled Where do ideas come from? and features author Christos Tsiolkas, academic Dr Maggie Webb, visual artist Shags and musician and performer Chris Endry discussing the origins of ideas and the challenges of maintaining a creative practice.

‘I was lucky enough to read Virginia Woolf’s A Room of One’s Own in late high school,’ said Tsiolkas. ‘It’s one of those masterful essays that stays with you, you know, it’s very much about how important is for women to have a space but I actually think there is insight in that essay that applies to everyone who’s a writer.’

Speaking with our Performing Arts Editor Richard Watts in his Thornbury studio, Tsiolkas described the importance of having a creative space in which to work, and the challenge of balancing writing with being a social animal.

‘The novel and the short story, they’re solitary work and I think for me, they need to be solitary. You know, particularly with a novel, you just want those concentrated hours where you’re developing your character, you’re developing your story [and] the voice that you want to write in – but the theatre work I do particularly with Patricia Cornelius, Andrew Bovell, Melissa Reeves, Irini Vella, that’s just been a great joy. It takes me out of myself. And it challenges me because every single one of those people has strong opinions. And that that’s great, you need that – you need to be challenged,’ Tsiolkas said, in a broad-ranging conversation which also touches on faith, family and his new novel, Damascus.

According to Dr Maggie Webb, some ways of thinking are more fertile for developing ideas. But beware of distractions: ‘Every time you have that interruption, you have to start a thought process again, even if you are halfway through a thought process that [momentum] is gone,’ Webb said in our regular segment The Nudge, focused on practical skills development.

Visual artist Shags points out that not everyone generates ideas in the same way. ‘I’m fortunate to be exquisitely dyslexic. And I know, people think that’s a learning disability and really, it’s neurodiversity. So how that manifests for me is that I’m able to see connections between two things that seemingly don’t have a connection,’ she said.

In the coming months, The ArtsHubbub will be exploring the art of activism, the pain of criticism and how to respond to it, and much more. We look forward to sharing our stories and conversations with you.