Many of the state's cultural institutions face cuts of up to $13 million in operational funding come 2022-23, according to the NSW Budget Estimates hearings.
Gina Fairley 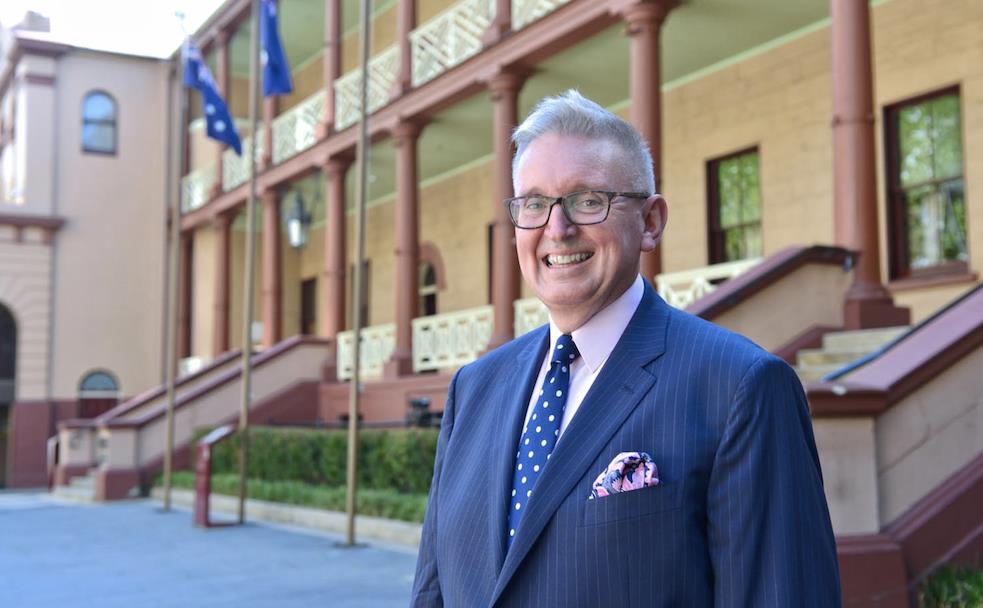 The 2020-2021 NSW Budget Estimates hearings have been ongoing during February and March, with Minister for the Arts Don Harwin sitting before the panel in late February.

What was revealed in his answers to Supplementary Questions tabled on 23 March and now more widely disseminated painted a bleak forward forecast for certain NSW cultural institutions.

While the Berejiklian government has generously funded record spending on capital works for many Sydney and regional venues – a figure placed at $1,817.4 million in the Supplementary budget answers – moving forward, operational funding has been cut significantly.

In a statement released on 13 April, the Public Service Association (PSA) warned that persistent cuts to arts funding by the NSW Government could lead to the state’s cultural institutions becoming ‘empty and expansive mausoleums’.

The PSA statement said: ‘The NSW Government’s plan to slash more than $37 million in funding from the state’s cultural institutions will see huge staff cuts, cripple their ability to deliver world class exhibitions, and leave them empty, the union is warning’.

Stewart Little, the PSA’s general secretary said: ‘The Berejiklian government is all about splashing cash on development, but never about investing in delivery.’

What the forecast means

The forward estimates act as a guide to Treasury in making budget projections. These in turn are critical guidelines for organisations to plan outside bricks and mortar expenditure, essentially impacting staffing and programming levels.

If these cuts are adopted by the Treasurer, the impact will be felt significantly.

Many of the organisation facing budget cuts have expanded their physical footprint, most notably the AGNSW, which will more than double its footprint with the completion of Sydney Modern in 2022, and yet faces a $9M cut over the next three years just as it is ramping up programming, staffing and facility operational costs.

Estimates have been placed at around $14 million extra a year, when taking into account the added operational costs of Sydney Modern. The gallery is also facing its 150th anniversary in the next budget period.

The Australian Museum faces a similar situation. It has recently completed a major $57 million redevelopment of its galleries and public spaces – aimed at taking on major international touring exhibitions – and yet it faces a $13 million loss in funding its operations.

The Museum also faced the cancellation of the high earning exhibition Tutankhamun: Treasures of the Golden Pharaoh (advised 9 March 2021) due to COVID impacts. Its six month exclusive tour to Sydney would have been a budget buffer, needed after months of closure.

Sydney Opera House is in the same situation. In the wake of ongoing capital works, which have included a retrofit of the Concert Hall funded by government with $236 million, it also faces a slight reduction in funding.

While possibly the least impacted of the institutions, its $3 million cut is the opposite of the expected amount for GDP and growth over a three year projection.

The Minister made the point that, ‘For the 2020-21 financial year, the Art Gallery of NSW, Australia Museum, State Library received an increase in recurrent funding,’ which takes them through to June this year.

Digging deeper into the numbers

MAAS (including Powerhouse Museum, Powerhouse Parramatta, Sydney Observatory, Discovery Centre): Current 2020-21 Budget allocation $39.0M; 2021-22 estimate $29.7M; 2022-23 estimate $28.29M. While Parramatta Powerhouse has been funded to the tune of $840 million by the state government, controversy has meant that the Ultimo site will not benefit the government coffers with a ‘sell off’, rather, MAAS will need to broach the conversation for funds to renovate Ultimo Powerhouse in a future budget.

Historic Houses Trust (HHT): Current 2020-21 Budget allocation $22.8M; 2021-22 estimate $17.8M; 2022-23 estimate $16.2M. Loosing almost a third of its funding by 2022, HHT has been dealt a blow in the forward projections. The Minister says, however ‘The Historic Houses Trust (HHT) is anticipating an operational deficit of $1.4M, based on the latest projections for the 2020-21 financial year. If HHT is successful in its insurance claim for loss of revenue, which is currently being considered, it will achieve a balanced or slightly surplus operating result.’

The Minister made the point in his answers at estimates that ‘Budgets for the 2021-22 financial year have not yet been approved.’ While that is true, the estimates have been tabled as workable estimates.

The PSA’s Stewart Little noted: ‘NSW has just invested a huge amount of money in overdue upgrades to these cultural institutions, but now the building works are over the government is cutting them off at the knees, making it impossible to deliver on the potential of these new spaces.’

The union says these cuts will be especially felt by staff, particularly when it came to attracting significant international exhibitions that can deliver millions in tourism and economic growth.

‘NSW needs its cultural institutions. We need them to help drive our domestic tourism … We shouldn’t just rely on the private sector and hospitality to deliver us entertainment – we should invest in our own world-leading museums so we can enjoy the rich and diverse offerings we have on our doorstep,’ Little concluded.

Read the Minister’s full answers to the Supplementary Questions raised in the budget estimates.