Behrouz Boochani, a Kurdish-Iranian refugee, has won the $100,000 Victorian Prize for Literature for his first book, No Friend But the Mountains: Writing from Manus Prison.
Richard Watts 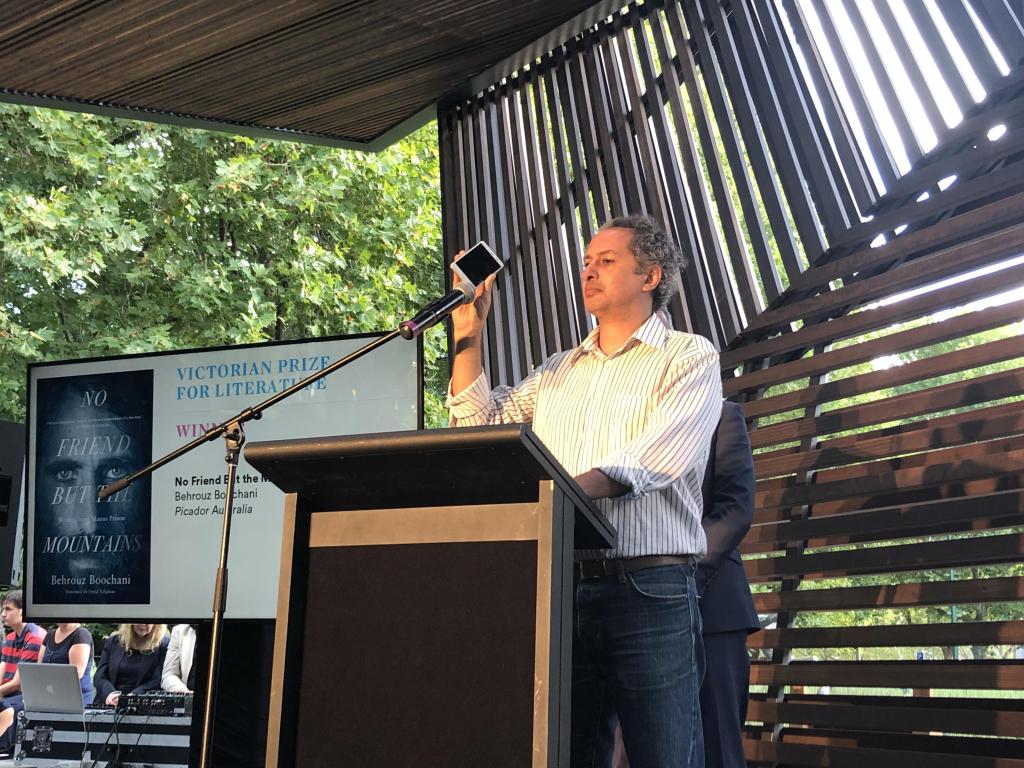 Translator Omid Tofighian holds his phone to the microphone so that Behrouz Boochani can speak to the crowd. Photo credit: Andrew Wrathall, Books+Publishing.