Bans on gatherings of more than 100 people meant Mudlark’s production of a new Tasmanian play could not go ahead. The loss of income is dire news for the small professional company.
Richard Watts 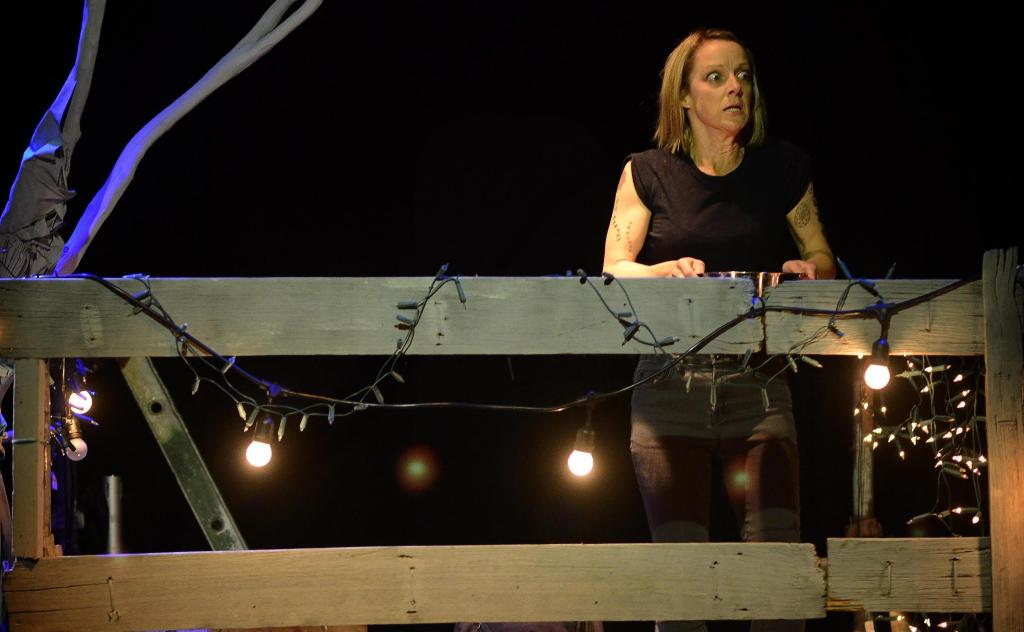 The recent shutdown of the Australian arts sector in a bid to slow the spread of COVID-19 has had a drastic impact on the future of Launceston-based theatre company Mudlark.

Despite working project to project with intermittent funding over 15 years to date, the company had thrived thanks to the determination of its volunteer board and the nous of several Artistic Directors to date.

Having recently secured annual funding through Arts Tasmania, Mudlark was on the eve of premiering a new work by northern Tasmanian playwright Stephanie Briarwood when the Federal Government’s restrictions on public gatherings forced the production’s last-minute cancellation.

Cheyne Mitchell, Mudlark’s Artistic Director, told ArtsHub that as late as the play’s final rehearsal, the cast and crew of Briarwood’s Caravan Boat Treehouse believed their seasons in Launceston and Hobart (co-presented with the Tasmanian Theatre Company) would go ahead.

‘The actors went away from the final rehearsal on the Friday afternoon believing that all of our house numbers were under the hundred seat limit – and this was when we just had a restriction on audiences over 500. So they went away thinking we were going to be performing, but then when the director came to the tech run on Sunday, between myself, Maeve McGregor from the Tasmanian Theatre Company and [Launceston presenting house] Theatre North, we all had to make a really hard decision,’ Mitchell explained.

Cancelling the production has been heartbreaking for all concerned.

‘We’ve had members of our Board who have been manning the bar, working for the company day and night – all voluntary roles in every capacity – for the last five or six years trying to get us to this position. And then to finally have had a work go through a creative development and with an incredible team assembled to realise it, to see it all pulled away at the very last minute was devastating,’ Mitchell told ArtsHub.

‘To see it all pulled away at the very last minute was devastating.’

As well as the emotional toll, the financial blow has been severe. ‘Obviously when you have operating budgets for an entire year under $100,000, taking a $20,000 loss on ticket sales is incredibly detrimental,’ said Mitchell.

Nor is it just the one production that’s been impacted. ‘There’s obviously going to be knock on effects to future projects. We have one other show scheduled later in the year that is now completely in doubt.’

Thanks to a recent announcement by Arts Tasmania, however, Mudlark’s future is secure for at least another year. ‘A huge gesture of support has come through from Arts Tasmania over the weekend,’ Mitchell said.

Arts organisations that are currently on a single year funding package or those in the final year of agreements under the Arts Tasmania Organisations Program were recently advised that their contracts will be extended for another year.

‘Meaning companies may now have the opportunity to think about what next year may look like artistically, instead of looking at what could have been the end of a lot of organisations. It’s the first sign of light for our companies,’ he explained. ‘On the other side of this world-changing event people will need the immediate human connection that theatre can give more than ever.’

Despite the financial and emotional impact on everyone involved with Caravan Boat Treehouse, Mitchell takes some pride in knowing the cast and crew have been paid professional rates for their work – even though the production may never be seen by an audience.

‘Incredibly, both Mudlark and Tasmanian Theatre Company were able to get all of our actors and all of our designers paid, which was really, really important to both companies. So even though the poor guys never even got into a van to head down to Hobart, we at least got to pay the actors for their week in Hobart, which is great.’

Indicative of the company’s resilience, even after it was apparent that the production would have to be cancelled, the cast and crew worked for many hours to ensure that Caravan Boat Treehouse could be appropriately documented.

‘We put in a good 16-hour plotting session, we realised the show and then got to do dress runs to be photographed and to be filmed, so we have a completed project that unfortunately, an audience didn’t get to enjoy,’ Mitchell said.

Mudlark’s future is not yet certain, but Cheyne Mitchell is buoyed by the sector’s ability to innovate and adapt – and by the passion and dedication of his Board.

‘At the moment with our operating budget we’re protecting at all costs our commissions and script development, our creative development for 2021. Because we have to think about trying to shore up our future. We’re going to do everything we can to realise as much as our program in some vein, in some capacity, as we potentially can,’ he said.

‘After all, the arts are creative and resilient if nothing else. We are going to try and find ways to continue to make theatre, to make art, however we can.’