How an Australian company toured Europe mid-pandemic (plus Tubular Bells!)

Yaron Lifschitz reflects on the challenges of mounting three new works in Europe while half of Australia was in lockdown.
Richard Watts 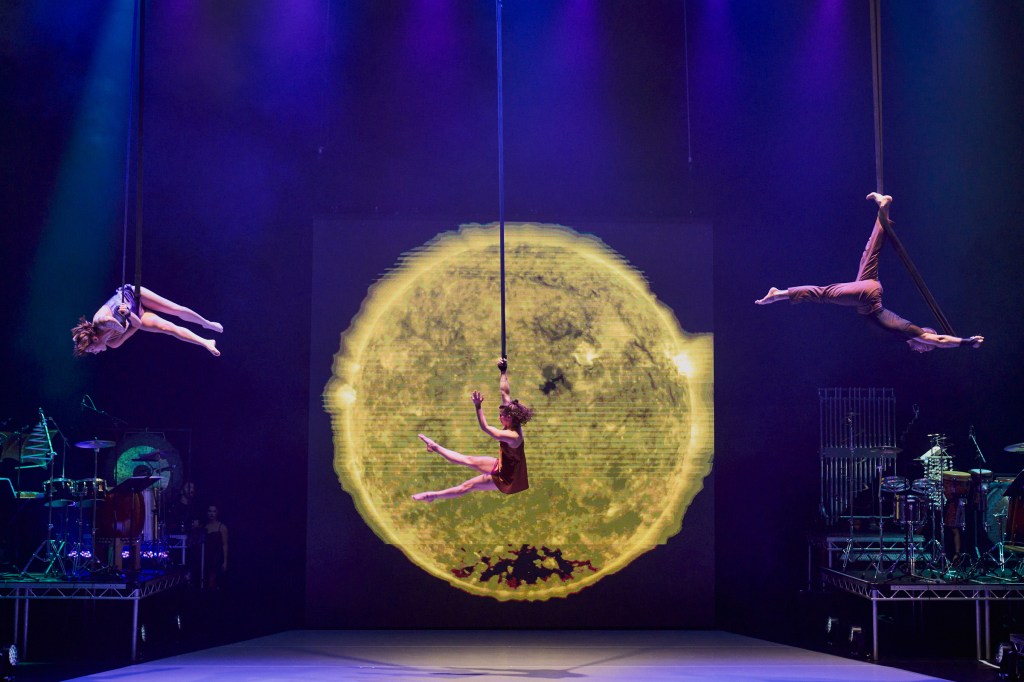 ‘What we’ve learnt is you can prepare, but you can’t be ready,’ said Yaron Lifschitz, Artistic Director of Brisbane-based circus company Circa, as he reflected on the company’s recent European tour in the midst of the pandemic.

Circa, which became a member of the National Performing Arts Partnership Framework in October 2019, is now the first major Australian company to tour internationally during the current crisis.

The company recently presented the world premieres of Maria de Buenos Aires in Lyon, France (in collaboration with Opéra de Lyon);  Bounce in Madrid, and Tubular Bells: Live in Concert in London.

Speaking from the Howard Springs Quarantine Facility on Larrakia country in the Northern Territory, where he is now ensconced for a fortnight, Lifschitz described an exhaustive process to ensure the European/UK tour could be staged successfully.

‘It was a year in the planning, and I had a board and a team that were very concerned to make sure that our duty of care to our people was being looked after,’ he explained.

‘We went through a really elaborate process including engaging psychologists, sports physicians and  physiotherapists; working through the insurance compliance, COVID protocols, risk management strategies – it was pretty excruciating to get everyone there. And as soon as we got there, they [the Federal Government] halved the return cap and a whole bunch of things changed again.’

An important part of the planning process was working with the members of the Circa ensemble to ensure that the performers who went on the tour really wanted to go – that no-one felt pressured or coerced to take part.

‘People have to come first. And one of the really hard things is to ask people who are your employees, “Who wants to go?”,’ Lifschitz told ArtsHub.

‘Like, there is a kind of Heisenbergian thing that happens where people start to think, “Well if I don’t go, am I going to have a job? Am I under pressure to go because other people want to go?”

‘And so we devised a very careful process with Rowan Heydon-White, our Head of Circus, and me and our company physiotherapist, to make sure that we asked people in multiple stages with numerous off-ramps, and really made sure that what we were doing was getting a team of volunteers who understood that we’re heading into a time and a place of great uncertainty, and that while we would do absolutely everything to make sure that they were looked after – and returned home, insured, paid, put up – there was no way we could guarantee what happened. And that was only really for the brave and luckily, there were enough of those for us to go,’ he said.

With most of the shows needing 10 acrobats, the company travelled with 11 performers in case someone fell ill. Circa also engaged a number of European performers to work on the shows as a backup in case of sudden border changes and restrictions.

‘We engaged ensemble members based out of Europe, and they were a beachhead, a sort of advance party, because there was a danger that we’d have all these new creations and suddenly the regulatory environment would change and we wouldn’t be able to get anyone there,’ Lifschitz explained.

‘That way, at least if we had four [performers on the ground], we’d have a start. They worked for about two months before the rest of the team arrived; we based them in Riga in Latvia, who were very accommodating hosts, and we were able to forge a bit of a connection with the emerging Riga circus scene and a new space that they’re creating, that was one of the benefits to come out of this.’

Once Circa was successfully ensconced in Europe, the challenge of premiering three new works was bolstered by the knowledge that some of the ensemble could stay behind to stage an encore season of four existing shows in repertoire at Berlin’s Chamäleon Theater from August through to late December.

‘And then in January we go back to Lyon and reprise the opera indoors at the Opera House,’ Lifschitz said.

Aiding the company’s endeavours was the fact that the cities Circa was performing in were already familiar to the company.

‘We were only in a few places; we know all those places well; we’ve got support structures and help within them, and that turned out to be incredibly useful when people got COVID and things went wrong.’

The ensemble’s delight in performing again, and the response from audiences seems to have more than justified the challenges of getting the company to Europe.

‘The opera was a really big success and it was by no means certain, it’s a very difficult piece. And opera companies are hardwired very differently to circuses; they have a lot of ways they work but the Opéra de Lyon, which is the second biggest opera company in France, was incredibly flexible. They really did everything they could to make our work as smooth as possible in a fairly tight rehearsal period and the show went super well.’

Bounce was ‘more complicated,’ said Lifschitz, while the staging of Tubular Bells also had some challenges.

‘Tubular Bells was a piece that had lost roughly half its rehearsal time due to illness and quarantine. But I think we’ve made a very strong show; it’s getting standing ovations and that’s a pretty great thing to be happening,’ he said.

The work is set to the music of composer and multi-instrumentalist Mike Oldfield, whose debut album Tubular Bells (described by Lifschitz as ‘Pink Floyd meets Steve Reich’) was a ground-breaking best-seller in 1973, making it an unusual choice for Circa, whose shows are more commonly performed to the music of Stravinsky, Mozart, Beethoven and other classical composers.

‘It’s got a kind of minimalist build with a sort of prog rock orchestration. It’s got some really nice crests and arcs and I think we were able to capture that pretty well with  the circus … and it was lovely on opening night to get a message from Mike wishing us the best for the show,’ Lifschitz said.

In addition to the artistic challenge of premiering three new works and the usual challenges of tour logistics, Circa were also having to consider the possibility of snap lockdowns and exposure sites impacting on their ability to move between cities.

‘Our modelling included things like: what if you get to a city in the middle of the night after bump out, and they say to you, “Oh, you’ve just come from that place, you can’t come into here”? Those were the kinds of scenarios we were modelling. What happens if you get turned back at a border because in the time you’ve been on the train the rules have changed? They’re all very real possibilities.’

Stressing the exhausting nature of planning a tour during COVID, Lifschitz described the process as ‘cognitively, absolutely startlingly challenging’.

He continued: I’ve never spent as much time thinking about things that I know as little about as I have in this process … And like I said the circumstances around this particular trip were quite special. We were only going to a few places, they all places we could be well supported, and we had a year to prepare. We went this time. I’m not sure when we will go again.’