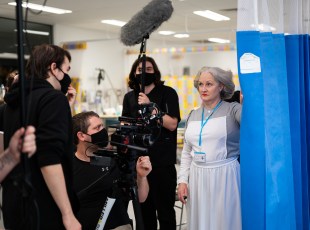 If your future is writing for the screen, production management and directing for film and television then see your name on screen with this packaged program.

In this course you will explore cinematography and post production practices across all crew roles and participate in location based short dramas and documentaries and studio set based television production.

This course equips graduates with specific skills in their preferred area within television and film production, and the comprehensive skills required for today’s screen industry.  This includes writing for the screen, producing / production management, cinematography and directing for film & television, as well as post production practices. Develop advanced skills in location based short dramas & documentaries & studio set based television production.

Image: Film and TV students on the set of “Escape Plan’ with Esther Michelsen as Matron. Photographer Juan Van Staden

Bachelor of Film and Television

The Bachelor of Film and Television is an innovative degree that puts you at the cutting-edge of film, television and… 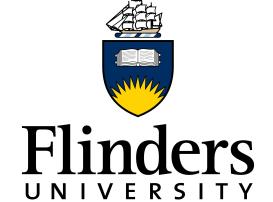 Develop an understanding of screen and media production and post-production skills, research and writing skills in screen studies, and a…

Focus on the skills to jumpstart your TV or film career. With the rise of streaming services, the Australian film…