Darwin Festival turns up the heat in 2021 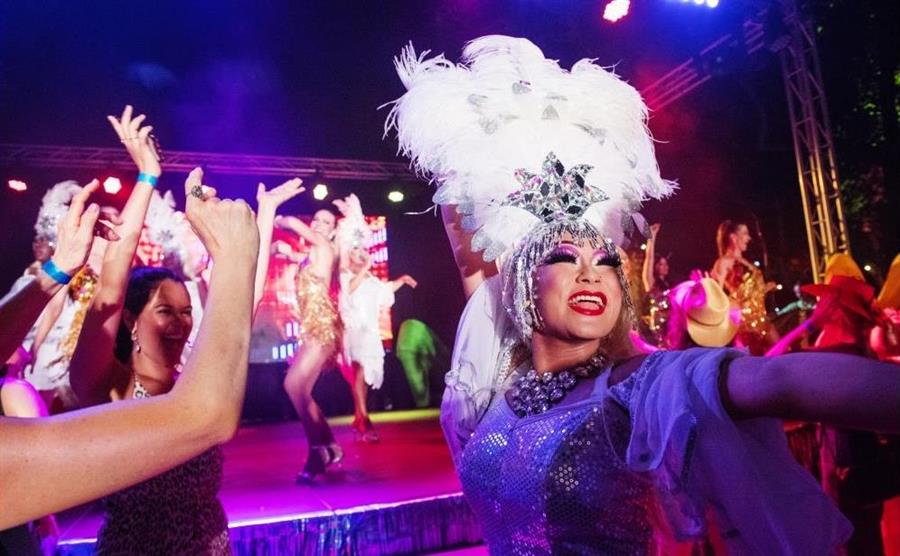 Celebrating First Nations art, the unique culture of the Northern Territory, and looking to the future with works celebrating the voices of young people, Darwin Festival is back with a bang in 2021.

The packed program, which runs from 5-22 August, features a specially curated selection of works from around the country as well as such perennial favourites as the Telstra National Aboriginal & Torres Strait Islander Art Awards (NATSIAA) and the Darwin Aboriginal Art Fair, now in its 15th year.

‘It’s always our delight to present significant a body of works from the Northern Territory and to place this work alongside what we think is some of the most exciting works being made in Australia, and around the world when we can of course,’ said Darwin Festival’s Artistic Director, Felix Preval.

Tracks Dance Company’s Seasons of Skin and Bark, a site-specific work performed in the Darwin Botanic Gardens; Value for Money by the Alice Springs-based contemporary dance company GUTS Dance; and Wanha! Journey to Arnhem, a showcase of traditional song and dance fused with storytelling and contemporary music, will offer festivalgoers a cultural experience that cannot be replicated anywhere else in Australia.

‘We have an incredibly engaged audience and while we enjoy peak tourism during the months of July and August, our principal audience is local – and they are really invested in seeing work made by Northern Territory artists. The first shows to sell out every year are locally produced works,’ said Preval.

‘Darwin audiences are obviously ravenous for excellent work from around the country. Not a lot of touring productions make their way to the Northern Territory otherwise, so it’s pretty important that the festival does bring work from interstate – but it’s a delight for us to see those locally produced works sell so quickly and find such strong audiences here,’ Preval explained.

Darwin Festival 2021 opens with a free concert at the Darwin Amphitheatre, featuring the extraordinary work Buŋgul, a showcase of the traditional songs, dances and paintings that inspired Gurrumul’s posthumously released album Djarimirri (Child of the Rainbow) and performed by members of his family together with the Darwin Symphony Orchestra.

‘Buŋgul is a huge production and by far the biggest thing our festival has ever commissioned,’ Preval said.

‘We worked closely with Skinnyfish Music on the initial planning for Buŋgul, but the project got bigger and bigger until we realised that we couldn’t actually deliver what the work required on our own and that we needed to collaborate. So in the end, Buŋgul will be presented in six of the seven major state festivals. We’re thrilled to finally bring it home and really proud that Darwin will be the only place in the country where it’s presented to audiences for free.’ 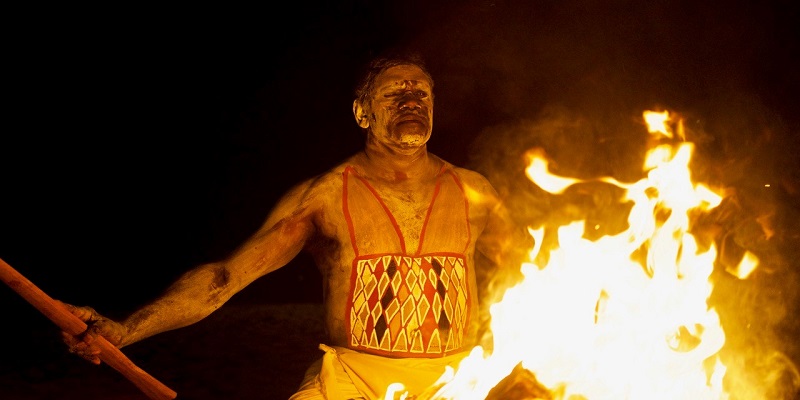 Buŋgul represents one of several through-lines in the 2021 program, celebrating cross-cultural collaborations between Yolngu artists and Western collaborators. The Australian Art Orchestra’s Hand to Earth, a collaboration with Yolŋu songman Daniel Wilfred and Korean vocalist, Sunny Kim, is one such work. Another is Wanha! Journey to Arnhem, which Preval describes as ‘a really exciting new project’.

‘It sees an all-star line-up of talent from Yirrkala in East Arnhem Land and we’re really hoping that this work might go on to have a future on stages across Australia,’ he said.

Another important theme in the festival program is a focus on the voices of young people, Preval explained.

‘I’ve Been Meaning to Ask You sees Brisbane’s The Good Room come over to collaborate with Corrugated Iron Youth Arts in a show that will see a panel of plucky local nine-to-13-year-olds taking to the stage for their first ever Darwin Festival show – which I’m sure will be a landmark for them all and something they’ll be telling the world about for years to come,’ he said.

Another such work is Samara Hersch and Lara Thoms’ We All Know What’s Happening, an exploration of the realities faced by young people in detention on Nauru. Less serious but no less powerful are the 10 Minute Dance Parties presented by Melbourne artist Jof O’Farrell.

‘He’ll be presenting that work with a cohort of local young people from Clontarf and Stars Foundation, after school programs for local Indigenous high school students. They’ll be trained up to be future festival planners, DJs and technicians and they’ll be running the wildest 10-minute parties Darwin’s seen yet,’ Preval said. 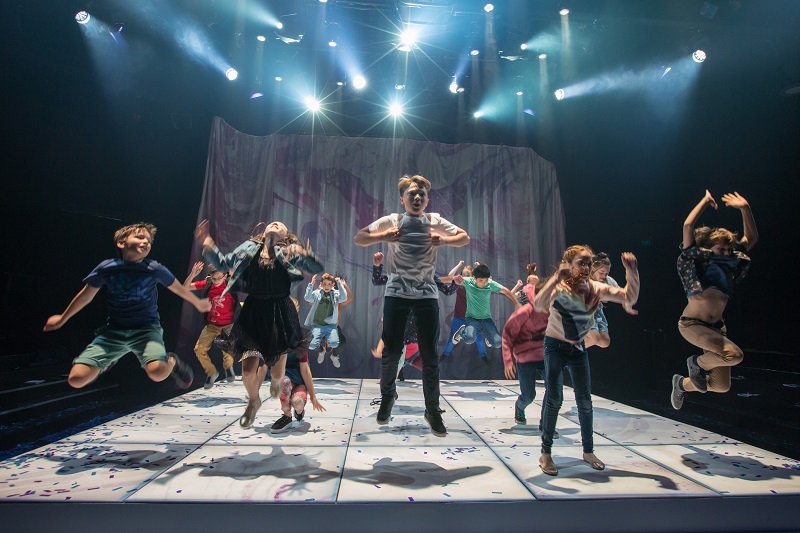 I’ve Been Meaning to Ask You will see a group of local nine-to-13-year-olds taking to the stage. Photo credit: Stephen Henry.

AN EMBARASSMENT OF RICHES

When the pandemic hit Australia last year, Darwin Festival was one of the first major events anywhere in the country to go ahead in 2020, showcasing a specially curated selection of Northern Territory works to which audiences responded with gusto.

‘We were incredibly lucky to be able to present a program of homegrown works in 2020, but only months prior, we had the biggest festival program we’d ever curated, almost all of which we had to cancel,’ Preval explained.

‘A lot of that postponed work we’ve carried over to this year’s program. And those are relationships that we’ve worked with artists on for years and works that we’re hugely invested in bringing to the people of Darwin. So we are really happy to honour that work, and really thrilled to be able to present so much of that intended program this year,’ he told ArtsHub.

Given that the impact of the pandemic will still be felt for some time, the Darwin Festival team has also put significant work into ensuring that the 2021 festival is COVID-safe.

‘We’ve got a really complex and thorough COVID management plan,’ Preval said. ‘We have a slew of rolling contingencies that will be actioned if and when required and we’re very optimistic at this point that we won’t have to cancel work.’

Having already had to reschedule some shows from 2020 into the 2021 festival, Preval is loathe to have to do so again.

‘We couldn’t be more excited about the program we’ve put together and I’d really rather not have to postpone any of that work to 2022, because I’ve got more exciting work in the pipeline for next year,’ he laughed.