Tracking a 15 year career that forces one to bear witness to colonial acts of displacement and experimentation on our First Nations peoples, Yhonnie Scarce's ACCA exhibition is a memorial long overdue.
Gina Fairley 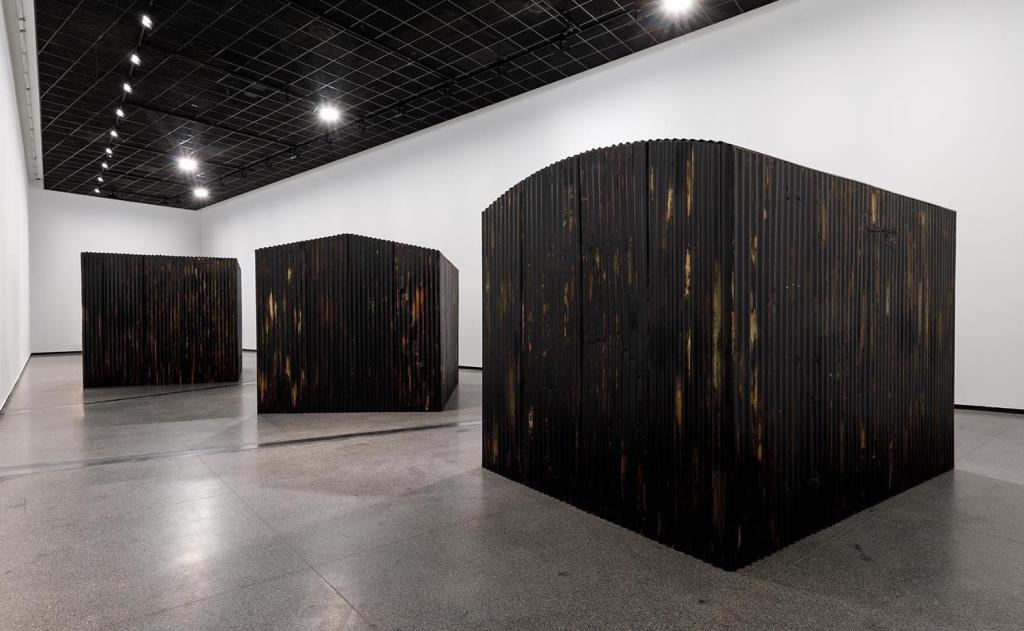 Walking into the Australian Centre for Contemporary Art (ACCA) and faced with Yhonnie Scarce’s exhibition Missile Park, one can’t help but be filled with a welling, somewhat pregnant emotion as you bear witness to something you know is deep, dark and powerful.

There is a stillness and a sparseness to this exhibition that could be easily misread, but it also acts as a lure that leads one to ask questions and take time to consider.

Its title Missile Park offers a clue. It takes its name from the plaza of disused satellites, rockets and aircraft of the Woomera History Museum in South Australia, and charts 15 years of Scarce’s career.

Born in Woomera – the Country of her ancestors from the Kokatha and Nukunu peoples and home to an experimental British space program in the 1940s – much of Scarce’s work has reflected on the impact of nuclear testing and the displacement and forced relocation of Aboriginal people from their homelands.

It is a nexus ‘embedded in deeply local and personal histories,’ explains curator Lisa Warup, adding that ‘Yhonnie’s work gives voice to the voiceless … It draws from a period in history that was so much about secrecy and erasure’.

This is immediately apparent on walking into the first gallery, where visitors come face-to-face with Scarce’s great-great-grandmother in the work Dinah (2016), staring out at the viewer as witness to her stolen generation. It joins works that uses other ephemera – old family photographs, a suitcase for travelling, moulds of clothing in the work Florey and Fanny (2012), showing women in her family taken into domestic service – and of course Scarce’s signature hand-blown glass bush bananas.

This narrative of a stolen generation is eloquently and poignantly captured in the work, The day we went away, made in 2004 in Scarce’s final year at art school, a found suitcase symbolically containing a collection of bush bananas – a source of traditional nourishment. 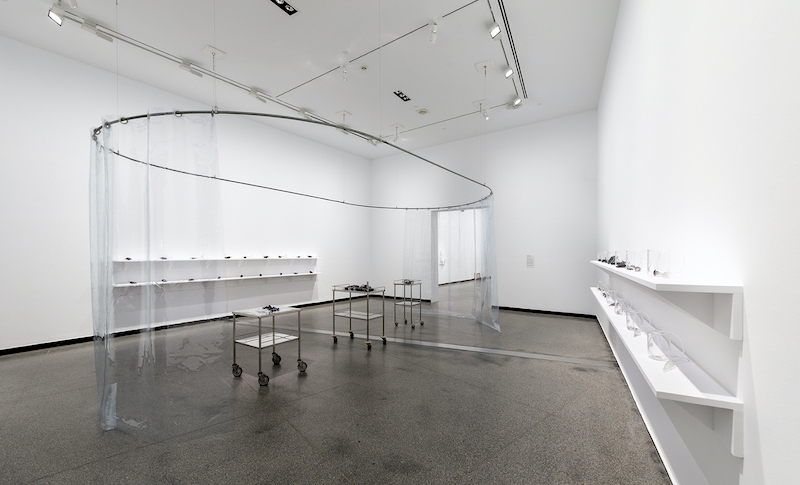 Scarce has found her own voice through the medium of glass, pushing it into room-sized installations.

Bridging galleries is the installation of glass bush bananas sparsely lined up and held by medical clamps in The collected (2010), which speaks to another unspoken and misunderstood history of ethnographic and museological experimentation, categorisation and collection – a dark period of dehumanising our First Nations people.

Central to this gallery is a room seemingly contained with PVC curtain sheeting and medical carts. Various shades of ‘blak’ and the blending of clear and coloured glass are a strong metaphor here.

Her message is persistent. In the next gallery are a suite of installations that extend this narrative over the years, including a Perspex coffin filled with bush bananas, among other works such as The cultivation of whiteness (2013). 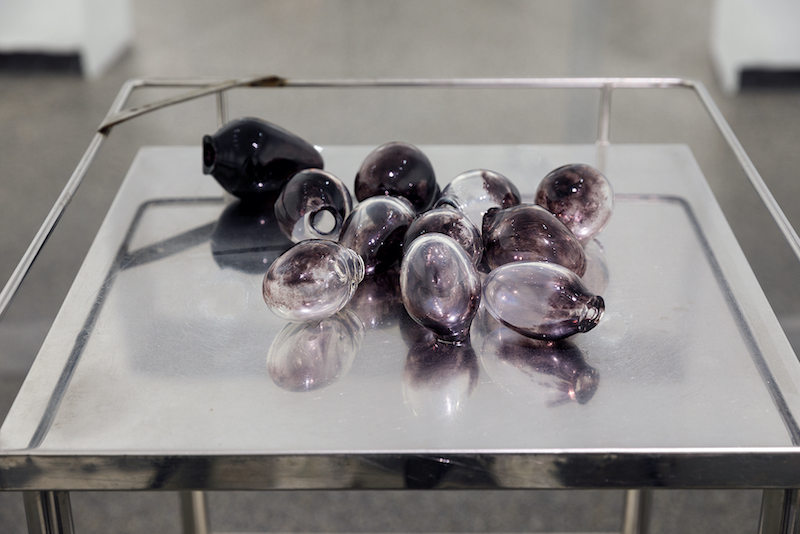 The exhibition’s title, which is also the title of a major new commission in the main gallery, honours those who suffered under the region’s atomic and military operations.

Scarce’s works usually have an architectural reference, using the form to frame her narratives and create intimacy. We get a hint of this here – a hint that is amplified in the main gallery with the major new commission, Missile Park (2021), which anchors this survey.

Melburnians might remember Scarce’s stunning National Gallery of Victoria Architecture Commission in 2019, which played out these devices of light, scale, perforation and memorial superbly.

In recent years she has travelled the world, visiting well-known public memorials dedicated to the loss of human life, in particular sites of nuclear devastation.

Missile Park is a suite of three structures of tar-smeared, rusted corrugated iron cladding, open for viewing with various controls of access. Their walls are peppered with holes, allowing a starry cast of light into a room where the bush bananas sit on tables ready for experimentation, or abandoned, no longer needed.

Overall this exhibition prompts audiences to consider the ongoing effects of colonisation of Aboriginal land. The displacement of First Peoples from their homelands may have happened in the past, but this exhibition is testament to the long and lasting impact those actions continue to have on the generations that followed.

Through her long career, Scarce has attempted to mourn that loss; to offer some dignity to those who were displaced and discarded so flippantly, and to offer memorial.

Touring to the Institute of Modern Art, Brisbane, 17 July – 18 September.