Why we need to save the National Archives of Australia

Gutted by cuts and indifferent politics, one of Australia's most important collecting institutions is under threat. Historian Michelle Arrow tells us why archives are essential for our future.
Professor Michelle Arrow 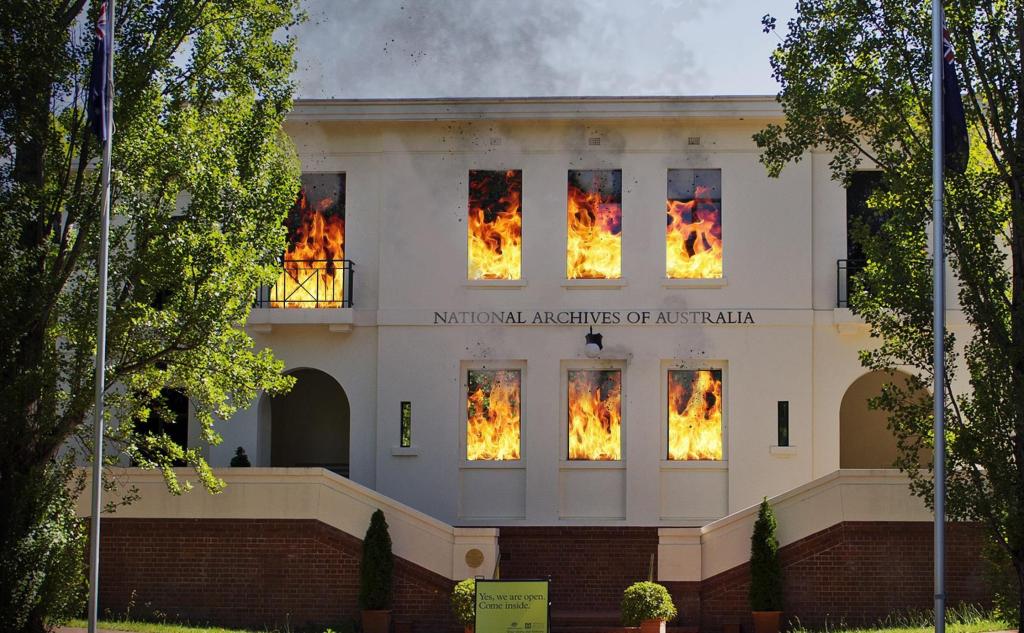 Our history up in flames? The National Archives of Australia is under pressure.

Imagine you are in a large building near Parliament House in Canberra filled with irreplaceable objects. Not jewels, medals or paintings, but a collection of letters, tapes and documents of Australian life.

The collection contains letters written to and from prime ministers, and recordings of their speeches. It has historic episodes of the ABC television programs Four Corners and Countdown. Audio recordings of the Royal Commission into Aboriginal Deaths in Custody. Your grandmother’s migration records. Your uncle’s military service records. Covert ASIO surveillance footage of anti-Vietnam war demonstrations. Letters from women living under the shadow of domestic violence, written to the Royal Commission on Human Relationships.

These are just some of the things to be found in the National Archives of Australia. Its role is to collect, manage and preserve records generated by the Australian government. This sounds dull, but it is anything but. 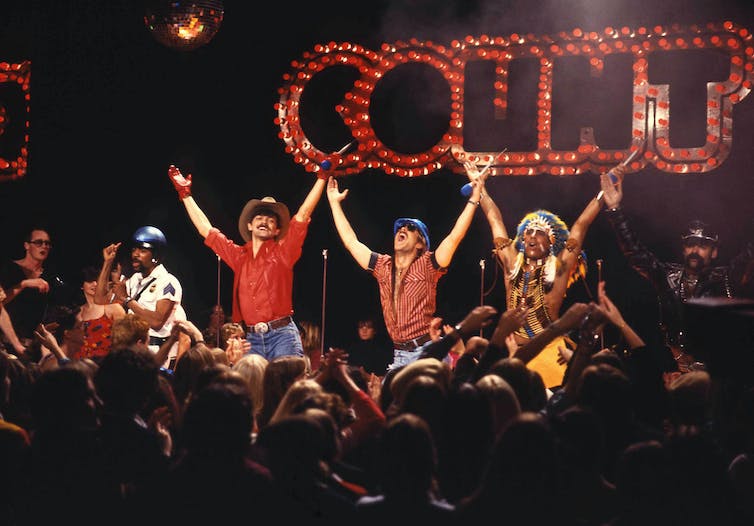 The National Archives is a repository for all aspects of Australian history, including iconic television programs such as Countdown.
AAP/ABC/PR handout


It is not merely a ‘politician’s archive’: while the NAA is famous for its annual release of cabinet records on January 1 each year, some of the collection’s richest records are those that offer insights into the lives of ordinary Australians. Whether they were migrating to Australia, registering for military service, or writing to the prime minister to demand that he fund women’s refuges, ordinary citizens generated paper trails that have been preserved in the NAA’s collections. As a resource for understanding the ways that government works, and the ways that citizens interacted with it, the NAA is a peerless resource. The material it houses belongs to all of us.

Now imagine burning this building to the ground, destroying almost everything inside. Last week, historians around the world watched in horror as the Library at the University of Cape Town burned down, taking with it thousands of irreplaceable historical records. Thanks to years of underfunding, Australia is on track to see a similar, though less spectacular, destruction of historical records, unless the federal government makes an urgent injection of funds.

Over the past few years, both Labor and Liberal governments have repeatedly cut funding to our national cultural institutions, including the National Archives. All commonwealth agencies have been subject to so-called “efficiency dividends” since 1987. This means that each year they receive a reduction in funding.

While this is intended to drive savings, in effect, according to a 2019 parliamentary inquiry, it has had a “significant and compounding effect” on cultural institutions over the last decade. This was made even worse in 2015-16, when the Turnbull government imposed an additional 3% ‘efficiency target’ on national cultural institutions.

This means institutions like the National Archives have been forced to shed expert staff and reduce services to users. In 2013, the archives had 429 staff around Australia but by 2019, this had shrunk to just 308. This has made it more difficult for people to access material at the archives, as opening hours have been reduced. Users report long delays when they request materials; obtaining digital copies of files can cost you hundreds of dollars. This user-pays system has further restricted access to collections.

Even more urgently, these funding cuts are also taking irreplaceable audio visual collections to the brink of a “digital cliff”: that is, where a combination of material fragility and redundant technology will destroy a huge audio visual archive. Australia’s audio-visual collections will hurtle over this digital cliff by 2025 if no action is taken.

Let’s think for a moment about what this means.

Australia has experienced a century of profound and rapid transformation, all of it captured by the mass media. Television, film and audio show us how people in the past moved, sounded and spoke: they offer vivid and compelling evidence of life in the past that is impossible to obtain any way.

This kind of footage is the mainstay of documentaries. Archival footage can light a fire of curiosity about our past, especially in those who might never pick up a history book. It is crucial especially for engaging young people in history. Brazen Hussies, the recent documentary about the history of women’s liberation, was so successful because of its use of vivid, rarely-seen archival footage, much of it held in the National Archives.

Filmmakers would struggle to create lively historical documentaries if we allow the archival film held by the National Archives to be destroyed. It would be disastrous for our historical understanding.

What is so astonishing is that the amount of money required to pull us back from the digital cliff is relatively small. The government has committed $500m to an expansion of the Australian War Memorial : the Tune Review of the National Archives, released in March this year, recommended the government fund a seven year program to urgently digitise at-risk materials. The cost? Just $67.7 million.

The National Archives is a crucial democratic institution. It plays an important role in holding the state to account, encouraging broad participation in civic life by facilitating access to records generated by the Australian government. This gives it enormous power to control – and limit – access to government records.

Yet it has not always exercised this power wisely.

Given the enormous financial pressures on the National Archives, its decision to fight Professor Jenny Hocking’s bid to access the so-called ‘Palace Letters‘, a legal dispute that cost the archives more than $1 million, was a deeply misguided use of precious funds.

Similarly, many historians have criticised the archives’ overly cautious approach to clearing records for access, which has led to huge backlogs of unprocessed requests. Its practice of sending records back to the department that originally created them means documents can languish, unchecked, for months or even years. 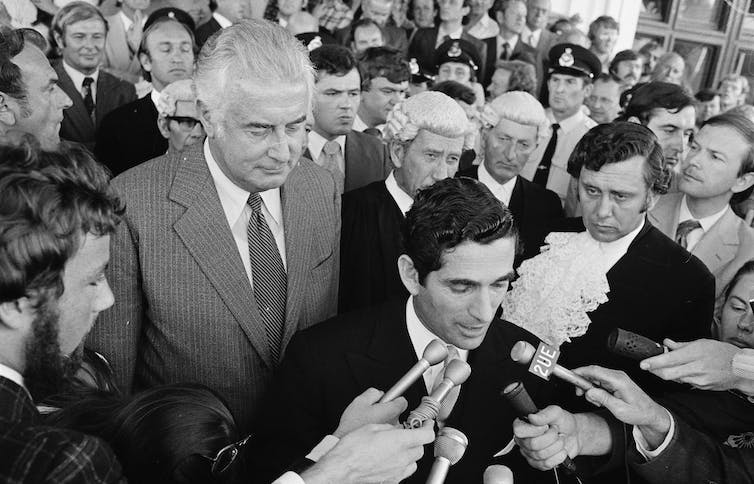 The archives’ lengthy legal fight over the release of the ‘palace letters’ was a misguided use of public funds.
National Archives of Australia


As the Australian Historical Association noted in its submission to the Tune review,

A process which restricts or even refuses access to government documents without adequate justification does not reflect an open and free democratic process.

The National Archives has much work to do to improve access to the records it holds. But it is also clear it has been denied essential funding for many years, and this has taken a toll.

The archives contains irreplaceable records that are important to every Australian. It is the government’s role to fund our national cultural institutions adequately so they can preserve and maintain this material: not just for citizens today, but for the citizens of the future.

Michelle is professor of history at Macquarie University. Her first book, Upstaged: Australian Women Playwrights in the Limelight at Last, (Currency, 2002) and was shortlisted for five national prizes in 2003. Michelle was a presenter on the ABC TV history series Rewind in 2004. Her second book, Friday on Our Minds: Popular Culture in Australia since 1945 (UNSW Press 2009) was shortlisted for the NSW Premier's Australian History Prize. She won an ALTC citation for her teaching in 2010. Michelle served on the advisory panel of the Prime Minister's Prize for Australian History between 2009-12. She has published numerous book chapters and articles on topics ranging from the Lindy Chamberlain case, the history of the women's movement, Helen Reddy's feminist anthem I Am Woman, reality history TV, Australian popular culture, and the representation of history on television. She has held research fellowships at the National Archives of Australia and the National Library of Australia. Her most recent book, The Seventies: The Personal, The Political and the Making of Modern Australia (NewSouth 2019) won the 2020 Ernest Scott Prize for History.