Music Review: The Masque of the Red Death (MONA FOMA) 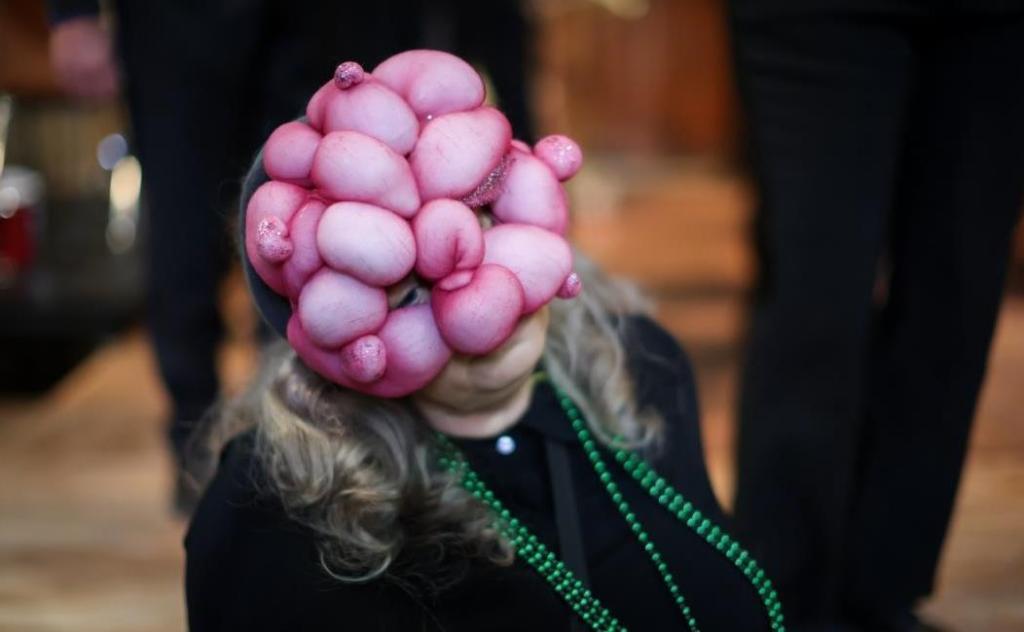 Archipelago Productions’ The Masque of the Red Death. Photo by Sophia Bender.

Of all the eccentric pleasure offered by MONA FOMA 2021, perhaps none was as unashamedly – and unexpectedly – joyous as the sight and sound of the Tasmanian Symphony Orchestra Chorus singing ‘Party Till You Puke’ as they gyrated in front of the brooding but, for the occasion, pink-and-silver balloon bedecked Rood Screen of Hobart’s Neo-Gothic St. David’s Cathedral.

Theatre-maker and Director Ben Winspear teamed with Musical Director Tom Rimes to create a musical entertainment based on The Masque of the Red Death, a short story by Edgar Allen Poe which tells of a Prince who, in a time of plague, gathers his Court and debunks to an abbey to party … until the Red Death finds them and all are struck down.

The opening sequence is inauspicious. Ominous organ music greets the arriving audience, then whistles trill, drums strike and dirges are sung by a lamenting funeral procession. Flowers are laid for the myriad dead and the Narrator, Kris McQuade, begins to declaim the text, savouring words like ‘blood’ with B-Grade, schlock-horror relish. Oh dear, one thinks, 50 minutes of this.

But it’s all been a cunning ruse. Like a switched flicked, the mood shift instantaneously as the story takes off, the Court swings into party mode, and McQuade glides up into the Cathedral pulpit to deliver the story from on high.

The positioning is appropriate. Like an Old Testament prophetess, McQuade delivers her story with threat, great humour, and ultimately, apocalyptic finality. The nuances are all finely judged and, in her final moments, detailing the triumph of death over human vanity, yet tempered with compassion, McQuade is superb. 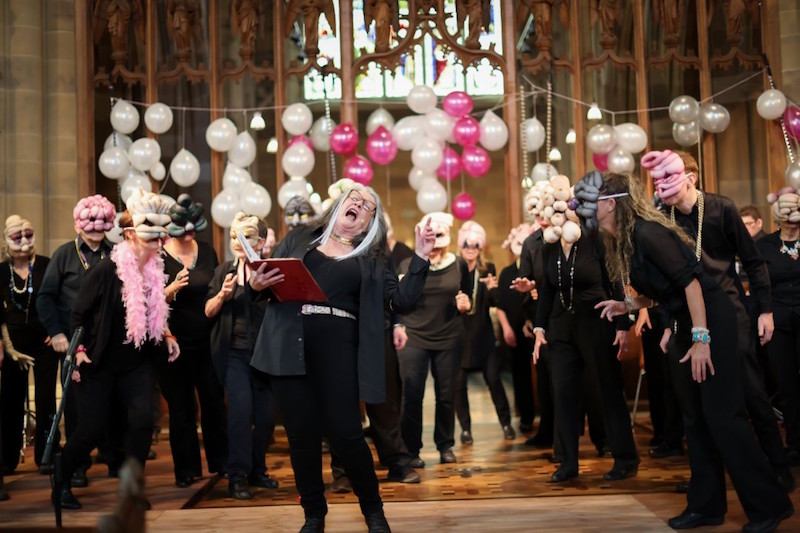 Winspear and Rimes deliver a hugely engaging, surprising production. The sound palate is notably rich, the chorus is inventively deployed, and the show carefully balances the busy, boisterous, two-dozen strong Chorus, McQuade’s subtle and expressive storytelling, and the through-composed accompaniment of organ and percussion. Only once did I find myself rewardingly distracted from the story by the Chorus, as they sang over and over, like a ghostly, ghastly warning, ‘Shrouded … Shrouded.’ Chilling.

The members of the renowned TSO Chorus, fine singers as they are under the leadership of June Tyzack, are neither actors nor dancers. Once limited to the standard biggies of orchestral choral music – Verdi, Beethoven, Handel, with an occasional foray in ‘acting’ waving flags during “Night at the Proms” concerts – the Chorus now features regularly in MONA FOMA, Dark MOFO and other events. Directors drag them through the bushes and brambles of contemporary performance, and the Chorus embrace the challenges – frequently daring indeed – with enthusiasm, commitment and increasing success. Their movement/dramatic work in Red Death is some of the most confident and convincing I have seen from them.