In a post Fifty Shades of Grey world, Poly is another story with sex at its heart.
Gillian Wills 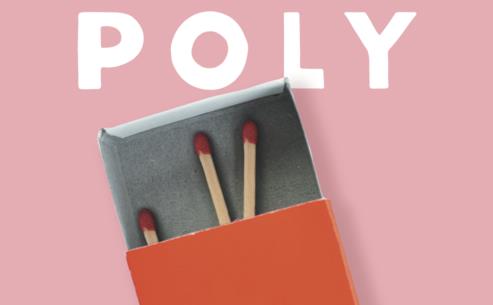 A married couple Chris and Sarah have two young children. The couple haven’t been intimate for almost two years, so the pair ditch monogamy after years of ‘coochie-coo baby raising and no sex’ in favour of polyamory. It’s a big adjustment, but providing each are open and honest about their relationships outside the marriage anything’s possible.

As the book unfolds, Chris’ self-esteem takes a nose-dive as he clings to his devotion to Sarah – wearing his celibacy on his sleeve. But Sarah, no longer intimate with Chris, although she professes to love him, is relentlessly prowling Melbourne’s club scene seeking sexual gratification and amorous adventure away from the deadening shores of domesticity. Chris’ unconditional commitment to Sarah is maddening until he stumbles across lust with polydactylous Biddy, an actor and musician.

Dalgarno’s writing is lively, and upbeat. It’s a racy, pacy, can’t-stop-to-take-a-breath romp of a read, and the protagonist’s stark honesty and relatable frustrations with everyday life makes Poly a page-turner.

We are privy to Chris’s deprecatory self-talk, his secrets, his sexual fantasies, his mean side, and his chatty asides on the pluses and minuses of polyamory. And here, Dalgarno grapples with a selection of additional tough themes including: masculinity; identity; mental health and the competing pressures of work and family life. A fall out from a polyamory mode of existence, is a lack of solitude due in part to the gnarly reality of keeping multiple partners and the social circles they frequent, content.

Yet, the prose is light-hearted, non-judgemental and drizzled with droll humour. At times, the narrative tests the limits of credibility as Sarah, a working Mum with two young children, chases sex with a string of handsome men. Sex seems the all-consuming element in her life as she hits forty. It’s hard to fathom how a Mum, with multiple pressures at work and at home, could be as carnally hungry as Dalgarno says she is.

When Chris’s relationship with Biddy becomes serious and consequently more time consuming, the parents need a babysitter because Chris’ availability is is no longer on tap.

Enter Zac, a Uruguayan, former child prodigy who easily assumes child-rearing duties and forms a caring bond with his charges. Meanwhile, the couple’s remarkably undemanding children easily accept that basic parental responsibilities; feeding, school pick up and bedtime rituals, are met by a stranger. And, is Zac really who he says he is?

This romantic comedy-noir, a new genre perhaps, reveals and solves a mystery. But the main frame, the charted ups and downs and complexities of Chris and Sarah’s polycule (a romantic network) is ultimately left hanging. 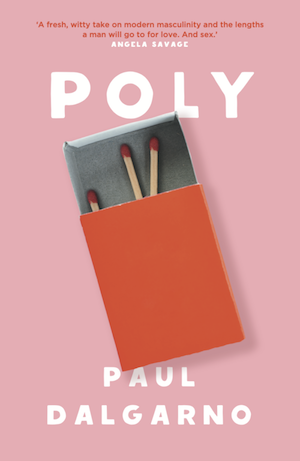