A collaboration between the Benaki Museum in Athens, property developer ISPT and the Hellenic Museum aims to open a local branch of the Benaki in a heritage-listed Melbourne building.
Richard Watts 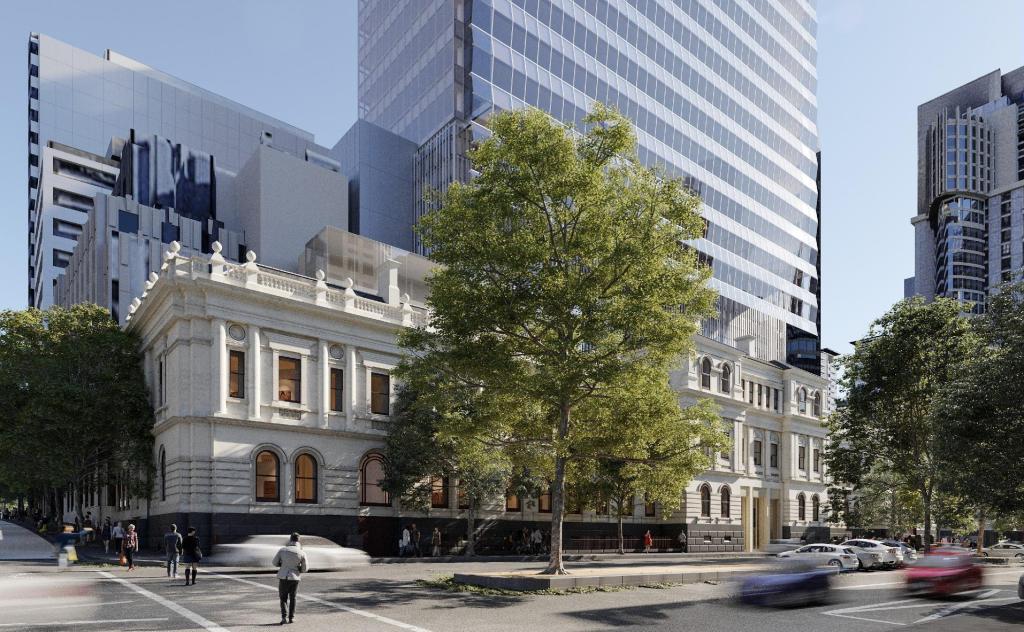 The exterior of the proposed museum and development on Queen Street. Image credit: Hellenic Museum/ISPT.

A new, world-class museum celebrating Greek culture is to be built in central Melbourne.

While plans for the development are still in the early stages, the ambitious partnership between Melbourne’s already established Hellenic Museum and the Benaki Museum in Athens – together with property developer ISPT – aims to open the first international satellite of the Benaki Museum within the former Land Titles Office at 247-283 Queen Street, Melbourne.

Established in 1930 and one of Greece’s most significant art museums, the Benaki Museum has subsequently expanded from its original base of operations in central Athens to multiple sites across the city.

Its main hub, which reopened in 2000 following earlier earthquake damage, houses Greek artworks ranging from the prehistoric period to the modern era.

The reopening allowed for the creation of a series of satellite museums across Athens focussed on specific collections, including Islamic art, photography and architecture, a toy museum and more.

Modelled on the establishment of the Guggenheim in Bilbao and the Louvre in Abu Dhabi, the Melbourne extension of the Benaki Museum will be its first international satellite.

John Tatoulis, CEO of the Hellenic Museum, told ArtsHub: ‘This extraordinary opportunity could only be delivered because of the unique partnership between the Hellenic Museum, the Benaki Museum and ISPT. We’ve all come together because of our collective belief in the need to establish in Melbourne, a truly inclusive first tier cultural institution of both national and international significance.’

The Hellenic Museum, based in the Old Mint in Williams Street in central Melbourne, has partnered with the Benaki several times in recent years. 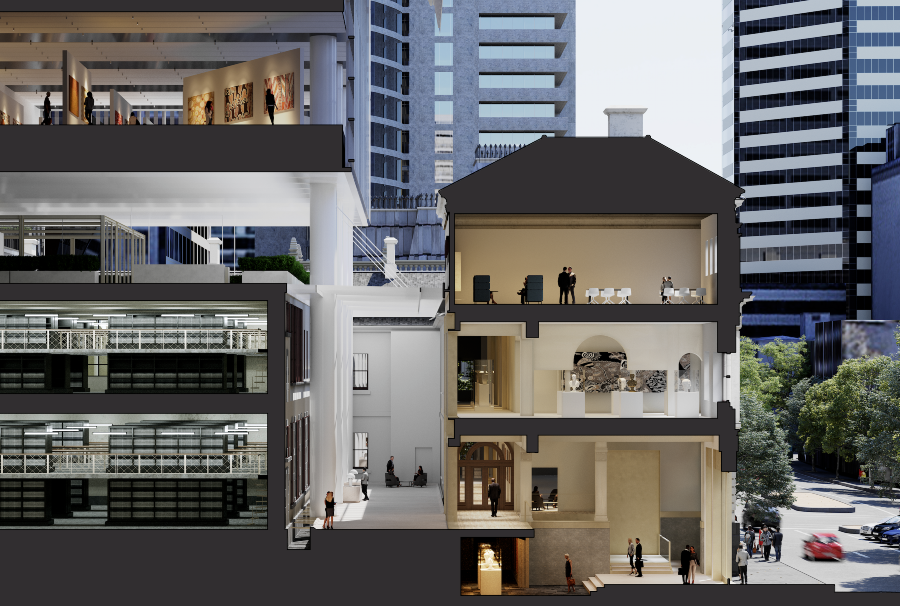 A cross-section view of the proposed museum and development. Image credit: Hellenic Museum/ISPT.

News of the Benaki’s plans for a Melbourne satellite museum have been welcomed by the local Greek community.

‘We are delighted with the recent announcement in regards to announced plans for the Benaki Museum … To have one of the premier museums partnering with the Hellenic Museum will add significant depth to the cultural content of our wonderful cosmopolitan city.  It really is an exciting chapter for all of us Melburnians and more so for the Greek diaspora,’ said Bill Papastergiadis, President of the Greek Community of Melbourne, the city’s peak Greek cultural and community body.

Melbourne’s Greek diaspora population has been significant for many years, beginning in the 1850s with the gold rush and increasing significantly after World War II.

Speaking to an Australian audience via Zoom last week, the Chief Executive Officer of the Benaki Museum, Haris Siampanis, spoke of the importance of educating both Greeks and non-Greeks about the country’s culture and history.

‘In my point of view, there is no museum if there is no educational element. We want to educate not only the Greeks outside Greece, but all the people who want to learn about the Greek history,’ Siampanis said.

Perhaps hinting about the new partnership with the Hellenic Museum, which at that stage had not yet been announced, he also stressed the importance of collaborating with other museums around the world.

The heritage-listed Land Titles Office where the new museum will be based was originally constructed between 1874 and 1877. Currently empty, its redevelopment will include the construction of a new, 30-story tower at the Little Lonsdale Street end of the site.

While significant funds are already in place for the museum’s development, several factors are still in play, including raising additional support from the private sector, philanthropy and Government.

A $244 million planning application was lodged by ISPT last month to restore and redevelop the Queen Street site, which will be designed by award-winning architects Bates Smart.

Construction is expected to take at least three years once it gets underway in 2021. 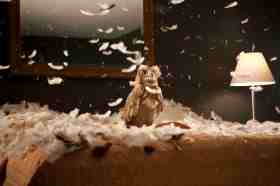 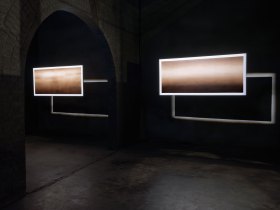