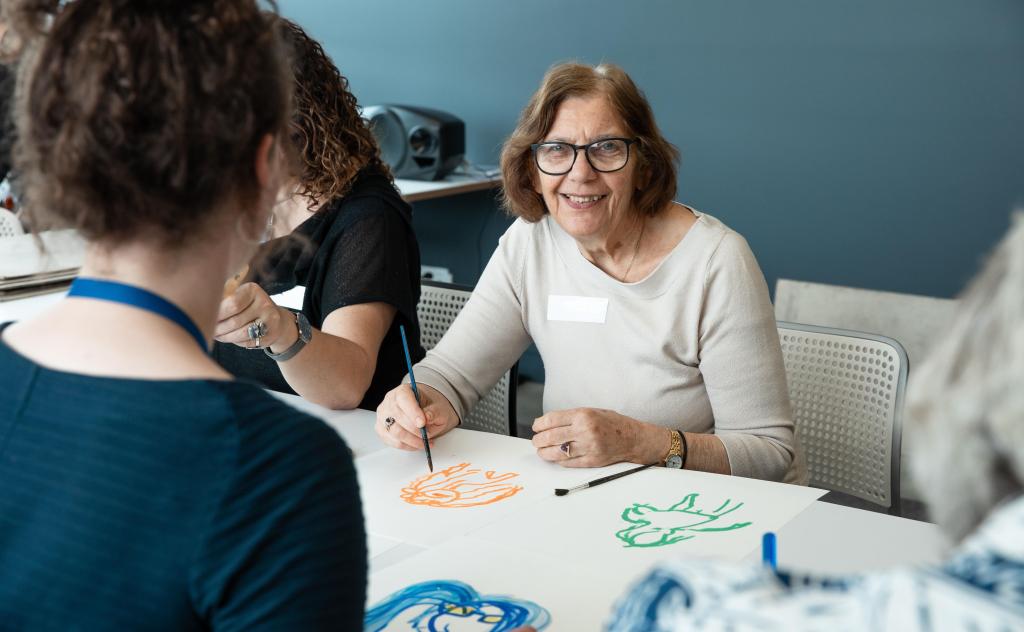 With the theme, ‘A little support makes a lot of difference,’ Australia is currently commemorating Dementia Action Week (21-27 September). The tagline is particularly resonant given so many of our elderly have been hit hard by the pandemic. Perhaps, the action and support that’s most needed at present is ensuring their lives remain rich, including keeping creative practices alive, despite lockdown.

Dementia affects close to half a million Australians. That number is set to double in the next 25 years, Dementia Australia reports.

That rising figure helped spark a three-year pilot research program developed collaboratively between the Museum of Contemporary Art Australia (MCA), the Brain and Mind Centre at the University of Sydney, and Dementia Australia.

Called Artful, the program comprises both in-gallery programming and data collection, which ran between March 2016 and October 2018. The reported findings were published in July 2020.

The research looked at how regular art activity can impact on both wellbeing and markers of neuroplasticity in people living with dementia and the full report is available to download.

The program focused on groups of six to eight people and their care partners, who visited the MCA fortnightly for five 2-hour sessions over a ten-week period. Additionally, ‘Artful at home’ packs were designed and given to participants during the alternate weeks of the fortnightly program to extend the creative experience beyond the onsite visits.

These have formed the basis of an online toolkit made available for home download in response to COVID – the Artful: Art and Dementia toolkit.

‘The Artful at home packs quickly evolved into a long-term tool for meaning-making and relationship building, which could be integrated into participants’ day-to-day lives,’ the MCA said in a statement.

Findings from the Canberra Symphony Orchestra’s (CSO) eight-week Music and Memory pilot program for people with dementia – developed in partnership with the University of Canberra,  Goodwin Aged Care Services and ActewAGL – demonstrated a statistically significant reduction in disruptive behaviours of people living with dementia when engaging with music.

The findings were published 24 September, and show that ‘insecurity and restlessness [as] measured by the frequency of behaviours such as hoarding / hiding objects, agitation at the end of the day and nocturnal restlessness’ we re significantly reduced between week one and week four of the program, with further reductions observed by week eight.

A significant reduction in repetitive behaviours such as pacing, aimless wandering, repetitive utterances and unwarranted requests for help was observed, as well as a reduction in the frequency of physical and verbal aggression.

‘One of the key benefits we observed was the calming effect of the music across the study group. The design and delivery also made it possible to build rapport with the participants and connect on a social, as well as musical, level,’ said Kristen Sutcliffe, CSO program lead.

Read the full report and learn more about Music and Memory: Emerging findings. 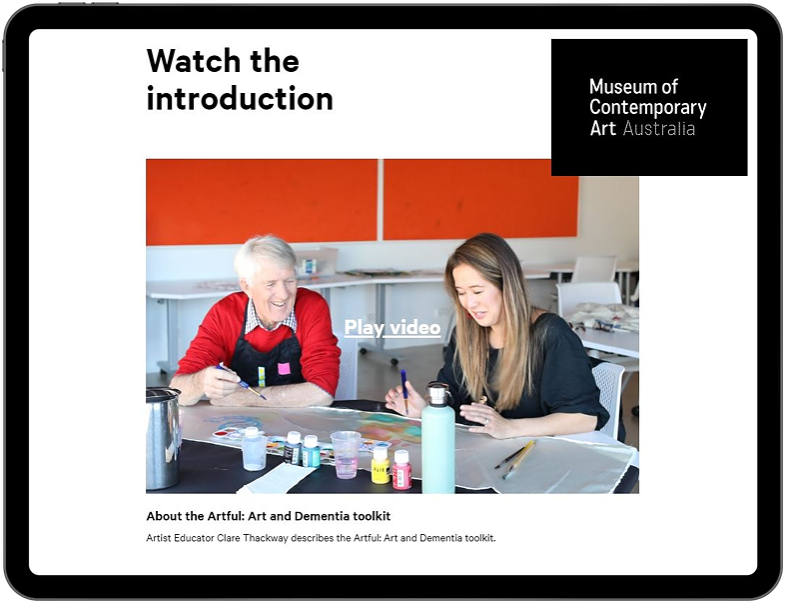 The toolkit is a creative learning resource with 10 artmaking activities designed for people living with dementia (and their support network) at any stage in their lives. It can be used at home, in a healthcare setting, or a gallery.

‘We believe being creative is possible for everyone and that being creative can lead to increased wellbeing. No prior experience or skills in art are necessary to use the toolkit,’ said the MCA.

Read: Why the elderly need art and connection more than ever

Once the toolkit has been purchased, the activities it provides focus on five themes inspired by artworks in the MCA Collection:

Each activity has warm-up questions to help start a conversation about the artwork; written and video instructions; options to tailor the activity to the individual’s needs and interests, and tips for working in groups. 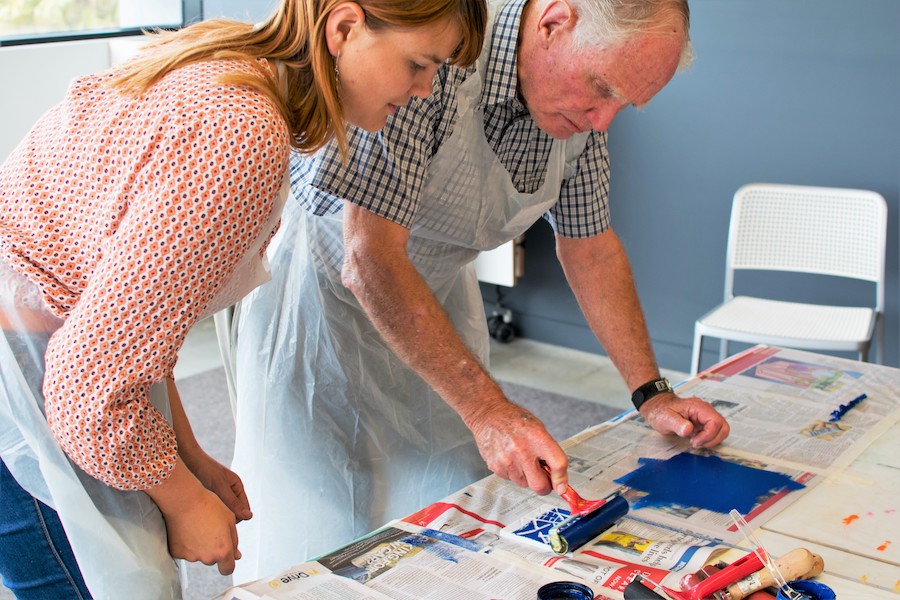 The role of play

The MCA’s in-gallery Artful program has been in operation since 2015, promoting the following critical observations: ‘We have seen the impact that art and creative expression can have on participants during Artful, leading to improved self-confidence, wellbeing and social cohesion,’ an MCA spokesperson said.

‘Play is something we associate naturally with children. We forget how to play as we get older; being given permission to play is highly liberating, but can sometimes be intimidating. Admittedly, the “play” within the Artful: Art and Dementia program was highly structured. The artist educators created a framework of creative learning strategies that enabled fun and the development of new experiences and skills to take place. It is play with a purpose. It is play that encourages confidence and an opening up.’

When asked, ‘Did the Artful program help improve your overall mood?’, 92% responded positively.

The report also notes that for many care partners, their relationship with their loved one once dementia begins to impact is one of loss and grief.

‘Creating new connections allows carers to feel hope in forming a positive relationship in a new reality, rather than trying to connect with what has gone,’ the MCA said.

The National Gallery of Australia has reopened its in-gallery tours and workshops as part of their Art with Friends: Art & Dementia program.