As violence – and the silence around it – spikes during COVID, a new project uses craftivism to give voice to women and non-binary people, created by Queen Victoria Women's Centre's inaugural Feminist in Residence.
Gina Fairley 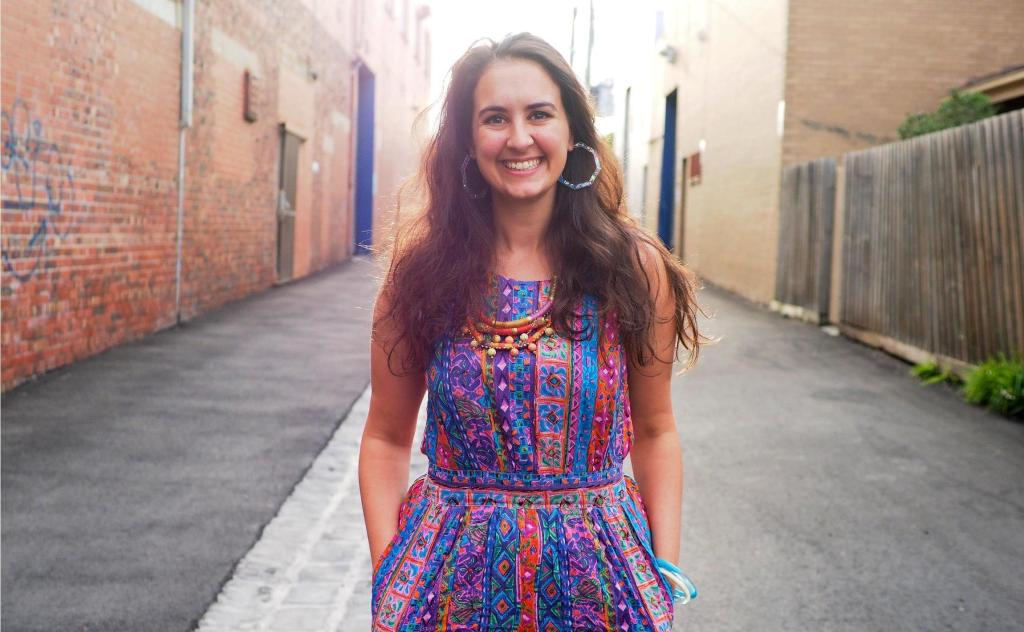 Make a Fuss is a project that uses craftivism – a method of creating political dissent through craft – to explore the idea of women’s silence.

Launched by the Queen Victoria Women’s Centre in Melbourne’s CBD, the project is the brainchild of the Centre’s inaugural Feminist in Residence, Kate Robinson.

‘Most people think of the law and art as totally opposed to each other, but it was my work in a community legal centre that got me back into craft. Then I came across the term ‘craftivism’ and I became really interested in the intersection of craft’s therapeutic function, and as an expression of issues around action and justice,’ Robinson told ArtsHub.

Robinson is both a self-trained craftivist and feminist community lawyer, who works in the area of family violence in Melbourne’s western suburbs. She is especially interested in the notion of silence, and that colloquialism that women have adopted for generations, ‘I don’t want to make a fuss’.

As the Centre’s inaugural Feminist in Residence, the only position of its kind in the country, she is calling for submissions from women and non-binary people across Victoria to make a piece of craftivism about a time when they ‘didn’t want to make a fuss’.

‘Many of these women don’t consider themselves as artists, but they are crafting as a way of expressing their frustrations and anger. The legal system to me is such a hierarchical and oppressive place, so when I thinking about this project, the theme of silence ran true to me as young bi-racial woman working in this male dominated profession,’ she said.

‘This moment in the legal profession during COVID, and the recent sexual harassment allegations towards a high court judge, has pushed me to this idea of an open secret. It is similar to the situation with [Aboriginal] deaths in custody and domestic violence. Making that strategic decision – of when to make a fuss – and pushing back against that idea women have grappled with for generations is important,’ said Robinson, adding that craft can be perhaps a more comfortable and safe way to do that for some.

Robinson said she got hooked on craftivism, reading books and listening to as many podcasts she could find on the topic. While this project is part of her residency – which was locked in pre-COVID – she said it had morphed in a different way due to the pandemic. 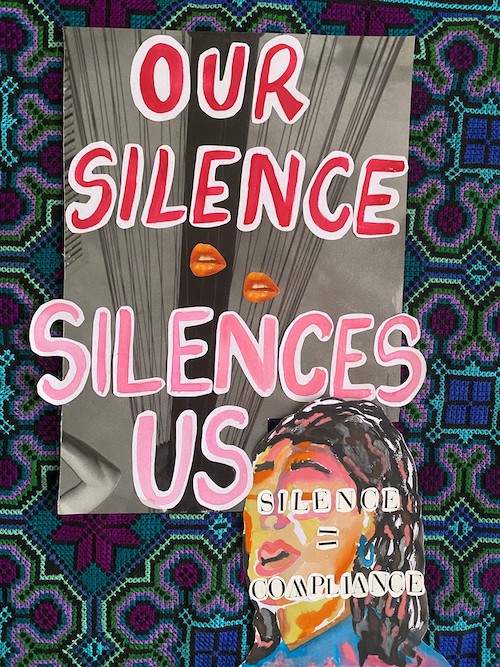 ‘This idea of silence and violence is particular true at the moment with the rates only increasing,’ said Robinson. ‘We are now in a second lockdown so there is some expectation it will spike. A lot of intervention orders are being put off, to avoid people going through the Court system, so those true numbers are a bit unknown at this time.’

She added that the flip side to the pandemic’s impact on the project was that she was ‘sick of spending time on the computer, so I am spending more time creating and sitting with the ideas.’

Robinson said that on top of the exhibition at the Centre, her ambition is to take it mobile. ‘As someone who lives in the western suburbs, my dream is to make take it into the community. We’ve sourced a caravan – the craftivisit caravan – which we hope to park in any main square, and anyone can walk in and look at this strange exhibition and see their voices – to feel their journey through this craft – and contribute as well.’

Submissions to the Make A Fuss, craftivism project closes at the end of lockdown on 19 August 2020. And is open not only to professional artists but all crafters. The submissions will come together as a large-scale art project at the Centre once they are able to reopen.

Robinson concluded: ‘I have seen for myself how craft can be a powerful and subversive way to bring women’s voice together an create change.’

This project, Make a Fuss, has been funded by the Queen Victoria Women’s Centre.