Responding to a recent review, Cementa19 make the point, that like all good art, a festival should make you uncomfortable, awkward, challenged, and aware of the social reality in which you play.
Alex Wisser 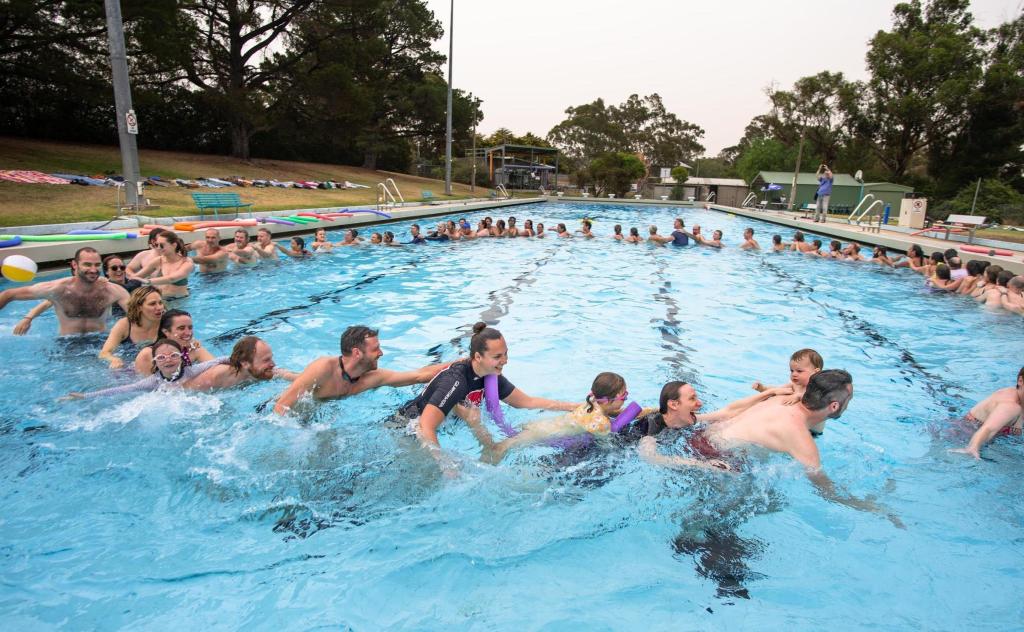 Gina Fairley’s ArtsHub review of Cementa19 picked up on the tensions that were felt throughout the festival and suggested that we might be losing the connection to the Kandos community.

While I don’t agree with her conclusion, her review did what any good review should do. It sparked debate and produced a conversation that was much needed, allowing ourselves and our communities to reflect on the complex and difficult task of producing a contemporary arts festival that includes a community to whom the culture is predominantly foreign. We are grateful to ArtsHub to be able to continue this conversation.

As the review intimated, the town and our entire region is under a lot of pressure. We are in the middle of an extreme drought and at the time of Cementa19, our region was experiencing unprecedented bush fires that are still raging. On top of this, the recent rejection of the Bylong Coal Project continues the trend of local economic decline.

These are huge pressures that a small, under-resourced art festival has almost no capacity to address.

While Fairley’s review was not implying that it was our responsibility, it did remind us that our original mission was to ‘revitalise’ the town of Kandos – a mission the review suggested we are failing at.

The idea that Cementa would revitalise Kandos was an early one, conceived in a moment of unrestrained optimism along with all the other enthusiasms that haunted the first festival. Art was never going to ride in on its white horse and save the small country town, but perhaps it could contribute to its recovery by raising its profile, contributing to its economy, and reimagining its future.

This shift in perspective was a direct result of the community response to our endeavor, tempering the early, self-aggrandising fantasy with a more grounded expectation. It helped us to establish a realistic working relationship to the town.

Things did go wrong this festival. We reduced the opening hours of the Kandos swimming pool for SWIMMING POOL (1.) without anticipating the impact this would have on the community, on what turned out to be the first hot weekend of the summer.

This conflict made it onto social media and there was certainly enough discussion of it around town. This exposed tension was similar to the first festival, but this time there was also a strong showing of locals who came to our defense, demonstrating a more evolved relationship. 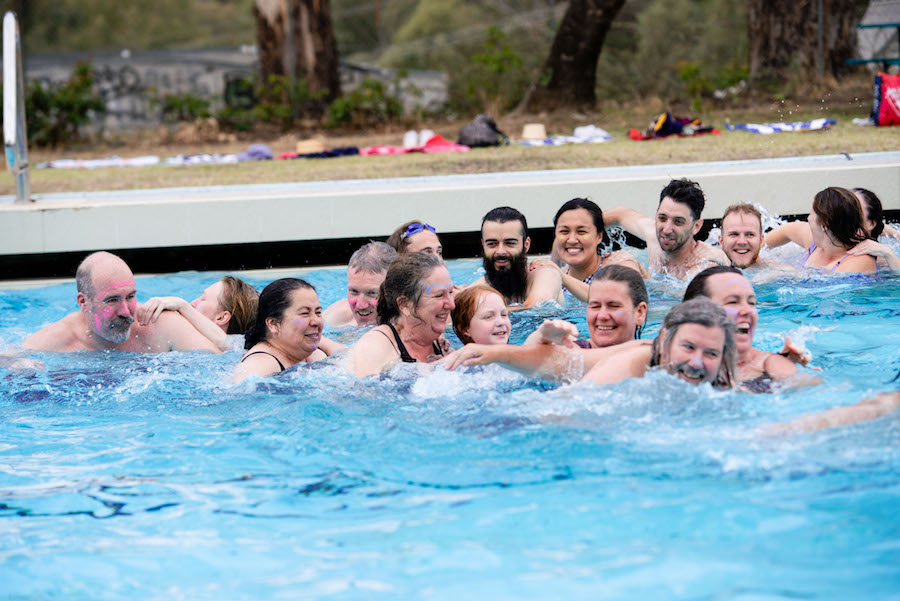 SWIMMING POOL was delivered despite a very tight time frame due to late funding approval. It was, as expected, a highlight of the festival, much loved by everyone who experienced it. The issues that the review raised are all related to the difficulties of creating community engaged work at any scale within the current funding environment, and it is to the credit of the PYT team that they were able to deliver such an amazing production under such difficult conditions.

The fact is that the tensions felt at this festival have existed across all four festivals and whether or not the visiting audience picks up on them is a matter of circumstance.

These tensions are as much the truth of our society as they are of Cementa. As a festival in which we ask the art to look at the town, there will always be the return gaze of the town, and this is what makes Cementa worth doing.

It offers us an opportunity to reflect and learn. There is an audience here whose opinion is critical and far from guaranteed, and a portion of the community who will not be won over, no matter what we do.

That community tensions were able to come to the surface at Cementa19 without overwhelming the festival is testimony to the solid and broad base of support from our community that makes the festival possible. The fact that we were able to have our opening night at the RSL for the first time is a case in point.

We staged a contemporary performance art night in combination with the local meat raffle, and there were moments of real tension in the room as the two communities struggled to relate to each other.

There were also moments when we were all singing along to Renny Kodgers and Bec Dean’s Karaoke duet or booing and cheering to the local theatre group, The Twin Town Player’s pantomime taking the piss out of the artists descending on the town.

The point is that like all good art, the festival should make you uncomfortable, awkward, challenged, and aware of the social reality in which you play. For us it is the tension that marks the consequence of what we are doing, that there are no foregone conclusions but only that which we risk and that for which we risk it. This seems to us to be the kind of art we should be making.

Alex Wisser is Creative Director of Cementa Inc, and a local of Kandos (NSW) where the regional festival is held. He is a professional photographer specialising in art documentation, event photography and photojournalism. In 2016 I co-founded Kandos School of Cultural Adaptation (KSCA), an artist cooperative dedicated to pursuing the idea of art as any practice that effects cultural change in the world, rather than ideational change in the 'art world'. He was also co founder and director of the Sydney ARI, INDEX. Art Space (2010-2014).