It’s a challenge to curate a fresh take on Matisse and Picasso, two of the most widely shown artists, but an age old rivalry adds a new lens.
Gina Fairley 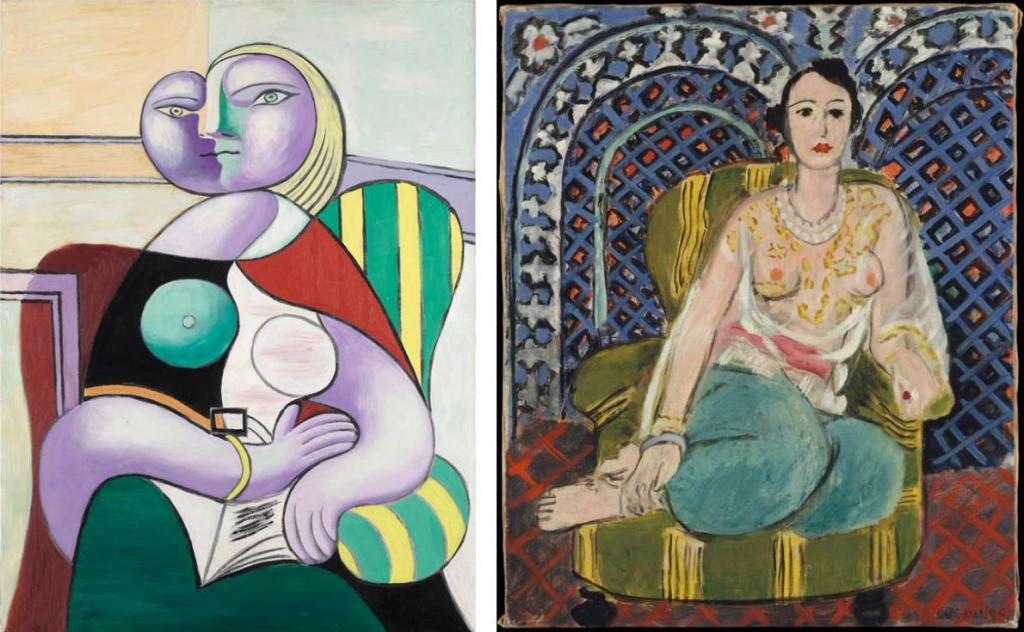 Pale pink and pale blue are not the colours we immediate connect with artists Henri Matisse and Pablo Picasso. Nor are they the colours we associate with rivalry. However, they are the colours chosen by the National Gallery of Australia (NGA) to backdrop its latest summer show, Matisse & Picasso, which opened this week.

Needless to say the colour choice worked. Rather than the suffocating intensity we might expect of pink walls, this exhibition is filled with lightness, and the scale of the paintings feel especially intimate on the lofty walls, without being pinned in by over-design. 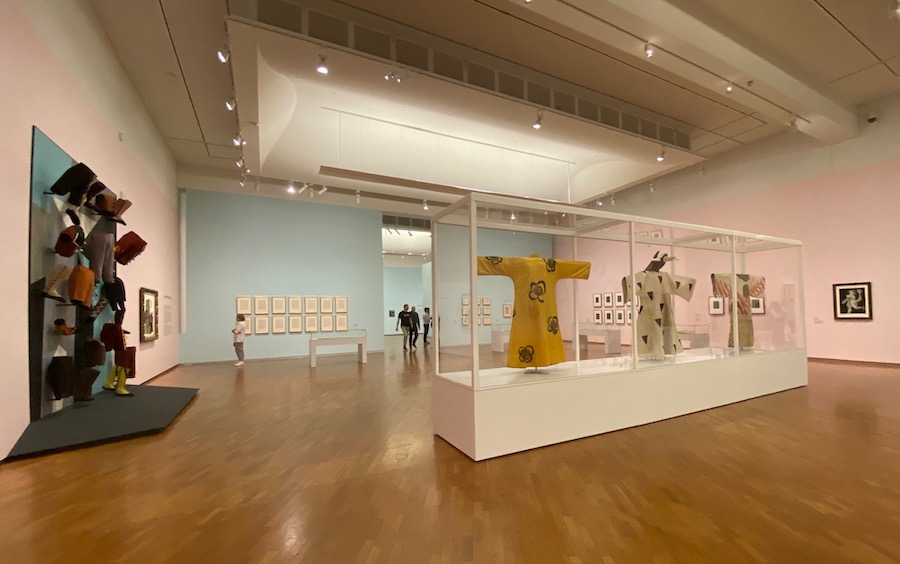 From the start, this exhibition is unexpected in its account of these two great modernists. Off to the left of the entrance is a group of six small paintings that act as a kind of launch pad.

Among them, Matisse’s painting Notre-Dame (1905) was considered an important milestone towards Fauvism – a movement of which he was renowned as its leader – while Picasso ‘s intimate painting Woman ironing (1901) was equally indicative of his signature Blue Period of the early years.

They are as Curator of the exhibition Dr Jane Kinsman, NGA Head of International Art, ‘poles apart’.  But the collision of creative forces is just around the corner – literally.

Kinsman continued: ‘Picasso was a child prodigy and he came [to France] from Spain, determined to make a name for himself, while Matisse had been struggling to become a radical artist and is just about to make it to the leadership of the avant garde in France when Picasso turns up.’

But the prickle went both ways: ‘Matisse’s creativity tempted and ruffled Picasso,’ writes Kinsman. ‘Matisse did not like Picasso turning up and undermining his role, and Picasso was determined to make a name for himself.’

The year was 1903, curiously the same that Australian artist Hugh Ramsay was in Paris, whose work is explored in a concurrent exhibition at the NGA.

Matisse was 12 years older than Picasso, and it is likely that they met in the company of Leo and Gertrude Stein – brother and sister expatriates and art collectors.

The enormity of that moment is perhaps best captured in that early gallery, where the viewer – just like the avant garde scene of the time – was filled with anticipation of greatness. It is however, introduced in less great terms – well at least as far as scale goes.

Two small paintings are almost lost in a sea of wall and architectural might. Yet the dark eyes, set jaws and framed faces of these two pieces said it all – the battle was on. I am talking of the two paintings, Picasso’s Head of a boy 1906, which takes that earlier Blue Period and overlays it with an influence of Gauguin. It was Picasso’s first interest in ancient and exotic sources.

Paired with Matisse’s Marguerite, painted in the same year, and carrying the hallmarks of what made him a great Fauvist. 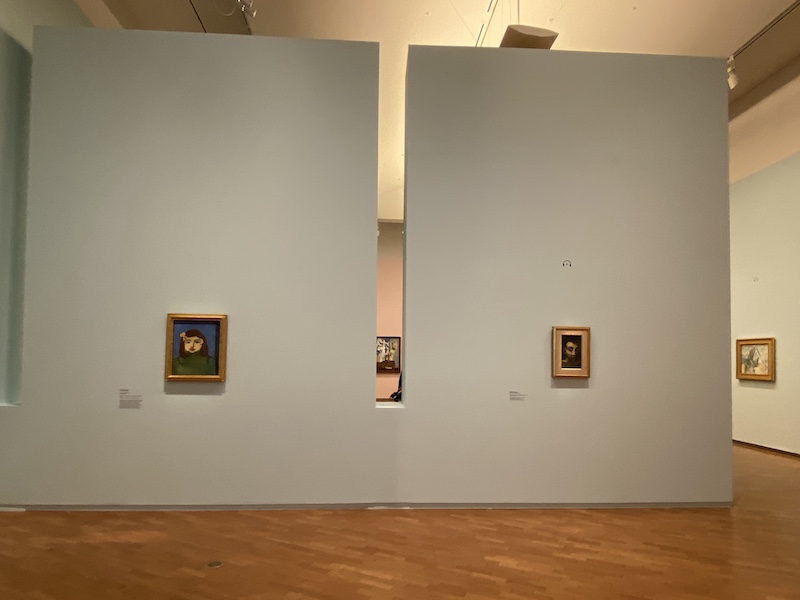 So the barricades were charged, and the next gallery of works play out an early antagonism as both contended to be the heir of the great Cubist Cezanne. Visitors literally moved into what was described in their day as a ‘boxing match’.

Rivalry aside, for Australian audiences this gallery is the most delectable walk through a chapter of art history peppered by greats. You can literally see the brushstrokes increasingly breaking up as one walks along these paintings, from Picasso’s Glasses and fruit (1908) to his painting The Writing Desk (1910), where form as we know it is fractured beyond recognisable definition.

In contrast, Matisse’s Still life with oranges (1912) demonstrates his preoccupation as a colourist, less interested in multi-faceted arrangement and more manipulating space through colour. 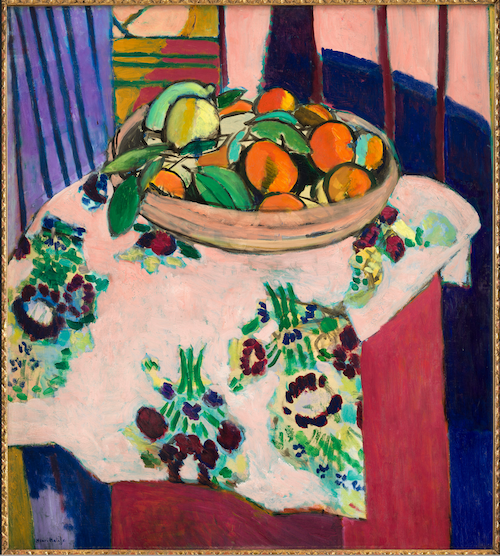 The speed at which both artists were developing and experimenting is incredibly exciting to witness.

The exhibition then moves through a chronological narrative of how these two became the greatest rivals in art history. Always hungry for the new the pair became enraptured by Ballet Russes, which presented their first season in Paris in May 1909. Picasso was the first to design stage sets and costumes for them in 1917 Picasso; Matisse following in 1919.

It was the start of a long association, one that NGA has collected, and also makes sense to illustrate the texture across their practice. This exhibition presents over 200 works that eloquently move between painting, drawing, sculpture and works on paper.

World War I had an incredible impact and for both Picasso and Matisse that hard-nosed pursuit of abstract welcomed a softness, and a turn to the natural. We start to see their incredible capacity to capture the female form, both idiosyncratic.

A particularly wonderful pairing is the paintings by Picasso, Women by the sea 1922 and Seated woman in a chemise 1923. Compared with the paintings of Matisse in the next gallery, Reclining odalisque 1926 and Seated odalisque 1926, which are lush in colour, pattern and sensuality the diversion of those early days again seem to comfortably find a stride. 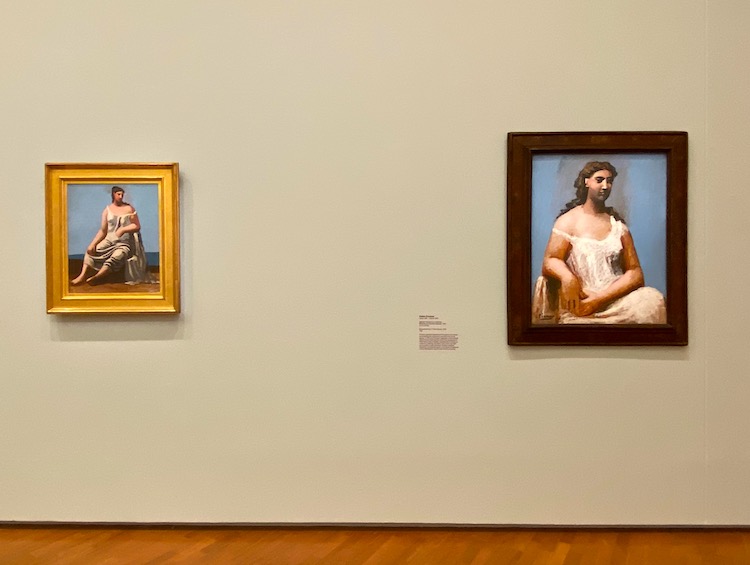 However, the tensions are never that far off. This is the joy of this exhibition by the NGA, that it pushes beyond a chronological roll-out to build a narrative that bounces and questions and opens new readings for viewers.

It is here that the exhibition starts to call heavily on its collection of works on paper by both artists. Picasso’s infamous Vollard Suite is marched out in part. I’m in two minds regarding its inclusion, having just toured extensively around Australia, but here sitting in conversation with a suite of drawings by Matisse and the artist broader oeuvre.

I would lean on the side that this exhibition has curated them beautifully into a major international exhibition – the import and the domestic come together – a lesson in activating our collections.

This room is anchored by the two master works by Picasso, Reading (1932) and Large nude on a red chair (1929). Sitting on that soft pink wall their presence as iconic works is far from diminished, the palette drawing life into them. 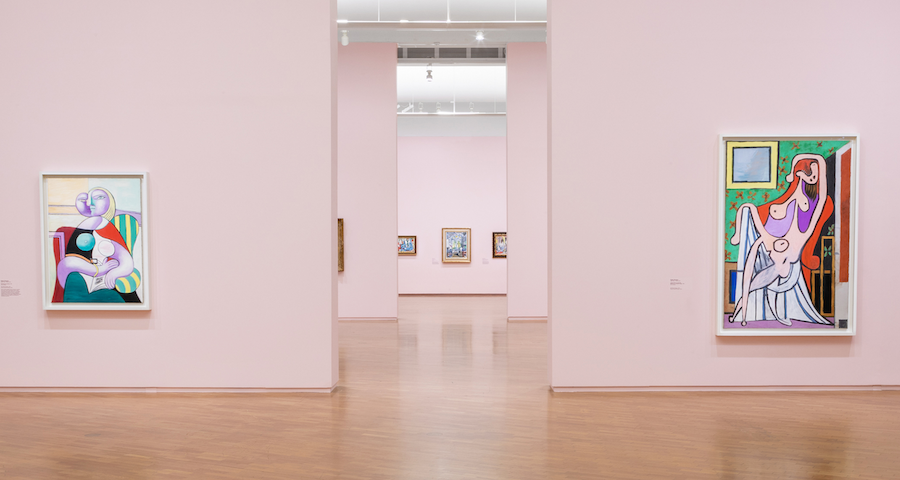 The next gallery offers yet another shift. Jumping to Matisse’s painting Seated girl, Persian dress (1942), it is like he is throwing off his the odalisques series with a relaxed brushy style. The vertical stripes in her purple kaftan are actually scraped out.

Indeed, ‘This work was a gift from Matisse to Picasso in December 1942,’ explains Kinsman in the catalogue. Matisse got a new lease of life when, in 1941 he was expecting to die on the operating table. This energy, this ‘rebirth’ as Kinsman described it, was the catalyst for Matisse’s celebrated papercuts.

The rivalry was there to the very end. Apparently, Picasso did not attend Matisse’s funeral in 1954 or console his family. It was some time later, however, that a lament rolled out. The last room of this exhibition stages that act finale.

Matisse and Picasso are household names; most of us can immediately picture several of their works. And yet, this exhibition manages to find that thread that sews new knowledge, new engagement with the much loved and familiar.

Telling that narrative with loans from some of the most iconic institutions around the world, and celebrated through the gallery’s own collection holdings, this is an exhibition that will delight in all its pale blue and pink, lightness and rivalry.