Melbourne Opera did the school of singing proud with an impressive production of this challenging bel canto opera.
Caleb Triscari
[This is archived content and may not display in the originally intended format.] 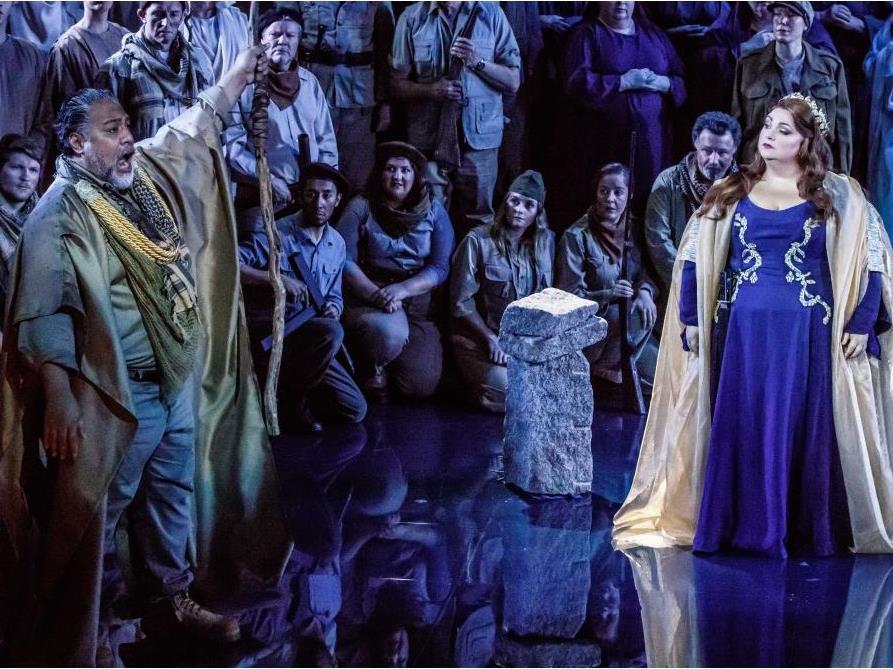 Melbourne Opera’s decision to bring Bellini’s Norma to the stage was a bold one. With its mind-boggling coloratura and long phrases, finding the appropriate cast is no easy task. Luckily, the company made the right choices when bringing this performance to life.

Originally performed in 1831 in Milan, the opera recalls the conflict between the Druids and Romans during the Roman occupation of Gaul. Norma, high priestess of the Druids, has secretly broken her vows of celibacy and had two sons with the enemy Roman proconsul, Pollione. As Pollione falls out of love with Norma and turns to fellow priestess Adalgisa instead, Norma struggles between her personal affairs and her duty to the Druids. Eventually, she confesses her betrayal to the Druids and is executed.

In director Suzanne Chaundy’s interpretation, the setting takes a step forward in time to what seems like the 20th century, complete with military uniforms for the Romans and automatic weapons for the Druids. Yet, at face value, it was unclear how this further propelled the creative substance of the production, considering how the historical conflict between the invading Romans and the Gauls wasn’t difficult to immediately grasp.

Heralded as one of the major bel canto (or ‘beautiful singing’) operas, the cast managed to do the school of singing proud. Norma, played by Australian soprano Helena Dix, kept her long phrases steady and stoic, getting louder and softer where necessary. Her opening lines cut through the crowd and every note in the challenging number of runs she had to perform stood their ground. The enchanting Bellini aria, Casta Diva, was carefully executed and the higher pitches excellently sustained.

Rounding out the primary cast, tenor Samuel Sakker was fantastic as Pollione, Norma’s source of strife. While his performance as a romantically troubled Roman wasn’t always convincing, his extensively trained vocals and dominating vibrato made him an excellent choice for the role.

Adalgisa, played by mezzo-soprano Jacqueline Dark, was the perfect voice to complement the brighter-sounding Dix. The perfectly synchronised duets between the two women were definitely one of the highlights of the entire performance. Eddie Muliaumaseali’i – receiving the second-largest applause after Dix – was a fan favourite whose portrayal of Norma’s father, Oroveso, was maintained throughout the performance through his solid, grounded bass register. The supporting chorus played their roles well however, there were moments when lines were out of sync with the supporting orchestra.

Witnessing the Bellini opera live, it’s immediately clear what is demanded of those who attempt it. Having the capacity to master the high priestess’s acrobatic lines – not to mention the legacy left behind by previous performers like Joan Sutherland – is the make or break of this complex production. Thankfully, this is what Melbourne Opera accomplished in this fine performance.