How museums can stay relevant in the 21st Century

At Remix Sydney this year, Kim McKay spoke about museums finding new audiences and leading our national conversations.
George Dunford
[This is archived content and may not display in the originally intended format.] 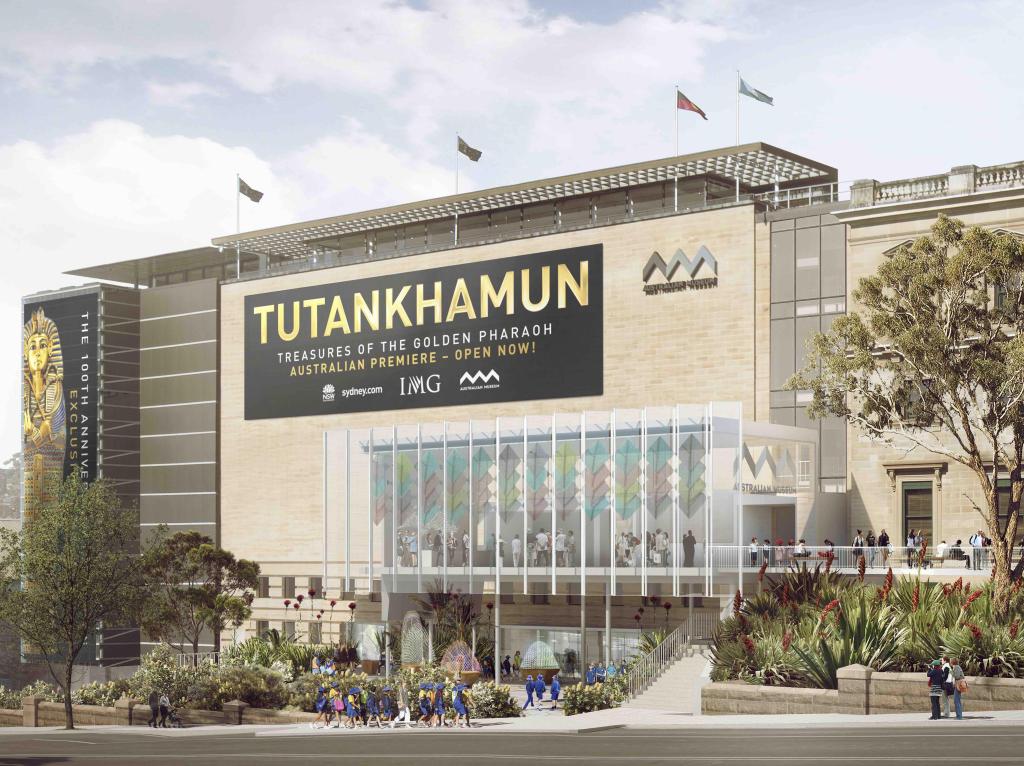 Concept art of the Australia Museum ready for the Tutankhamun exhibition in 2021. Image supplied.

Rather than avoiding politics, Director of the Australian Museum (AM) Kim McKay made a call for museums to lead conversations on climate change and representations of First Nations people. She provided a compelling argument for how museums can stay relevant, even in the struggle to get kids (and some parents) away from their screens.

McKay has helmed Australia’s first museum for five years, ushering in some big changes including the Crystal Hall entrance and the restoration of the Long Gallery. But McKay is no stranger to transformation as both the co-founder of Clean Up Australia and Senior Vice President, Global Marketing and Communications at National Geographic.

While it might not be a typical CV for someone taking the reins of a cultural organisation, McKay’s appointment is part of a growing trend to look outside the sector for leadership, including the appointment of former ABC chief Lynley Marshall to head up Museums Victoria and her ABC colleague Kate Torney as CEO of State Library Victoria.

The question of relevance faces every cultural institution as they compete for the recreation time and dollars of their visitors. McKay told her REMIX audience, ‘There’s another major force emerging, that of advocacy and whether a museum should take a public stand on issues it is engaged with.’

McKay’s approach is to be an authoritative voice in the conversations her audience is having. It’s this reasoning that sees the AM taking on climate change, with the museum announcing earlier this year that Professor Tim Flannery was now their Visiting Fellow on Climate Change. Flannery himself has been unafraid of politics and was sacked as Chief Commissioner of the Climate Commission by the Abbott Government. Not only is the AM appointment a natural fit for Flannery as he gives talks and conducts research with the museum, it’s also a return. ‘This is Tim literally coming home to the museum as he was Head of Mammalian Biology for 15 years.’

But their climate change advocacy extends beyond famous faces, with McKay pointing to their Frog ID app that has seen 100,000 downloads.

‘Frogs are the canaries in the coal mine of climate change but with more than 240 species in Australia we didn’t know what was happening to them,’ McKay explained. Enter the Frog ID app that analyses every croak and burp to locate different species across the country. ‘It’s the Shazam for frogs with over 180 different species recorded. In almost a year we’ve recorded about 13% of all identifications made throughout history and it’s revealing new information.’

Getting away from screens

Most museums see technology as adding more screens to grab the attention of young visitors. But McKay’s workshops with young people showed her otherwise. ‘I asked 50 kids what they wanted to see in the museum before the word digital came up. What they wanted to see was the real thing – more spiders, more snakes, more sharks – and be able to get up close with them.’ Real experiences remain valuable.

The Frog ID app uses the screens people already have rather than asking them to interact with yet another device. We may have hit ‘peak screen’ for cultural institutions and the real gains are to be made in how museums can use the screens visitors carry with them every day and everywhere.

At AM they’ve introduced long touchscreens that mimic cathedral windows. ‘Interestingly people over 30 don’t seem to know to touch the screens so we have some discreet instructions nearby to tell people to play with them. It’s the old “look don’t touch” approach,’ McKay noted. She sees the popularity of their physical experiences – including the sold-out kids’ sleepover Dinosnore and the Jurassic Lounge for savvy millennials – as positive signs that people still want to participate in the real, albeit in ways tailored to specifically to them. 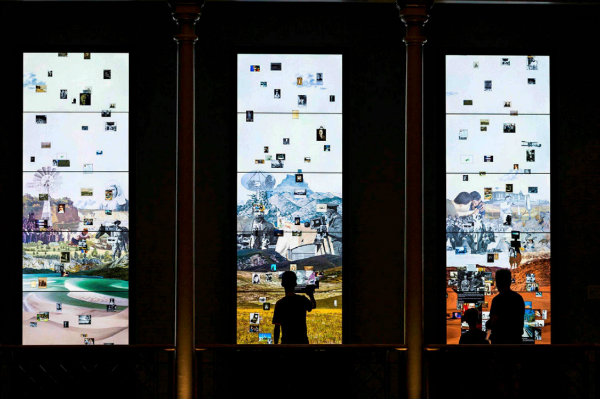 McKay is buoyed by big projects happening around the world, pointing to the National Museum of Qatar – which took 18 years to build – and the $450m redevelopment of the WA Museum as positive signs for museums’ growth.

Russell Briggs, AM’s Director, Engagement, Exhibitions & Cultural Connection, previously told ArtsHub that McKay wisely broke AM’s masterplan up into smaller more fundable phases. According to Briggs, McKay’s first phase was to ‘create an exhibition space in the centre of Sydney to accommodate big touring exhibitions, the likes of which could not have been taken to Sydney before and were going to the Melbourne Museum instead, so the impetus for government was a very sexy vision.’

Building works were a key theme of REMIX Sydney with ACMI CEO Katrina Sedgewick walking audiences through their $40m renewal. The Museum of Old and New Arts’s Robbie Brammal unveiled plans for a new conference-focused hotel called Motown and what he described as ‘the world’s weirdest caravan park’.

The AM’s renovations laid the groundwork to host Tutankhamun, an exhibition that will only be staged in 10 cities globally and has just opened to sold-out crowds in Paris. It harkens back to McKay’s time with National Geographic when ‘putting Egypt on the cover always increased sales – that and dogs. I’m not sure how we’ll do an exhibition on dogs,’ McKay laughed.

Read: A $50 million date with Tutankhamun

As McKay is keen to point out, the Tutankhamun exhibition is more than just a lucrative exhibition for AM with a portion of the profits going back to Egypt to complete the Grand Egyptian Museum at Giza. Rather than create an Elgin Marbles situation – where the British Museum was petitioned by George Clooney to give back the Greek treasure – McKay wants to decolonise the AM.

‘For me though, the way the Australian Museum engages with our First Peoples will be the test of our institution,’ McKay told REMIX Sydney. The lessons of the British Museum’s too-slow decolonisation are felt by all cultural institutions particularly as they look at how Australian Indigenous remains are returned to Country and family.

McKay wants to put more Indigenous voices into the national conversation with AM’s First Nations Galleries, including ‘the ground-breaking GADI exhibition which was on display last year telling some of the stories of Sydney’s Gadigal people’.

The 250th anniversary of Captain Cook’s voyage to Australia occurs in 2020 and McKay sees it as an opportunity to be honest and show a genuine Indigenous perspective. ‘I’ve committed to our team that we’ll be having truth telling at the core of what we do,’ McKay told the crowd.

While she was tight-lipped about AM’s plans – many institutions will be talking about their plans at the Australian Museums and Galleries Association (AMaGA) National Conference in May – McKay recognises the responsibility the AM has to create narratives for all Australians. She told the REMIX crowd, ‘We hold the stories of our past that can help define our present and inform our future.’