Many decades and hundreds of performances later it’s no wonder that the musical (touted and lauded as one of the best ever) has withstood the test of time.
Thuy On
[This is archived content and may not display in the originally intended format.] 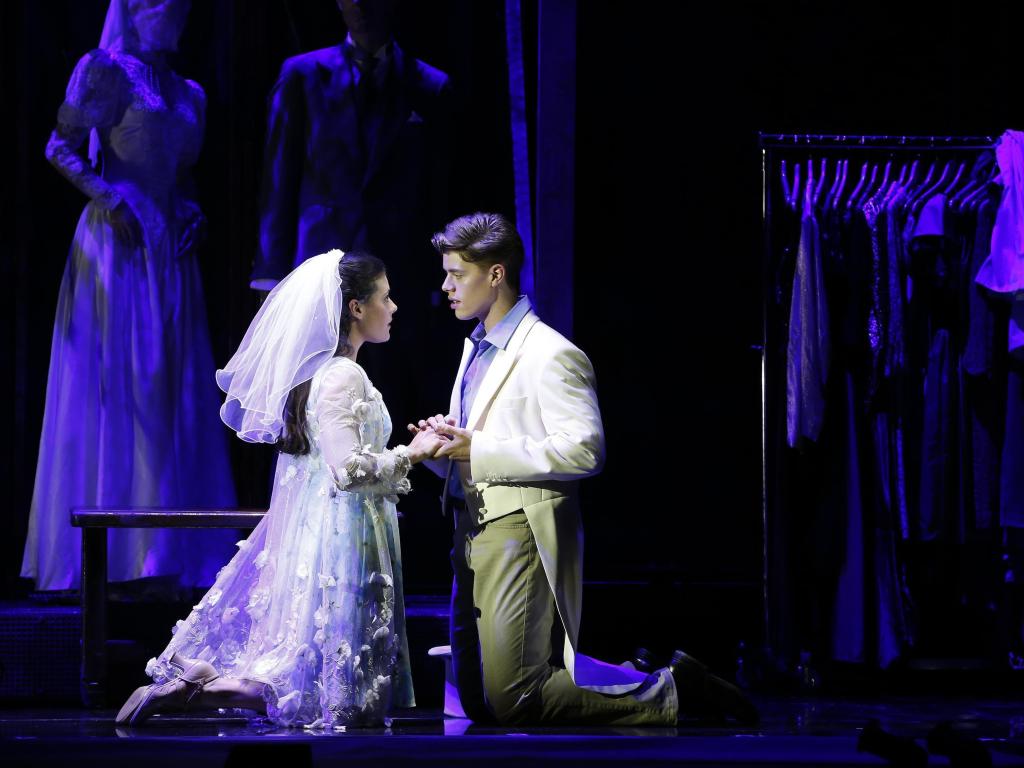 Sophie Salvesani and Todd Jacobsson in a West Side Story. Photo by Jeff Busby.

It’s hard to believe that it’s been over 60 years since West Side Story made its first appearance (in Washington 1957).

The hugely collaborative effort was spearheaded by an enterprising dancer/choreographer and director, Jerome Robbins, who harnessed the combined talent of Arthur Laurents (Book), Leonard Bernstein (Music) and Stephen Sondheim (Lyrics) to realise his vision of a modernised Romeo and Juliet, set in the meanstreets of New York.

Many decades and hundreds of performances later, including the multi-award winning 1961 movie version, and it’s no wonder that the musical (touted and lauded as one of the best ever) has withstood the test of time. Even if you haven’t thought about it for years, as soon as the curtain opens with the finger clicking boy-men in their muscle singlets squabbling for the right to be masters over a contested patch of concrete, all the iconic visual and aural memories will come flooding back.

Who can forget the battle between rival hotheads: the Jets (sons of previous American immigrants) and The Sharks (newest arrivals from Puerto Rico) and the tragic lovers from each respective gang caught in the crossfire of their warring? This iteration, under the direction of Joey McKneely and musical supervisor Donald Chan, is a faithful rendition of all the famous choreography and song, so yes, Bernstein’s score (‘Maria’, ‘Tonight’, ‘Somewhere’, ‘America’, ‘I feel Pretty’ ) and the fight-dancing moves between the surly juvies as well as the sassy dress-flipping of their paramours are all replicated.

As the leads, Todd Jacobsson (Tony) and Sophie Salvesani (Maria) radiate passion and joy among the tragic scrapping of their peers, spotlit more than once, in a clean beam of white innocence. But West Side Story is very much an ensemble piece and it would be unfair to isolate and elevate any single cast member: all perform with the necessary gusto you’d expect, with the rousing score and toe-tapping dance numbers accompanied by a live orchestra. 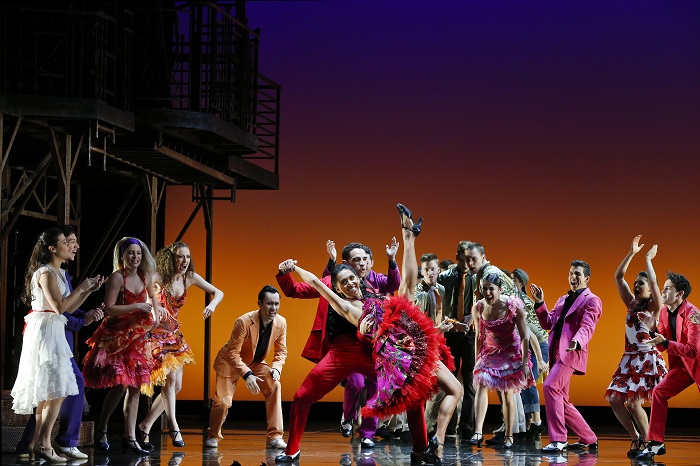 Paul Gallis’ set, with its black and white city screendrop and the storeyed scaffolded buildings on either side is effective but simply rendered, just background foil for the more interesting moveable parts, who are decked out by Renate Schmitzer’s wardrobe in either flamboyant hues (the ‘PRs’) or more paler shades (the Jets) as they go through their paces.

The enduring power of West Side Story is due to a variety of factors: to the music and the choreography of course, but also to to the story: this heartbreaking tale of the clash of cultural backgrounds, of the arrogance and idealism of misspent youth, and of misaligned and plummeting stars.

This production is not so much an innovation of the original but a tribute; why tinker with historic success?