A live-music experience that puts you front and centre of making, listening, sharing and reminiscing about music that moves.
Raphael Solarsh
[This is archived content and may not display in the originally intended format.] 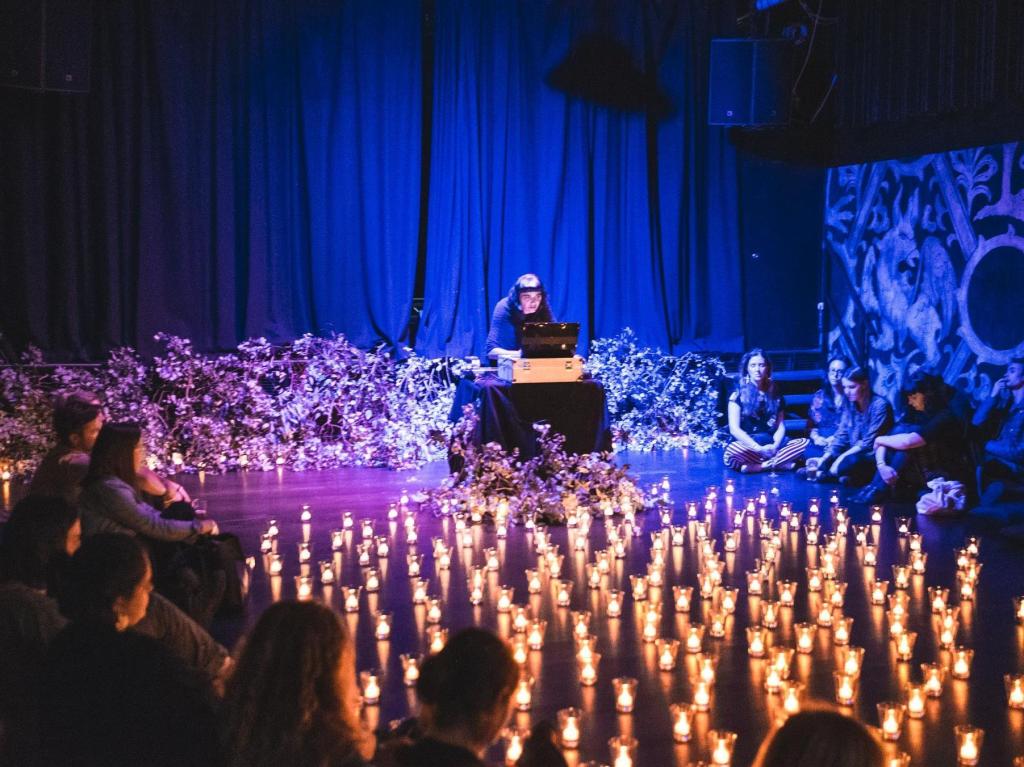 In the back rooms, front rooms and band rooms of the reborn Espy in St Kilda something special is happening. It’s not a gig or a performance per say. It’s not a workshop or a tour. It’s kind of all of them but not quite. It goes by the name of Swell and it’s difficult to relate just how joyful moving through it can be without giving too much away. Just like flicking through albums at a record shop, the search and discovery is half the fun.

So what is Swell? Its creators describe it as an immersive live-music experience but in it there is the offer of personal journey into all the little details that make up music-highs. The Espy show is its forth site-specific iteration. Each of the previous shows at The Carlton Club, abandoned Royal Women’s Hospital and Fort Nepean were tailored to and evoking of the spirit of the spaces they inhabited. The Espy poses a unique challenge. It is intractably attached to its history and infamy but it is also defining a new aspect of itself in this latest chapter. Swell 4.0 deals respectfully with the past without being constrained by it. The six musical experiences and six rooms cross genres and epochs in a way that comforts and challenges.

Those who find interactive or immersive shows intimidating need not worry. All participation is optional and approachable without any pressure of having to perform in front of others. Small groups create an intimacy that make getting involved easy and each experience is meticulously curated to connect with one aspect of the musical experience.

From talking and reminiscing about your favourite musical memories to trying your hand at a new piece of kit. the experiences in Swell make you feel part of the scene, not just a spectator. You feel like you’re meant to be there, the way you feel when you’ve dwelled amongst a musical community for long enough to lose your self-consciousness. They’re small experiences but each seems to hit a core musical memory like that time you saw your favourite band in a tiny venue when they were just starting out or getting lost in a dark room to a track you’ll never forget.

Each room felt like falling into a vivid dream and then suddenly out of it, to bumble through a crowded buzzing bar that doesn’t feel real. All you want to do is go back to those perfect musical moments.

But you can’t, and in that Swell speaks perfectly to the space. It draws on the plethora of memories stored in the Espy’s foundations and offers a new and enticing image of what’s to come.