Seventy years after its first Broadway opening, Arthur Miller’s timeless tragedy returns to Brisbane in a respectful production.
Michael Balfour
[This is archived content and may not display in the originally intended format.] 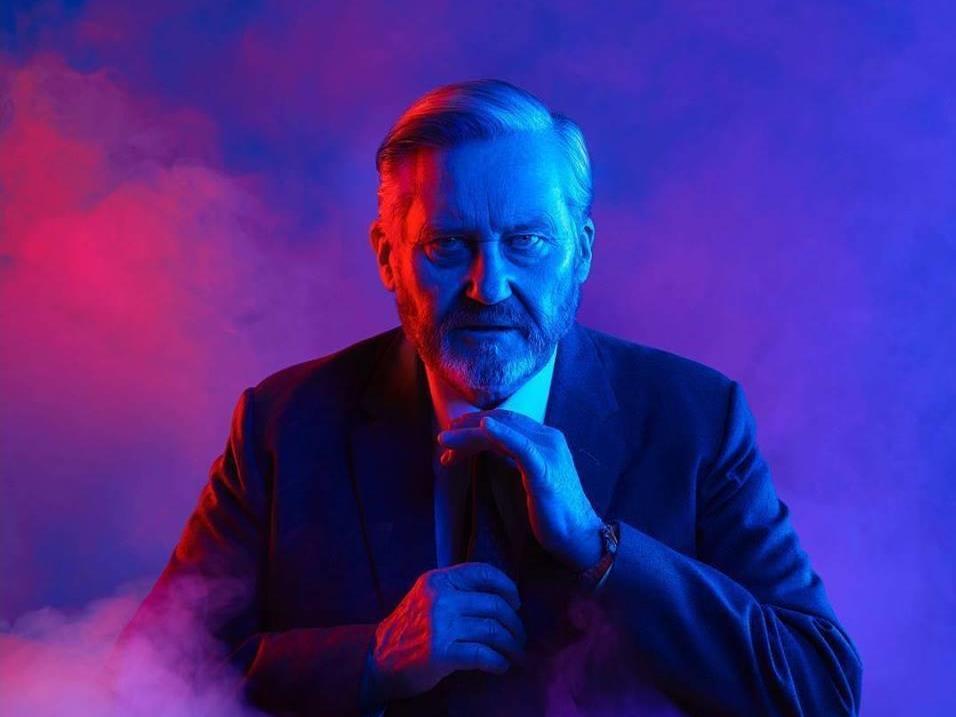 Queensland Theatre’s Death of a Salesman. Photo via queenslandtheatre.com.au.

Death of a Salesman is justifiably regarded as a modern classic of the Twentieth Century. The play won multiple awards when it opened, including a Tony Award for Best Play and a Pulitzer prize for its playwright, Arthur Miller. The play profiles the final twenty-four hours in the life of archetypal travelling salesman, Willy Loman (Peter Kowitz), who, after years on the road, is ‘exhausted’ and yet unable to break free of the dream of being a somebody. When his sons, Happy (Jackson McGovern) and Biff (Thomas Larkin) come home for a visit, family wounds and conflicts are re-open, and Loman is forced to face his failure as an employee, father and husband. Unable to deal with the realities of the present, he escapes into dreamy reminiscences of an idealised past, and a romanticised future.

Staging a classic comes with all kinds of dangers. Re-boot it and you risk losing the essence of the play, stay too faithful and it can feel ossified like a museum exhibit. Jason Klarwein’s respectful production wisely lets the craftsmanship of the writing do the work. The production surfaces the layers of complexity and shifting sands of regret, family silences and simmering tragedy of stunted relationships. The father-son dynamic between Loman and Biff that sits at the heart of the play, is deftly handled by Kowitz and Larkin. Larkin is particularly impressive in a well-paced and nuanced performance as Biff, capturing the contradictions and slow burn of the character’s internal conflicts.

It’s not a faultless production, however. The opening scene is strangely lacking in the brooding oppression and sense of suffocation suggested in the original stage notes. The set lacks the infringing tower blocks that have grown up around the Loman’s small weatherboard house. The initial scenes between Willy and his wife Linda (Angie Milliken) where Willy’s confusion and disillusion clashes with Linda’s ‘iron repression’ and joviality, are muted. We never quite feel the underlying reality of their relationship, and so when Willy ultimately takes his own life, and Linda asks “Why did you do it, Willy?” we are left oddly unmoved.

Kowitz’s performance as Willy grows in strength in the later scenes, when he confronts his younger boss, his sons and ultimately his own limitations. Milliken captures the torn loyalties between her role as a mother and as a wife well. This is especially true in the scenes where she confronts the boys about their lack of compassion for their father, and when she lets her veil of feigned optimism slip to reveal her fears about Willy’s mental health.

It’s hard to think of any play written in the 1940s that could still command our attention with such piercing authority as Death of a Salesman. Miller (in The Ride Down Mt. Morgan) reflected that ‘maybe all one can do is hope to end up with the right regrets’. The vulnerability of failure and regret is a timeless theme, and combined with the intricate layers of craftsmanship, and its ambition to experiment with form, Death of A Salesman not only stands the test of time, but as demonstrated in this production, reminds us of our own fragility. Recent productions of this classic play have been rare, however, and this presents all the more reason to value its revival, whether as a firm fan or curious novice.

Rating: 4 stars ★★★★
Death of a Salesman
By Arthur Miller
Directed by Jason Klarwein

Professor Michael Balfour is inaugural Chair in Applied Theatre in School of Humanities, Languages and Social Sciences at Griffith University. He is a theatre researcher and practitioner interested in the social and creative applications of the arts in a range of contexts. He has written widely on applied theatre, with a particular interest in theatre in conflict and peacebuilding, prison theatre, theatre and migration, theatre, mental health and returning military personnel, and most recently, creative ageing and dementia. Michael’s most recent books are Applied Theatre Resettlement: Drama, Refugees and Resilience (Methuen, 2015), Applied Theatre: Understanding Change, (Springer, in press) and Performing Arts in Prisons (Intellect, in press). He is Co-Series Editor of Bloomsbury Methuen Applied Theatre book series, and Applied Theatre Research and the Journal of Arts and Communities.  He is a member of several leadership bodies, including the Council of Humanities and Social Sciences, Australasian Association of Theatre, Drama and Performance Studies, and Arts and Health Leadership.