From same-sex families and single parents to multiculturalism, here are eight books for young children that showcase a diverse Australia.
Sarah Mokrzycki
[This is archived content and may not display in the originally intended format.] 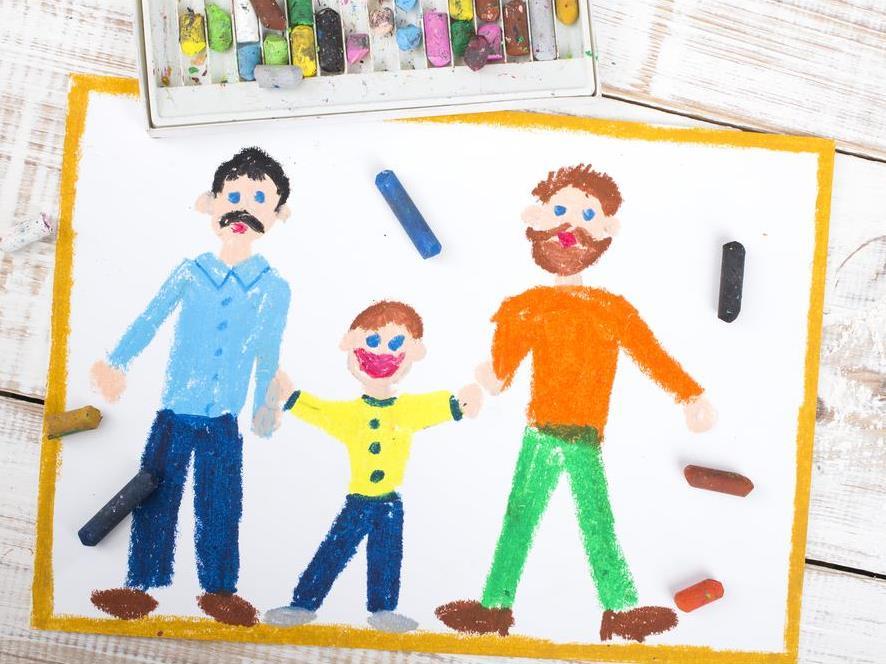 The official label used by the Australian government to define a traditional family (a two parent family with biological or adopted children only) is “intact”: Not damaged or impaired in any way. Complete. Whole. Unbroken.

This is problematic when we think about all the other possible ways to live in a family: blended, step, single parent, foster, or any other family that diverges from we might call the “traditional” family model.

In Australian picture books, family representation has been overwhelmingly traditional; not just “intact”, but specifically white, middle class, with a mum, dad, and a (frequently blonde) male child protagonist. Children from diverse families are rarely represented.

But this may be changing. The following are eight recently published Australian picture books that break the mould and celebrate family diversity, showing that all families – whatever shape they take – are intact.

This vibrantly colourful book showcases families in many forms, including same-sex and single parents, with character skin tones varying on every page. Although families are at the centre of this book, diverse family representation is explored through the illustrations, not the text. Instead, the story focuses on the one thing that truly makes a family – love.

This book tells the story of three siblings and their patchwork bike – a bike that they have made themselves out of scrap. The reader is introduced to the child protagonist’s village with “mud-for-walls” houses, and their mother, who wears a hijab. Not only does this book showcase a single parent family of colour, but it also shows a very different lifestyle and landscape to what many Australian children would be familiar with.

I’m Australian Too by Mem Fox and Ronojoy Ghosh (2017)

This book focuses on the multiculturalism of Australia. It showcases families from different cultures and backgrounds (including several families that have fled war torn countries, and one young girl living in a refugee camp). The story acknowledges and embraces our differences while highlighting that we are all connected – and all Australian – regardless of where we come from.

Brett Avison’s Bigger Digger is the first of four books featuring a young boy called Bryn and his dog Oscar. In this story, Bryn and Oscar make an exciting discovery when digging in the backyard, and need bigger and bigger diggers to uncover what they have found. Each of Avison’s Bryn and Oscar books is set on “Mum and Ted’s farm”. The use of Mum and Ted as titles for the adult characters is a simple but effective way of introducing the concept of step families.

This book showcases one particular family – with half, whole and step siblings as well as different parental relationships (a father and stepmother, and a mother and her partner). A common issue with diverse family representation is that it often comes in the form of “issue books” – books that are issue driven rather than story driven. It is often difficult to explain a topic or issue without sacrificing story, but Family Forest manages to explain blended families in a fun and engaging way.

My Two Blankets by Irena Kobald and Freya Blackwood (2014)

This book tells the story of a young girl who leaves her war torn country and settles in Australia. Raised by her auntie, the book showcases family diversity in both formation and culture. The story examines the character’s feelings of loneliness and isolation in a country where everything is “strange”, including the language, which she doesn’t understand. To cope, she metaphorically wraps herself in a blanket of things that are familiar. After befriending a white Australian girl, she starts to make herself a new blanket with her newfound sense of belonging.

This book tells the story of a young Aboriginal girl who is lost, but finds her way home to her people’s camp with the guidance of mother nature. Instead of having a mum and a dad, or one biological family, the story refers to the girl’s mothers, aunties, grandmothers, fathers, uncles and grandfathers. This book is unique in that it showcases a family type very rarely explored – traditional Aboriginal kinship groups.

One Photo by Ross Watkins and Liz Anelli (2016)

In this book, a father with early onset Alzheimer’s buys himself a camera and starts snapping pictures of the things that he wants to remember. This confuses and upsets his wife and son (who is telling the story), as he hasn’t taken a single photo of them. Eventually, the father passes away and leaves one photo behind – a photo of him with his wife and son – and they realise that he wasn’t taking photos of things he wanted to remember, but things he wanted them to remember about him. One photo examines both the illness and death of a parent in a touching and age-appropriate way.

I am currently completing a creative writing & visual arts PhD examining family diversity in children's literature. In 2016 I completed my masters degree in publishing and editing, including a 20,000 word thesis on the representation of foster care in children's books. In 2018 I presented my PhD research at the Australasian Association of Writing Programs (AAWP) conference in Perth, Western Australia. I also competed in the Visualise Your Thesis and 3MT competitions at Victoria University, winning second place in Visualise, first place in 3MT, and People's Choice for both. I then went on to represent Victoria University at the 2018 3MT Asia-Pacific finals at the University of Queensland, placing in the top ten. I am a passionate advocate of children at risk. My husband and I are foster carers, and have provided emergency care, short term care and respite care to a dozen children over the past five years. We are currently an unconventional family of five with three non-bio children and one very patient dog.