Review: Our Life in the Forest by Marie Darrieussecq

A Dark dystopian tale of a cloned population is a warning for us all.
Liza Dezfouli
[This is archived content and may not display in the originally intended format.] 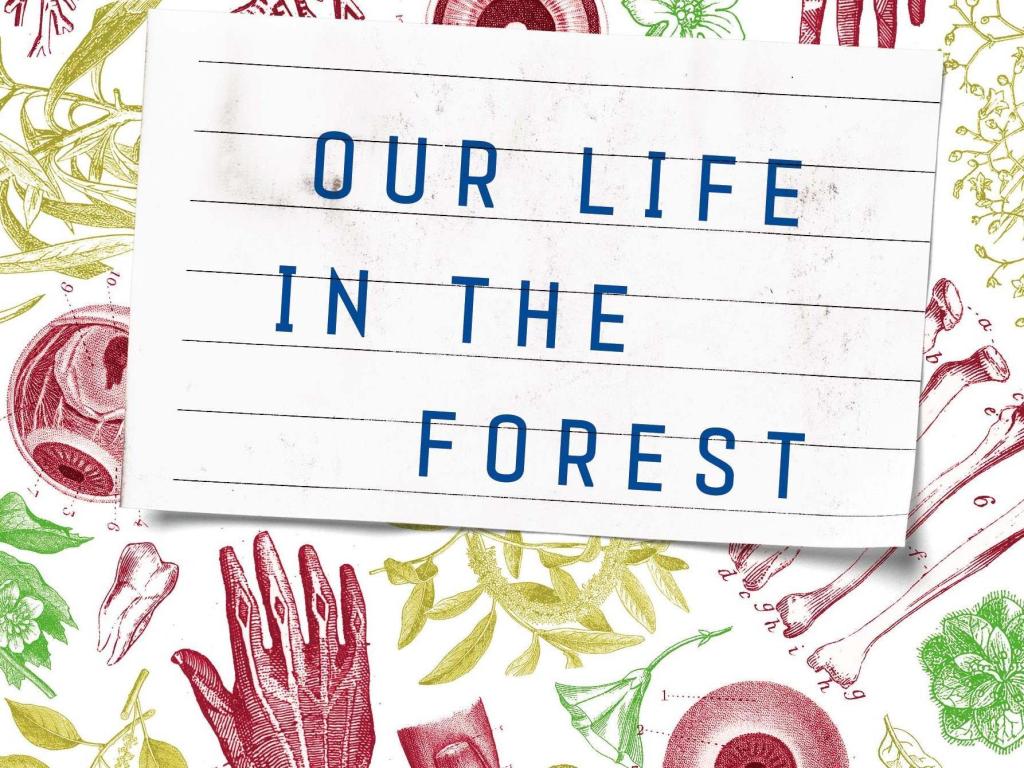 Our Life in the Forest by Marie Darrieussecq.

Marie Darrieussecq is one of France’s most prolific, lauded and original voices. Her novel Men was awarded both the Prix Médicis and the Prix de Prix in 2013.

Her new novel, Our Life in the Forest, gives us a world where everybody is permanently plugged in to the web, with implanted devices coding individual identity, key passes for doors, financial transactions and so on. The powers that be listen in to psychology sessions. Appointments and treatments are yet another form of control and surveillance on the part of the authorities. AI robots are indistinguishable from people and are ever present, listening out for keywords. The internet is used to track everybody at all times. Personal privacy is a thing of the past.

Our Life in the Forest tells the story of an unnamed practicing psychologist who has difficulty breathing and is constantly thirsty. However, she, along with some of the more privileged citizens of this dystopian world have cloned bodies, known as halves, whose organs can be harvested when needed. Less fortunate people have ‘jars’, a set of lungs and a spare heart. Although the population are assigned apartments and jobs, and most menial labour is carried out by robots, society is carefully managed to keep the population ignorant of the true nature of the cloning. Our psychologist insists on visiting her sleeping half, forms a connection with her and begins to wonder about the clone’s identity. Are they the same?

When a client presents for psychological counselling and refuses to speak, our narrator is made aware slowly that the nanny state in which they live is very far from benign. Her client’s silence leads her to challenge the system by ‘logging out’ and fleeing to a primitive existence in the wild. But what about the clones? And why is she still so unwell?

This book will remind you of Black Mirror and Never Let me Go. Our Life in the Forest is one of those books you want to read again straight away. This book is pleasingly challenging and a darned good read, full of sinister surprises. The reader is right there with the narrator, who, while coping with the practicalities of the fugitive life, asks philosophical questions, such as what gives us the right to give animals names. Darrieussecq’s prose style is succinct and muscular, characterized by short sentences and a strong sense of the narrator’s bleakly comic take on life.

It’s frighteningly easy to imagine the scenario presented here. The development of AI is already changing things for all of us in the developed world. Our own phones and PC cameras spy on us, the latter tracking our responses to reading advertisements while we surf the net. Surveillance equipment can be built into seemingly innocuous devices such as phone chargers and lighters, and people are already having passcodes and security devices implanted in their bodies. While we talk about the superficiality or otherwise of RUOK Day and whether it’s safe to admit to emotional or mental frailty in one’s workplace, the treatment of mental health issues as played out in this novel suggests a scary and feasible future.

Our Life in the Forest

Published in Australia by text publishing