Inspired, hate-filled, shocking, yet necessary hilarity from Mary Leunig.
Liza Dezfouli
[This is archived content and may not display in the originally intended format.] 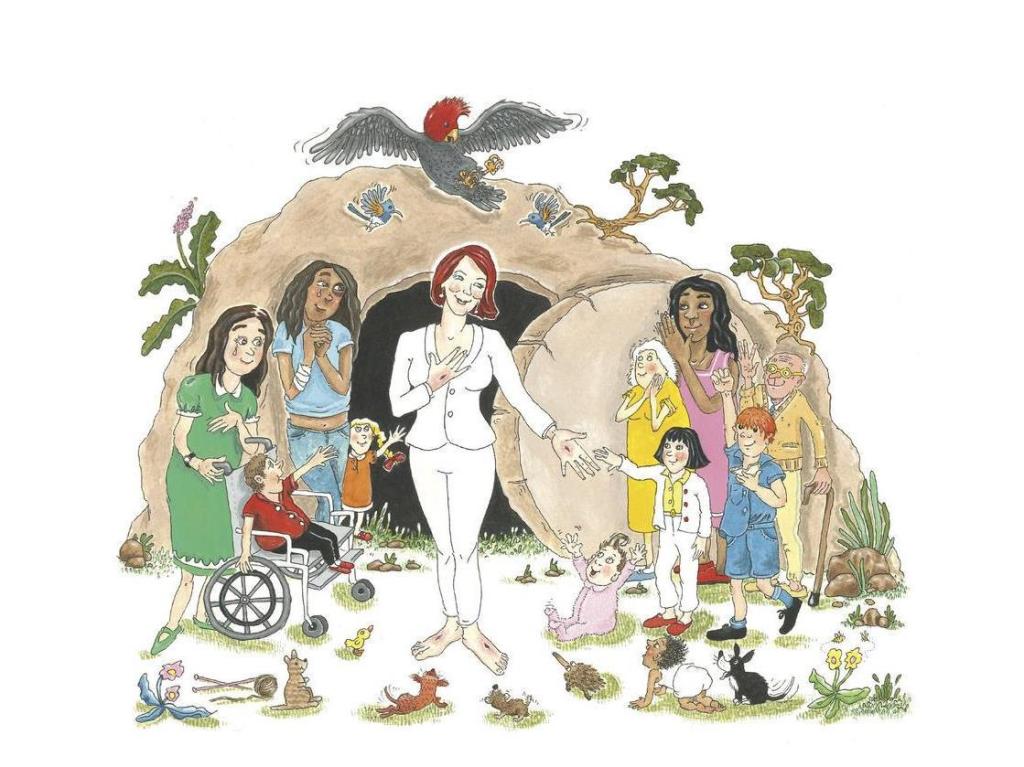 Glad I’m not related to Mary Leunig. Everyone not a close relative should be grateful they’re not related to her. I love the fact that she goes to such extremes, and it’s gaspingly funny, but One Good Turn is a nasty book. ‘Lacerating and unhinged’ is the accurate description from Anna Krein of the first book of Mary Leunig’s illustrations to be published in 25 years. Mary Leunig’s cartoons are drawn in pen and ink and watercolour, bright and cheery like children’s book illustrations but the content … Wow.

Mary Leunig lashes out at her ‘celebrity brother’ in an image picturing herself shooting him in the arse. His guts spill out in the form of dollar signs. Bloody hell. Taking a shot (and an imaginary shot) at the beloved cartoonist of ‘Australia’s Heart and Gentle Soul’ makes you wonder about sour grapes on her part over his success, except that she herself is so resolutely anti-capitalism and anti-materialistic.

The cartoons comprise an assault on convention, on the smug bourgeois and aspirational in all forms, but, er, particularly in the form of her son who she blasts in a letter as well as in image. The letter is too funny, in fact it’s one of the most gut-turningly hilarious rants you’ll read, ever. But hey, there are people on the receiving end of this, receiving it in public from their own mum … I can imagine hating my kids’ life choices if they went into real estate development too, but not hating them. In another image she depicts her son and daughter as fascists. She describes them in words as fascists, in case anyone misses the message. 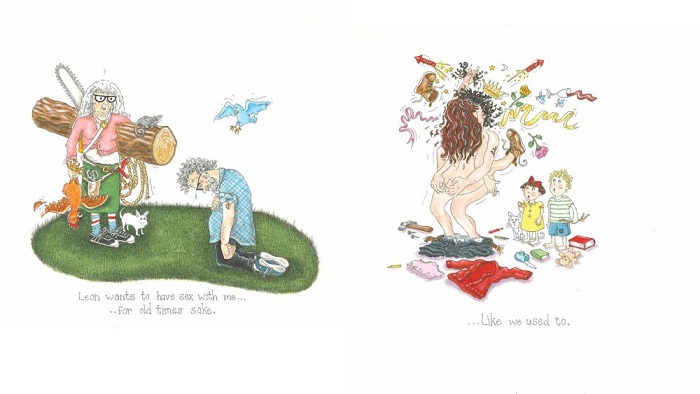 Family aside (and it mostly is about family) the cartoons are eloquent comments on female oppression, with incredible wit in their concept, execution and commentary. They’re brilliant. The Men’s Shed image is a memorable take on the men’s movement, an example of textured observation. How’s the detail!?! Julia Gillard as a Christ figure surrounded by adoring women whose well-being was compromised by some of her policies. An indigenous woman let down by white Australian  feminism …

The cuteness of Mary Leunig’s drawing style contrasts vividly with the messages in her images. Kangas and kookaburras, cats, dogs and teacups are pictured adorably alongside pictures of men dismembered, and one of herself herself crouching, cowed, in a pile of shit and piss. There’s a picture of a woman cleaning in a church, the mop-head is her head and she’s wringing out blood. Just. Genius.

We need people to screech like crows about the hypocrisy underpinning capitalism, about the effects of the entrenched and insidious nature of patriarchy, and about the lies we tell to protect ourselves from the god-awful truth of polite society, especially when it comes to women’s lives, we really do.

Mary Leunig should be as famous as her brother, although you can’t imagine she’d like that ‘Culcha’.