Boisterous rollicking entertainment.
Judith Greenaway
[This is archived content and may not display in the originally intended format.] 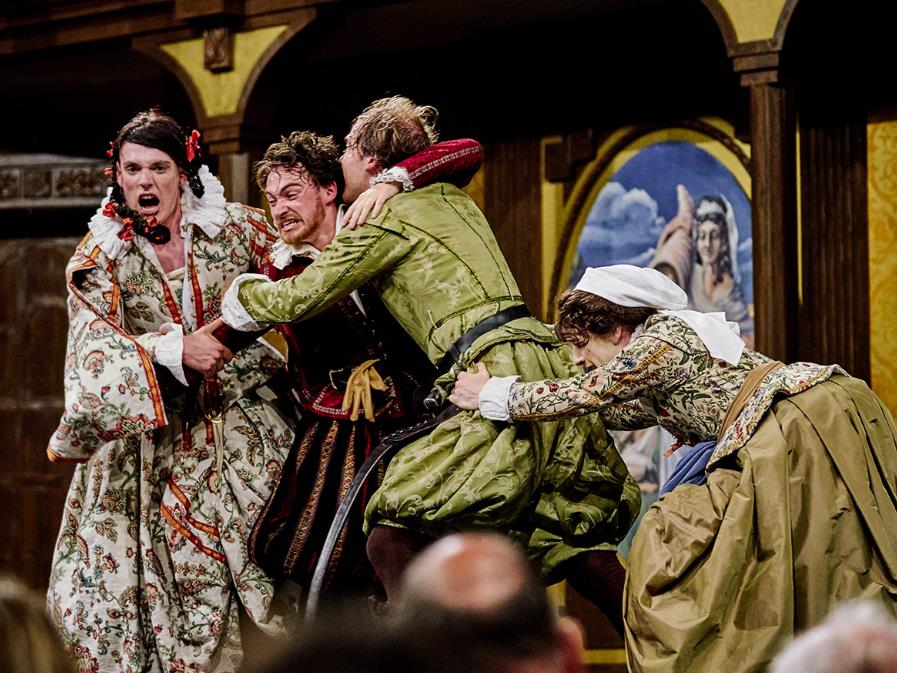 This is The Dream to fill the heart with fun and the stomach with laughter. As people tumbled out of the Pop Up Globe there was a telling range of ways to describe the experience. From Millennials with ‘OMG! That was fantastic’ to elder citizens with ‘We have to bring …’.  It is a production to delight and to share, in a space that inspires engagement and communality.

The Pop Up Globe has not really popped up, instead, it has been crafted with skilled hands to stand in The Entertainment Quarter and there to present 4 Shakespearian plays in repertory. A faithful reproduction of the original, this venue has everything one wants in an experience of watching the Bard today. With a range of seating options, one can choose to be very close to the action as a groundling and for this Dream that is very close indeed. Not just to the Mortals who travel to and from the stage through the crowd, nor the Mechanicals who whip up crowd responses but to the supernatural.

For, it is the Fairies here who make the biggest impact in the show. Both for those who know the play well and for those who might have come across it at school and promptly forgot. Sprung from the New Zealand roots of the Pop Up Globe, this Puck and Oberon and Titania are very foreign beings. Director Dr Miles Gregory has put the ill met by moonlight king and queen in a rarefied space by having them speak in te reo Maori and when Puck looks to the open sky to invoke the shadows he chills in a tongue which strikes the ear brusquely. It’s very affecting. 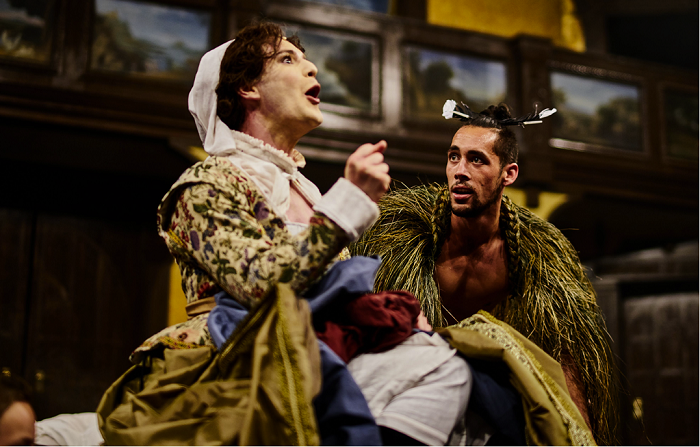 As is the fractured text irreverently interpreted. Rarely rhythmic or poetic, the production is designed for understanding. If there’s a joke in a line, crack the phrase open and let it loose. Playfully hilarious, the Mechanicals are tradies. Snug the Scaffolder! Bottom is surprisingly sexual and if the implied orgasm of the forest beings is lost when the Mechanicals stand in for Cobweb and Peaseblossom, something is gained in opening masque which reeks of druidic shamanism in the deer horn poles. Mysticism enough there may be, but the finale of this Dream is modern down to its krumping core.

All will be well for the Lovers and the Royals but getting to the wedded bliss is a highly physical affair for this all male company. With such a wide stage, the possibility for low and little physicality is explored to the extreme with the lovers’ fight being a breathtaking display of action with heart stopping falls and spills. And the dance that presages the final bows has haka mixed with popping and boogaloo for a thrilling end to the story of the Dream.

A Midsummer Night’s Dream from Buckingham’s Company is theatre to thrill to and to share with those near you. To tumble into the night with 413 years as no distance between us and our forebears is a pure delight for the tummy and the heart.