There is already a shortage of creative spaces outside the city centre, and inner city artists’ movement to the suburbs is only making the problem worse.
Alexandra Wong, David Rowe & Teresa Swist
[This is archived content and may not display in the originally intended format.] 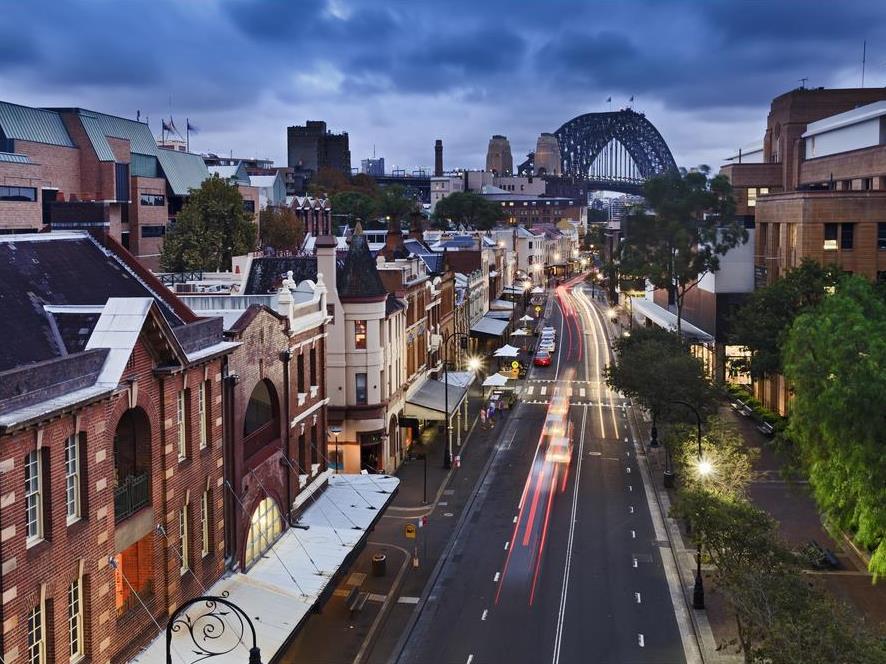 Sydney artists and cultural practitioners face growing barriers to working in or close to the city, according to our new research. This is because of a shortage of creative spaces, due to the disappearance of industrial buildings, and rising rents and property prices.

These developments affect not only individual artists, but also broader creative clusters that need to be sustained by local networks and communities of artists and residents.

The cost of living, according to Samuel Hodge from creative space Clothing Store, has led to the exodus of a whole stratum of city dweller:

Like the city itself, everyone I know is being forced out. So that’s one thing: people can’t afford to live, especially the artists, and anyone else who doesn’t earn enough money.

We interviewed artists and cultural practitioners from 18 venues and spaces across the City of Sydney. Most were from Redfern Village (including a creative company and a commercial gallery), and Green Square Village (including a non-profit gallery and a music studio). We also looked at a TV production company in Millers Point, as well as a pottery studio in Botany.

Artists and other creatives often use former industrial buildings and small warehouses. These are usually cheap, close to the city, and operate as creative hubs. However, many are being turned into expensive, often high-rise, residential apartments. The total area of industrial space decreased by 65% in Redfern between 2007 and 2012, and by 39% in Green Square.

Artists are also often compelled to accept short and restrictive leases on places to work and live. Some told us that they were given a lease lasting just a few months because the properties were subject to development or demolition clauses. The result is a great deal of insecurity, making it difficult to plan their work schedules.

Matt Branagan from Work-Shop told us: “We were in George Street … We got kicked out of there because that was going to get turned into a gym – so we were only on a short-term lease”.

We also found that where spaces were available for creative work, they were more likely to be in digitally-oriented and commercial disciplines like architecture and design. The messier, more collectivist forms of experimental and industrial art are finding the inner city far less welcoming than in more bohemian times.

Dwelling values have increased 70% over the past five years in Sydney. This is a major concern for artists, who usually earn only a modest income and cannot afford high rents. Australia-wide, the average income of professional artists in 2015 was $48,400 (including non-artistic sources of income). Taking the significant costs of making art into account, the economics of creativity are clearly unsustainable.

Many artists are leaving inner city neighbourhoods as a result. As Hugh Ramage, operator of Duckrabbit said, “You know people, they can’t afford to buy or even rent anymore, so lots have moved to Blue Mountains or beyond”.

Non-commercial or not-for-profit cultural operations, especially those supporting emerging artists or non-mainstream cultural forms, are closing. For example, well-known creative spaces in the city, such as Lanfranchi’s and Serial Space, ceased operating because the buildings they occupied were sold.

As Pia van Gelder, former operator of both venues said, “If you can’t sell the work, if you’re not making it for a commercial show … you can’t sustain yourself”.

There is a common assumption that Sydney artists can easily relocate to other parts of the metropolitan region, especially to Western Sydney. This is something of a misconception. There is already a shortage of creative spaces outside the centre, demand is rising from local artists, and inner city artists’ movement to the suburbs is only making the problem worse.

We think it’s time for governments and other interested parties to step in. We propose a “place keeping” approach to planning cultural venues and infrastructure that embeds key principles of inclusion and care. Partnerships across different sectors in the metropolitan Sydney region would help fill the policy gaps.

The City of Sydney has already developed an action plan for its goals in the cultural sector. These include investigating cooperative housing and working with businesses to create more artist workspace.

We also encourage the formation of new non-government bodies like the UK’s SPACE, which operates artist studios in London. Likewise, there’s a role here for major cultural institutions, universities, and even property developers to provide more creative space for artists. These multi-layered initiatives are essential for dynamic creative clusters to thrive, not just struggle to survive.

If we don’t help our artists find good working environments, the culture of our cities will fall victim to the voracious demand for privately profitable real estate.

Alexandra Wong is an Engaged Research Fellow at the Institute for Culture and Society. She has completed three projects during her time with the ICS, including an ARC Linkage Project 'Sydney's Chinatown in the Asian Century' with Professors Ien Ang, Donald McNeill and Kay Anderson (2012-2015), a survey with Dr Dallas Rogers and Dr Jacqueline Nelson (UTS) on 'Public Perception of Foreign Housing Investment in Sydney' (2015-2016), and a consultancy project 'Mapping Cultural Venues and Infrastructure in the City of Sydney LGA' with Professors Ien Ang, David Rowe and other ICS researchers for the City of Sydney (2016). She is currently working on an ARC Discovery Project researching the Australia-China heritage corridor (2017-2019) and a consultancy project commissioned by the City of Sydney (2017). Alexandra is experienced in project management and using different qualitative and quantitative methods in her research, including interviews, participant observations, focus groups, survey questionnaires and statistical analysis. Her doctoral thesis 'Cluster Building by Policy Design' used the sociotechnical constituency approach to examine the building processes of the ICT clusters in Scotland and Hong Kong. Her research explores the interplay of innovation/creativity, culture and urban theories which covers a wide range of topics such as cultural economy, knowledge cities, migration, housing, multiculturalism, innovation and entrepreneurship. Alexandra previously worked in the financial sector and was involved in the administration of two academic journals (Geographical Research and Edinburgh Review, a Scottish Literary Journal). David Rowe is Emeritus Professor of Cultural Research in the Institute for Culture and Society at Western Sydney University, Australia, and Honorary Professor in the Faculty of Humanities and Social Sciences, University of Bath, UK. He was Director of the Institute’s earlier incarnation, the Centre for Cultural Research, between 2006 and 2009. Previously, he was Professor of Media and Cultural Studies and Director of the Cultural Institutions and Practices Research Centre at The University of Newcastle, Australia. His principal research interests revolve around contemporary media and popular culture, including tabloidisation, practices of journalism, media political economy, cultural policy, popular music, academic public communication, urban leisure, and, especially, media sport and culture. His latest books are: Global Media Sport: Flows, Forms and Futures (Bloomsbury Academic, 2011); Sport Beyond Television: The Internet, Digital Media and the Rise of Networked Media Sport (authored with Brett Hutchins, Routledge, 2012); Digital Media Sport: Technology, Power and Culture in the Network Society (edited with Brett Hutchins, Routledge, 2013), and Sport, Public Broadcasting, and Cultural Citizenship: Signal Lost? (edited with Jay Scherer, Routledge 2014). He is a member of several professional academic associations: British Sociological Association, The Australian Sociological Association, Australian and New Zealand Association for Leisure Studies, Cultural Studies Association of Australasia, International Association for Media and Communication Research, and International Sociology of Sport Association. He is also a Fellow of the Australian Academy of the Humanities and of the Academy of the Social Sciences in Australia.     Teresa Swist is a Postdoctoral Research Fellow at the Institute for Culture and Society. She is part of the Young and Well Cooperative Research Centre's Safe and Well Online project (researching social communications in the promotion of young people's safety and wellbeing). Teresa's doctoral thesis 'Becoming a creative practitioner in a complex society: Fostering a capability approach in higher education pedagogy' explored student, academic and professional perspectives of creativity from a social-ecological perspective. Her research interests span the interplay of knowledge, cultural and creative practices and unfolding discursive-material relations. Teresa has a background in secondary school teaching and management, as well as higher education professional development.