The ongoing impact of gentrification on artist run spaces

Gentrification is an ongoing issue for small arts organisations, but in the ARI space, it is particularly felt and in many cases leads to organisational change.
Brooke Boland
[This is archived content and may not display in the originally intended format.] 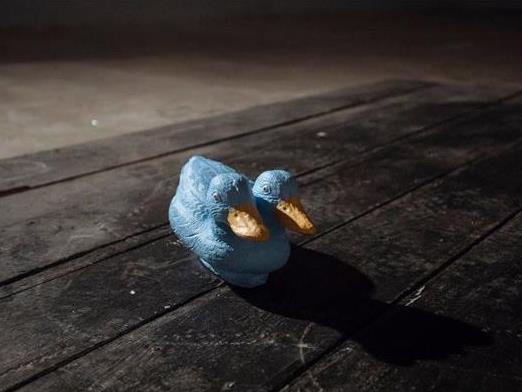 ‘It’s hard to talk about the immediate moment. We are going back years to when we’ve already had this discussion around artist run spaces,’ said Channon Goodwin, Director of Bus Projects and convener of All Conference, a  network of 15 artist-led, experimental and cross-disciplinary arts Australian organisations.

But the discussion around gentrification and how this issue impacts artist run spaces is still an important one. Especially ‘given that the sites in themselves – these physical architectures – are really important,’ Goodwin added.

In the wake of gentrification – impacting urban centres and inner city suburbs in a familiar scenario where Footscray becomes the next Brunswick, and Sunshine the next Footscray – the already precarious situation of artist run initiatives (ARIs) becomes further destabilised with rent increases and the inevitable crawl of development that makes affordable space scarce. These issues, as Goodwin said, are exacerbated by ‘precarious labour conditions and low average income of individual artists’. How can artists compete for space in this commercial market?

‘This environment has not stopped artists collectivising and collaborating to create and sustain ARI’s,’ said Goodwin.

In response, many of these small organisations adapt, demonstrating their resilience and flexibility to evolve with these changes.

Take, for example, SEVENTH Gallery. Located on the popular Gertrude Street in Fitzroy, Melbourne, the artist run initiative has announced a restructure that involves a new partnership with textile label Variety Hour Studio, which will take up residence in the downstairs space formerly known as Gallery One.

Chantelle Mitchell, Gallery Manager, explained that the decision was a strategic one to offset the cost of rising rents on Gertrude Street, while also generating more opportunities within the organisation.

‘The restructure was a big decision for SEVENTH, but we are very excited about all the opportunities it has enabled,’ Mitchell told ArtsHub.

‘While we are temporarily closing Gallery One, we are thrilled to have the capacity to lower gallery fees by 30%. We’ll be channeling some funding toward new initiatives, including those lead by our new Inclusion Liaison, Hanann Al Daqqa, who will be working on access initiatives and partnerships with local community organisations,’ she said.

As artist-run initiatives are largely funded by artists themselves, the restructure means rising operational costs won’t be passed on.

‘SEVENTH Gallery feels strongly that raising artist fees in response to rent increases is not a desirable or sustainable solution. We’d much rather focus on ways in which we can remain sustainable while developing new strategies for making exhibiting at SEVENTH inclusive and accessible,’ explained Mitchell.

This particular gallery isn’t alone in making these tough decisions. Many other ARI’s have similarly revisited their organisational and funding structure to make changes. Over at c3 Contemporary Art Space, director Jon Butt said the decision to establish the ARI at the Abbotsford Convent was a ‘clear strategic shift away from the sway of market forces.’

‘After six years as Director of SEVENTH, I really wanted to develop a ARI model that could work at a sustainable pace, financially and curatorially, with an eye on long term strategic planning. The great privilege of working for the Convent is that they are fully supportive of the ARI ethos and actively support risk, experimentation and the professional development of arts practice. It’s still tough work, however it’s a very practical utopia and one that we can actively grow into a hybrid way of imagining an ARI,’ he told ArtsHub.

If we look further North towards Queensland, the evolution of ARI’s is quite different, but also responsive to the kinds of spaces available. In Queensland, Goodwin said, there is a dynamic culture of ‘very ephemeral house space activity happening’.

‘People end up doing things in their houses, underneath their house, in these very unconventional art environments in the absence of heritage warehouses or buildings.

‘In Queensland they didn’t retain a lot of their heritage structures, which meant there is little place for arts organisations to sneak in and occupy buildings that would otherwise not be suitable for commercial endeavor,’ Goodwin explained.

In comparison to Melbourne, the circumstances are quite different. ‘They find ways here. That seems to be, with my outsider hat on, a combination of there being buildings, whereas in Queensland there was a rabid process of knocking down their architecture which still provides a lot of the homes for arts organisations here in Melbourne.’

The issue is tied to space. ‘That’s what it comes back to … this pressure where land, property, leases, become very rare, and if you do get them, then they are often under pressure for development which our old space [Bus Projects] was,’ said Goodwin.

‘We were kicked out of our spaces for development purposes [in 2010] and that forced us to move and rethink.’

Bus Projects relocated to its current Collingwood address in 2012.

‘The creativity with which we approached that change and the creativity with which we were able to stay true to our artist-led and artist-run roots, remained true throughout that. And I think in a similar way, what is probably leading others in the scene as they face change, is to be able to understand where we come from as organisations, how our roots are within this artist collectivising model, where they can create moments for agency through that collectivising. They can secure a space, they can have shows. They don’t need anyone’s permission to do so.

‘And they can run it for many years if it’s useful. If artists benefit, then these things can continue and become places where we can collect artists’ history, be places artists can trust and use safely to test ideas and experiment,’ said Goodwin.

How councils can help the ARI landscape

City Councils have responded to the issue with specific grants programs that seek to create affordable creative spaces in city-owned buildings. ‘We’re acutely aware of the impact of rent on small arts organisations, artist run initiatives, artists and creative workers,’ a spokesperson for City of Sydney told ArtsHub.

‘We invest $35.6 million in supporting the city’s cultural and creative life every year, it’s one of the 10 strategic directions in our long term plan Sustainable Sydney 2030.’

Artist run organisations including Firstdraft, Alaska, and 107 Projects are supported in part through City of Sydney’s creative spaces program.

In Melbourne, some ARIs have similarly found support through multi-year funding. Bus Projects for example, has three year funding through Creative Victoria, which provides the means to pay staff, and also the City of Yarra, which allowed for the appointment of the organisation’s Curator of Public Programs. ‘We do this to try to stabilise the organisation in some way,’ said Goodwin.

As the issue of affordable housing reaches new heights in Australia, with even Hobart tipped as the most unaffordable city for tenants, things seem to be getting worse for many of our cities.

Butt said ‘these issues are definitely playing out across Australia as we speak and have been for some length of time. It’s nothing new, however the situation seems to be intensifying.

‘Many ARI’s are faced with dire situations at present and I think we will see some attrition unfortunately. In a positive sense it means that new models are emerging. Site-less projects, galleries that utilise marginal spaces and online platforms are some examples,’ he said.

‘The issue with this is that local governments can feel less imperative to support ARI’s if they keep adapting on their own; and this can lead to a dissipating scene. ARI spaces are where almost all Australian contemporary artists get their start and are vital to our national culture.’