Exhilarating circus arts executed with passion, joy, skill and flair.
Richard Watts
[This is archived content and may not display in the originally intended format.] 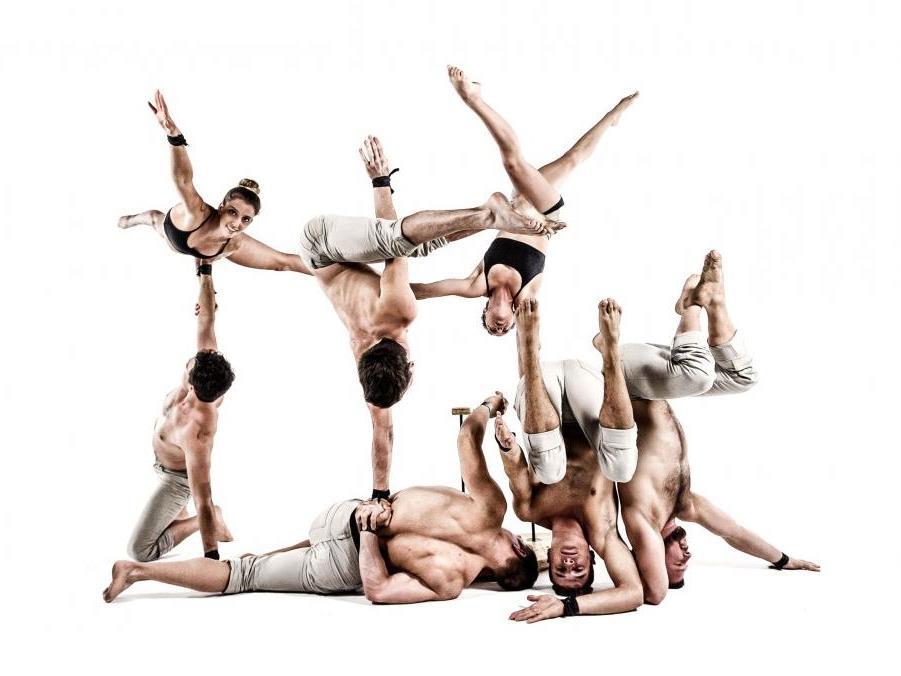 Opening with a trust exercise that playfully builds to dramatic heights, A Simple Space premiered in 2013. It still feels as fresh as the day it was first staged.

Following its raw debut at the Tasmanian Circus Festival and a subsequent, more refined season at Adelaide Fringe that same year, A Simple Space has been in high demand on the touring circuit, ensuring regular festival appearances for Adelaide’s Gravity and Other Myths, nationally and internationally.

While lacking the high-art aesthetics of that recent production, A Simple Space is no less beautiful and arguably, slightly more delightful: it’s a playful, exuberant, joyous and highly skilled production, simultaneously rich and austere.

Production standards are minimal. A single musician, Elliot Zoerner, accompanies the seven circus performers (Martin Schreiber, Lachlan Binns, Jacob Randell, Jascha Boyce, Lachlan Harper, Mieke Lizotte, Jackson Manson) from the side of stage. Occasionally he joins them onstage for a game of strip-skipping (cheeky but family friendly, despite featuring nudity) or wince-inducing body percussion. The other performers operate the lighting and add to the sound design between breathtaking acrobatics with their theatrically-heightened gasps for breath during short-lived breaks.

Several members of the company have known each other since adolescence, having trained together at Adelaide’s Cirkidz prior to forming Gravity and Other Myths in 2009. The trust, rapport and mutual respect they have developed over subsequent years are evident throughout the performance, even when leaping atop one another’s backs, competing to see who can hold their breath the longest, or performing startling acts of strength and agility. At all times, whether performing dramatic acro-balance routines that are both beautiful and physically punishing or teasing one another and the audience, the company impress with their ability, humour and total commitment.

Frustratingly, the final minutes of the show fall back on an increasingly tiresome circus trope, in which the company’s female members are thrown around and manipulated by the men, like objects. That said, the skills displayed throughout the sequence are nothing short of remarkable. Too, the work suffers slightly from being presented in the Fairfax; it was originally designed for the audience to be seated much closer to the performers, surrounding the company on three sides of the small, square stage, though this is not a flaw that will impact on the average audience member unless they have previously seen the production (such as at its Melbourne premiere at Northcote Town Hall in 2014).

These quibbles aside, A Simple Space remains one of the most delightful and exhilarating productions you’ll see from an Australian circus company; perfect school holidays entertainment and sure to inspire a future generation of circus artists everywhere it plays.