The other side – why the Powerhouse should move West

The City of Parramatta has released a Cultural Plan, of which the Powerhouse Museum is central, and is calling for submissions.
Gina Fairley
[This is archived content and may not display in the originally intended format.] 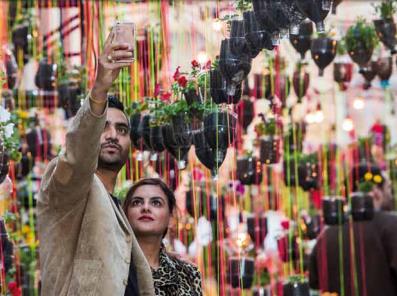 Since the NSW Government announced its intention to move the Powerhouse Museum to Parramatta in February 2015, the proposal has generated furious debate, dominating the NSW Upper House Inquiry into Museum and Galleries and dividing the community.

The move would take the Powerhouse, the central museum of the Museum of Applied Arts and Sciences (MAAS) out of its eponymous site in the inner city suburb of Ultimo and position it in the culturally diverse, but economically disadvantaged, region of Western Sydney.

While proponents see it as a visionary action that spreads cultural resources into an area of need, opponents claim it is a cynical move that ignores heritage for real estate profit. The Museum’s Ultimo site could sell for up to $250 million and it has been speculated that developers could profit $400 million – $700 million from the site. The proposed Parramatta River site for the new museum is estimated at about $150 million.

The cost of the move has also been criticised with Lindsay Sharp, a former Director of the Powerhouse Museum, claiming it could blowout to $2 billion and architects COX Joe Agius saying construction of the new museum would cost $600 to $800 million.

Now the City of Parramatta is fighting back, claiming the cost of the move is nowhere near what is being quoted and the new Powerhouse is central to building cultural vitality in the west. ArtsHub spoke with General Manager of City of Parramatta, Greg Dyer.

‘Using the number $2 billion is scurrilous; it’s right out of the Donald Trump playbook. All I will say about the costs is that it will be nothing like that. This misinformation circulating is based completely on little information.’

The City of Parramatta has released a Cultural Discussion Paper, entitled Culture and Our City, that positions the Powerhouse Museum as the centre of a diverse and cultural plan for the West’s future.

Dyer said: ‘From our perspective this is a transformative game-changing point for Parramatta and essential to creating that great city, the museum is absolutely central.’

It was reiterated by Former NSW Arts Minister Peter Collins: ‘It is unacceptable that all the major art organisations are huddled round the CBD within half hour walk of each other. Two million of Sydney’s population lives in the West. It is completely inequitable and unjust.

‘It is absolutely the right thing to do (to move the Museum), and the elitism of the East can’t continue,’ said Collins.  ‘Let’s do something for the West. They need to let up and let it happen … and jump on a train to Parramatta before they form their view – it is only 30 minutes from the CBD.’

The City of Parramatta is calling for submission in response to its discussion paper.  Dyer warned. ‘We don’t want to confuse the two, that is the business study for the Powerhouse move and this broader cultural plan. We really need people to consider this plan for what it is.’

Submissions close Friday 7 April 2017 and can be made online.

The reworked plan will be released in June 2017. A business study for the move of Powerhouse Museum is still in progress, and has been commissioned by MAAS and the State Government. The City of Parramatta is not involved in that study. 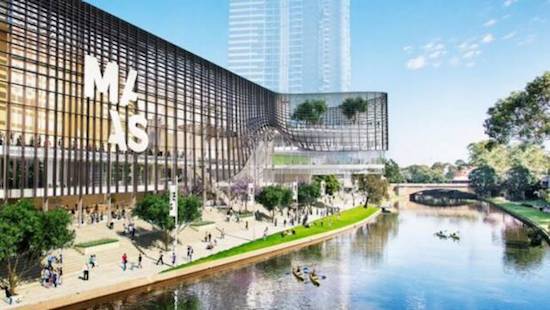 Would the crown topple without its jewel?

Collins said that if MAAS was removed from the Parramatta plan it would have an overwhelming impact.

Dyer agreed: ‘Frankly, it would be completely out of line with the Greater Sydney Commission and State Government – Parramatta is the centre of their global city planning. We have real momentum now; the loss of the museum won’t kill us but it will slow us down.’

‘Who is culture for, what is it about, and who gets to speak and who gets to consume? We need to locate Parramatta in that context of a global city, and start to dissipate those “who” questions, without getting into the us and them conversation,’ she asked.

‘Parramatta has really put a stake in the ground – we want thinkers and changers in the City, and for that cultural spine to move through everything we do,’ she said.

A better museum for a better audience

The Powerhouse Museum has suffered from dwindled public attention over the past decade. At the launch of its 2020 Vision statement (September 2014) it placed the Museum’s market penetration as historically low, with only 9.6% of Sydney residents, 6.9% of NSW residents and 7.4% of the Sydney education market using the Museum. It was a core agenda to raise those numbers, and the Museum told ArtsHub in a statement this week: ‘Over the last four years MAAS has increased onsite visitation to Powerhouse Museum by 67%, a significant outcome for any cultural agency.’

Dyer said the move also offers a moment also for the Museum to reinvent itself – ‘to be better than what it is at the moment’.

‘This is not simply about picking up and moving it; this is about creating a better institution that reflects the world around it. The assumption is that the Museum will change Parramatta, but Parramatta will also change the Museum,’ he said.

‘The children along the Eastern seaboard of Sydney are very well catered for with all the cultural institutions at their doorstep – they take it for granted. They cost hundreds of millions to establish and require very substantial annual budgets and there are none of these in the West,’ said Collins.

The debate has focused on dollars but the City of Parramatta’s cultural paper presents another set of numbers – the demographics.

Nearly a third of the state’s population lives in Sydney’s West and yet only 7% of the NSW Arts Budget is allocated to the area. The region is a growth corridor with a young, diverse population craving cultural activity.

In addition, the cultural plan argues that MAAS will feed into a growing visitor economy.

The weight of MAAS and the Powerhouse would add a major institution, but Collins would also like to see other cultural institutions establishing satellite institutions in Western Sydney. ‘There is no reason that can’t happen in the next ten years.’

While the tabled move the of the Powerhouse Museum is a catalyst for increased opportunities and enhanced arts and culture west, it is not the only element of the plan, and should be viewed in context of, and within, that larger vision and growth.

‘We will do as our community has identified,’ Talbot said.

Director of Parramatta Artists Studios, Sophia Kouyoumdjian states in the plan: ‘A city, like an artist’s studio, is a place of ideas. As Parramatta moves forward, artists will move with it, armed to unpack, contest and honour ideas whilst also equipped to conceive and facilitate new ideas…This is our now and our future.’ 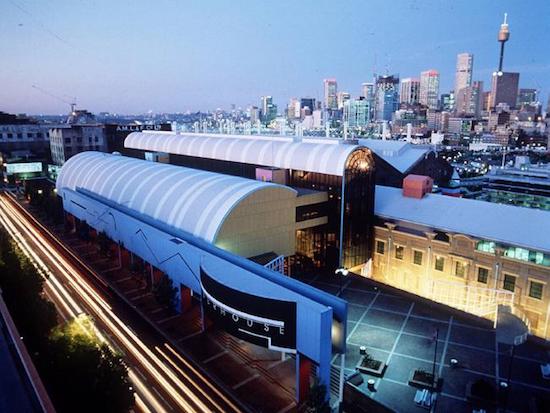 The Powerhouse Museum in its current location at Ultimo in CBD

The politics of land

While recent media articles have focused on the cost and sale implications of the Ultimo site, more recently speculations have also been extended to Parramatta’s Riverside location.

One news source has even accused the Council of ‘trying to extort money’ from the State, and ‘driving a hard bargain’ for the land upon which the museum would sit.

Dyer clarified: ‘We have been spending real money over some years aggregating this site – it’s arguably the best site in Parramatta. It’s not appropriate to just say, “Here you go, you can have it”.

‘We are having a very serious discussion – negotiation – with the State Government property people regarding the transfer of the land, and what that might look like. We are incredibly flexible about our approach to them,’ he said.

‘We are not just saying this must be cash, but we are putting concepts on the table. The State owns a lot of land in our LGA, so we are open to some kind of sensible land swap.’

Dyer said that the City’s River Strategy has a price tag of about $300 million in infrastructure, and that incorporates the area where the Museum is to be located.

‘That might be another form of compensation to make this transaction work, by (the State) funding some of our River Strategy infrastructure.’

‘That we are very keen, (never use the word desperate in a negotiation, Dyer laughed) to see the Museum come to Parramatta and we are using flexibility in the timing of that decision to best arrive at a consideration we agree on.’

‘All we can do is play the die in front of us from my perspective,’ Dyer concluded.

Construction of the new Powerhouse Museum is expected to start on the Parramatta Riverside site in 2019.

The Museum of Arts and Applied Sciences collections are stored in a shared facility at Castle Hill, located West of the CBD and closer to Parramatta.