Kerith Manderson-Galvin's latest offering is a wild-west lullaby for our queer times.
Georgia Symons
[This is archived content and may not display in the originally intended format.] 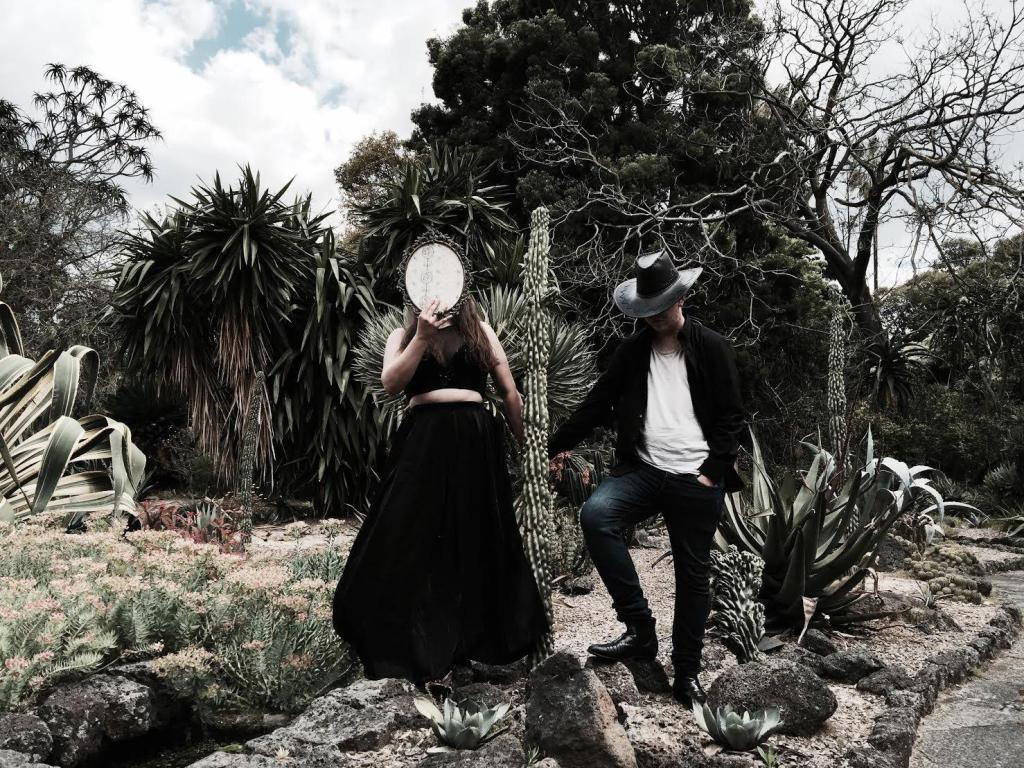 186,000 is the speed of light in miles per second. One the performers of this production, Shamita Sivabalan, articulated it to me last week as ‘the time it takes to see someone’. And the marketing copy for the show asks, ‘what do [we] miss before it gets to us?’ My friend and I get ice cream on the way home to heal some of the emotions he felt in the show, and the bottom of the cone snaps off and the ice cream melts and he sucks it out through the bottom and then eats the cone like a cob of corn. Kerith Manderson-Galvin stands on stage and states defiantly, repeatedly, ‘our bodies are not metaphors’. She eventually falters, adding ‘but they are though’.

In this show and in other places, Manderson-Galvin and her team of collaborators haves been exploring the notion of queer time. The notion that queer people and communities experience time differently, for reasons including the fact that they do not experience the same milestones as everyone else. So I spent a lot of the show thinking about time, and reading what I saw on stage as, amongst other things, an attempt to articulate this queer time theory.

There are expanses in the show in which the performers make gestures, some more abstract than others. There is the brushing of teeth, lying down and standing up, dropping a pair of socks, bumping into someone. Curiously, these sections of the show stretch out and feel long, and yet they seem to represent large chunks of time (i.e. the time is passing quickly for the bodies on stage but slowly for us). Time seems to condense when speech enters the space. There are extended dialogues, which are easeful and stripped of obvious dramatic intention. During these sections, time is passing at the same rate for the performers and the audience, and so the window of time feels shared and ordered. But even this is delightfully unreliable, when conversations shift without perceptible logic, or voices enter the space from other times and places.

The process of making this work involved a much larger group of people than those we saw live on stage – people moved, they got busy, they fell in love. But their time is accounted for in the work all the same, largely through audio and video which coexists in the space with the live performers. Sometimes the digitally recorded voices and bodies share actions and conversations with the live performers; at other times there is a separation.

I have focused here on time, because it was my way of understanding the means of expression. But the beating heart of the work, the thing that time is spent on, is queer visibility, and queer plurality for feminine, female and women-identifying people. The stories and ponderings and expressions of queerness do not feel like mine to share, other than to say that they were generously imparted in a space of radical softness. The whole work feels radically soft, and creates a shared space and time of visibility. This softness is borne out as much in the performance as in Soma Garner’s beautifully bright design and Jules Pascoe’s dreamy aural contributions. But there is a chasm here between softness and weakness – these artists do something courageous with each moment they spend before us. Throughout the work, parallels are drawn to the figure of the outlaw, the cowboy, the one(s) who operate outside of the sleepy, straight township, and gallop into town on plush toy ponies to trouble notions of normality. Each of these outlaws brings a unique energy – Trelawney Edgar, Harvey Zielinski, Shamita Sivabalan, and Manderson-Galvin herself, are all compelling and generous with their lovely performances.

These are some of the things I read and experienced in the work. I would strongly encourage you to experience it for yourself – you might experience something very different. It’s a work that evades singular readings, or perhaps readings of any kind. This wild-west lullaby is perfect for our queer times, and will do something different to each audience member.