A new campaign aims to derail the flourishing market in fake Aboriginal and Torres Strait Islander artworks.
Gina Fairley
[This is archived content and may not display in the originally intended format.] 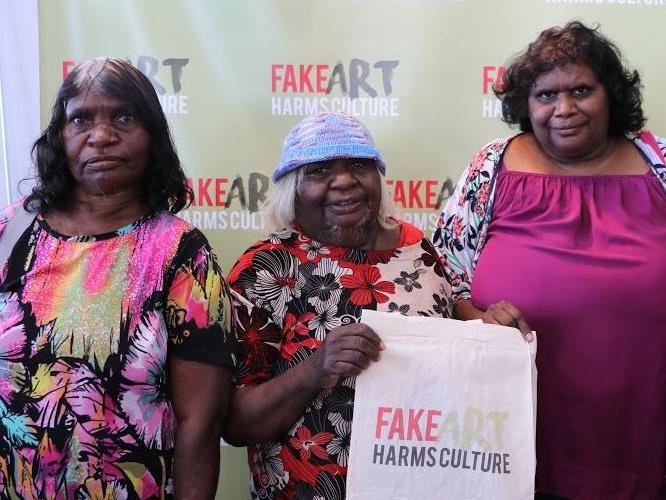 One of the most surprising booths at the tenth anniversary of the Darwin Aboriginal Art Fair this past weekend displayed fake art collected from tourist shops. The works were presented alongside those purchased from Aboriginal art centres to illustrate the dangers of buying Indigenous art without transparent information around its origin.