Rosencrantz and Guildenstern Are Dead

This intimate staging provides the right setting for the author’s treatise on mortality, conventional logic and theatre itself.
Glen Falkenstein
[This is archived content and may not display in the originally intended format.] 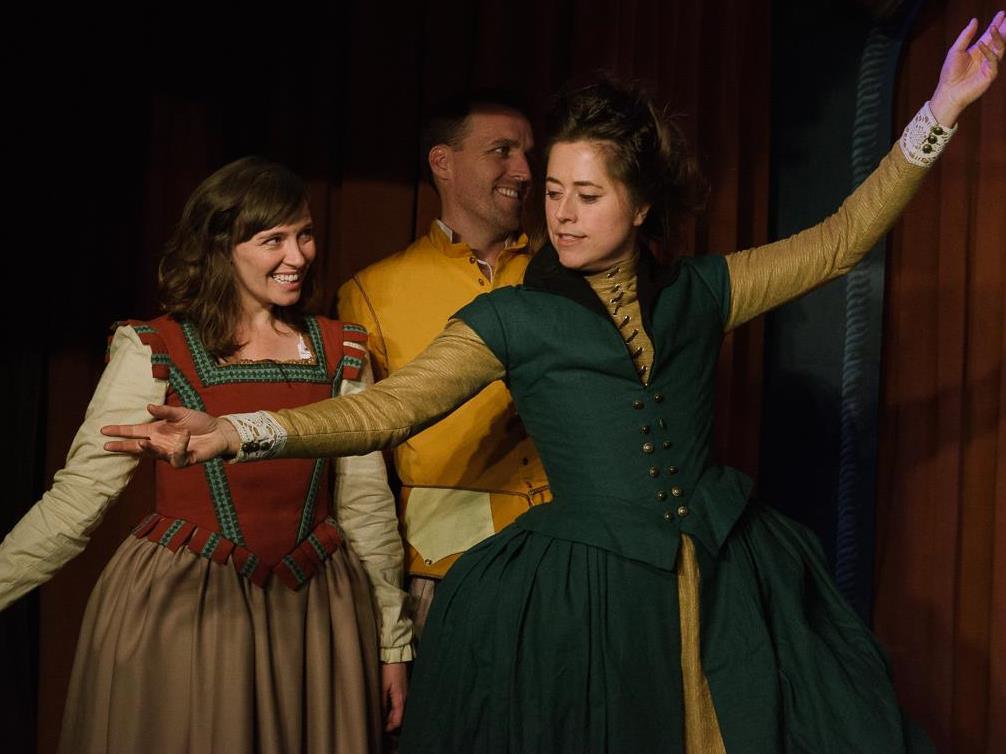 Image: The cast of Rosencrantz and Guildenstern Are Dead; Photograph courtesy Furies Theatre.

Arguably Tom Stoppard’s most famous play, this intimate staging of Rosencrantz and Guildenstern Are Dead provides just the right setting for the author’s treatise on mortality, conventional logic and theatre itself.

As much a collection of philosophical musings as a behind-the-scenes look at Hamlet, two of Shakespeare’s little known characters fret about the stage – navigating absurd encounters with a panoply of even lesser-known characters including a struggling theatre troupe; all the while bemusing themselves with their thoughts on chance, life and death.

The head of the theatre troupe (Amanda Maple-Brown) steals the whole show from the get-go in a first-class and absolutely riveting performance. Flouncing about the stage as the unfathomably conceited thespian, Maple-Brown has her character down pat, from her ideally conceived costume and overall appearance to the dramatically overstated and bitingly humorous knack with which she delivers each of her lines.  Her back-up troupe, while without her many pages of dialogue manage to make an impact all on their own through just a cheeky glare or despondent frown.

The play’s most striking feature however is the gender-reversal of each part, with Krystiann Dingas (Rosencrantz) and Emilia Stubbs Grigoriou (Guildenstern) both filling traditionally male roles, while Sarah Plummer (Claudius) and Leof Kingsford-Smith (Gertrude), amongst others, round out the rest of a number of altogether intriguing casting calls. Rarely emphasised, with the exception of the King at one stage sardonically referring to the title characters as gentlemen, the unusual casting decision, while engaging is nevertheless unexpectedly underplayed.

The minimalist set is squarely appropriate for the character of the story, overall stressing the larger-than-life antics of some of the performers, not least of all the theatre troupe who use just a couple of costumes and an empty chest to great effect. With characters and props infrequently finding themselves rolling into or happening upon the audience, these instances prove among the most entertaining and memorable of the play even if they are few and far between.

Fun and making good use of a finite space – Maple-Brown’s performance in particular will thrill Shakespeare enthusiasts and Stoppard fans alike.

Rosencrantz and Guildenstern Are Dead