A partnership that brings our region closer together, but one that differs from from the usual national clichés.
Gina Fairley
[This is archived content and may not display in the originally intended format.] 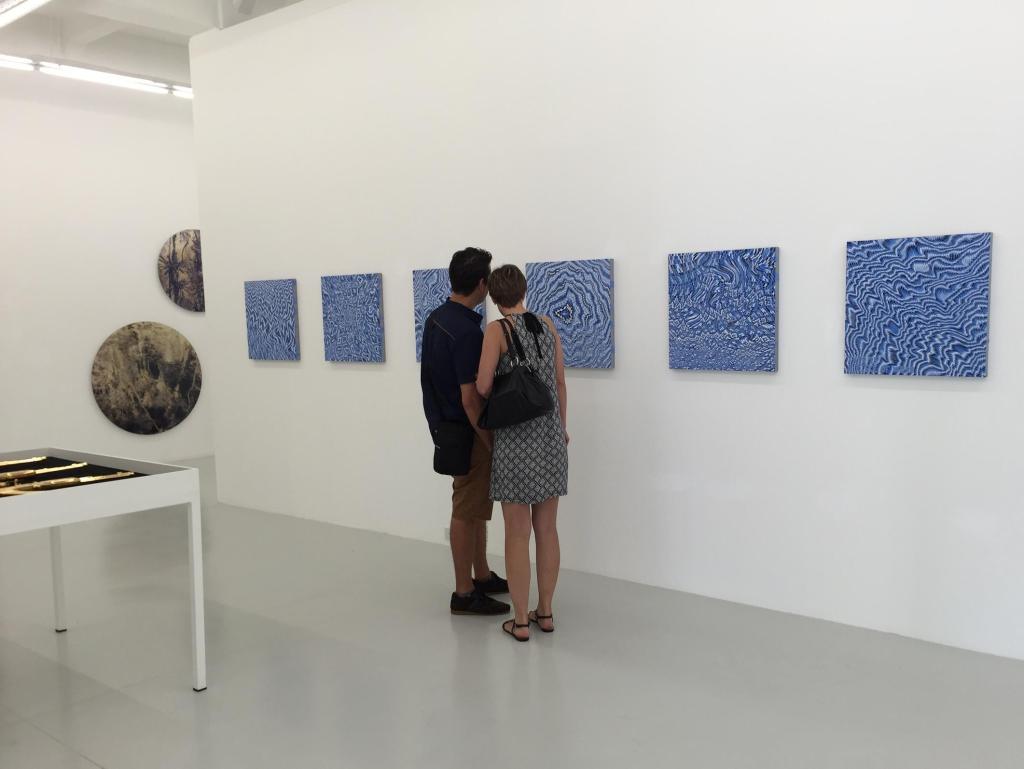 Last month Singapore hosted its international art fair – Art Stage – which had an uncanny presence of Australians attending this year, both as exhibitors and through other timely shows across this manicured art scene.

One of those was Antipodean Inquiry, curated by Owen Craven, former editor of the Australian magazine Artist Profile, for the local dealer Yavuz Gallery.

Yavuz moved to the art precinct Gillman Barracks in 2012 at a time when many of the international imports were leaving, claiming it a failure. But it has worked well for the local gallery, which Australian critic John McDonald described as typifying ‘the optimism that pervades the rapidly expanding Singaporean art scene.’

Read: Where does Australia fit into Singapore’s regional art hub?

Craven’s exhibition sits well within that hungry environment as a kind of sampler platter that teases without fleshing out.

As an exhibition it lacks a unifying theme, which to a discerning eye feels discombobulated; a show of collected contacts. And yet, within the Singaporean context my criticism is less harsh. It works.

The partnership with Yavuz Gallery is a strong pairing; the gallery’s enthusiasm to introduce new artists and new work to Singaporean audiences is refreshing and welcomed.

The lens has been turned on the region for the past two decades, largely championed by the Singapore Art Museum (SAM), however SAM and the new National Gallery of Singapore don’t include Australia or New Zealand in their regional collecting brief.

Craven and Yavuz do a sincere and serious job in redressing that omission.

What this exhibition does well is show the diversity and vitality of contemporary art making in Australia and New Zealand art – what Craven persists in calling ‘the new world’ in his catalogue essay.

What does the Antipodean look like from a Singaporean view?

Craven writes that he selected these artists because he ‘thinks they provide a fascinating snapshot on the exciting, fresh, significant and unexpected art being made in 21st Century Australia and New Zealand.’ 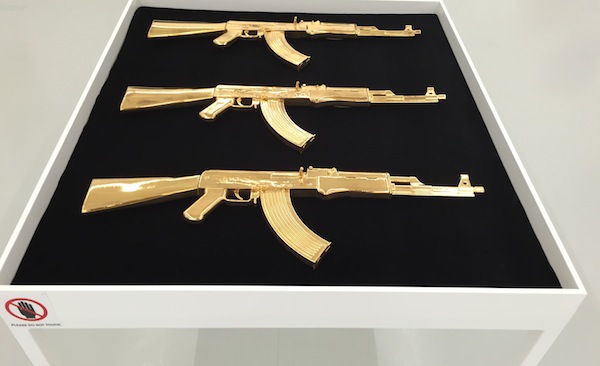 There is an irreverence or provocative tone to each. Grogan’s paintings are embedded with critical texts that revolve around the art world – specifically art fairs – while Bryne’s fragile and luxuriant AK47s play with harsh global realities (We have to remember Singapore is a nation that still practices capital punishment and has military service).

Andrew turns history upside, playing the colonial conquest card through re-presented photomontages from 19th century glass slides. Singapore like Australia shares a British colonial past; it however has successfully defined its independence as a republic. But the erasure of history is a sore point for contemporary Singapore, and a parallel conversation can be found in Andrew’s questions.

They are familiar and comfortable debates in Australia and yet within Singapore it is less accepted to champion national and political critique. The nuanced and erudite selections by Craven however, I suspect, are lost on local audiences.

One thread that is easy graspable in this garden nation is that of landscape and foliage. Like Australia, Singapore is an island and is in constant state of ‘controlling’ its natural environment.

Danie Mellor’s suite of works ‘reflect on the migration and similarities of plan species within tropical environs and how people and cultures also move and respond to environments’, explains Craven.

These works sit well in this context. They are fresh within this art scene, but also extend thought.

Also connecting with local sensibilities, but framed in a fresh light, is the work of Lindy Lee. Her new portraits on sheet metal give insight to the complexity of Australian multi-culturalism and stand out as a highlight in the exhibition.

Her flung bronze spherical work, while atoning to meditation practice, also celebrates chance and spontaneity of nature – work that is a perfect fit for Singapore.

Another curious aspect to this exhibition is that Craven has had a heavy-handed selection of photography for a commercial gallery. The medium is only really starting to gain collecting traction in Singapore and remains in its infancy – painting deemed a better investment in this predominantly Chinese city.

Craven says his intention with the exhibition was to ‘experiment with interplay, reveal unforeseen connections or intriguing contrasts.’

He continued: ‘Australia and New Zealand are known as places of dynamic natural beauty, rich colour and rugged themes and ancient histories. Yet many of the artists I have chosen have seemingly divorced themselves of these clichés, rather pursuing a deeper and more sophisticated reflection of their Australian and New Zealand roots.’

What this exhibition does is lay a clean slate. Is the picture accurate and current? The short answer is yes.

These are brave moves by Craven and Yavuz and need be championed.

While on the surface this show looks somewhat incidental, it is clearly well thought and strategic in its motives.

What excited me most as an Australian who spends considerable time in Singapore, is the weight that our Antipodean artists are finally being granted in this collecting space.

Singapore is an exciting market with a great future and it is one of our closest neighbours. It is also investing heavily in the arts – and visual arts in particular.

Craven’s roots as magazine editor understandably have produced a text heavy catalogue. Most peculiar is a kind of hopscotch through the history of contemporary art in the ‘new world’ – a bullet point recital from the Heidelberg School to Papunya Tula, weaving through biennales, and arriving at his exhibition Antipodean Inquiry.

While we might reel at his abridged version, it works well in the Singaporean context where emphasis on ‘value education’ and the ‘spoon feed’ line is a kind of national charter.

Craven demonstrates that he understands the territory from both sides. So few curators do so within a commercial gallery context.

Sydney-based Craven has curated this exhibition under his Urban Art Projects (UAP) umbrella, part of which he has organized a number of ‘artist expeditions’, curating and touring exhibitions from the resulting works made. These have included trips to New Zealand’s South Island and Fowler’s Gap in the arid desert of north-west NSW.

Singapore seemingly is the next conquest, and I hope that they eye continues to be trained on this partnership.