You know you should have half an hour’s exercise five times a week to be physically fit. But how much arts activity do you need to be mentally healthy? A world-first study has found the answer.
Deborah Stone
[This is archived content and may not display in the originally intended format.] 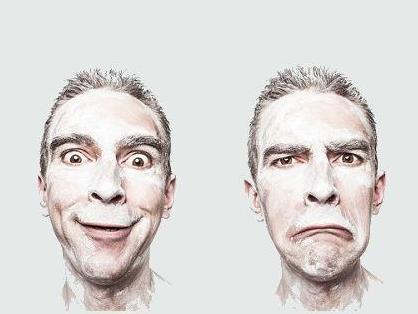 A study found two hours a week is the threshold that ensures arts activity makes a measurable difference to how we feel.

The Australian study is internationally significant because it is the first attempt to quantify a ‘minimum dose’ for arts activity as an everyday prescription for well-being.

While many studies have shown the positive effects of the arts on mental and physical health, researchers have not previously considered how much arts activity is needed to make a difference. There is also a shortage of research looking at the well-being scores of ordinary members of the population, as opposed to people using art as therapy for an existing mental health problem.

The study found there is not a straight correlation between any arts activity and improved mental health. Those who had only an hour of arts activity a week fared no better on mental wellbeing scores than those who had none at all.

But once a person was involved in at least two hours of arts activity each week – or averaged more than 100 hours in a year – there was a clear correlation on the Warwick-Edinburgh Mental Well-being Scale, (WEMWBS), a standard measure of subjective wellbeing.

Researchers theorise that the two hour weekly threshold occurs because the arts require a certain level of knowledge or practise to be most satisfying. ‘Emotional gains are likely to accrue once an individual attained a certain level of understanding and knowledge about an art-form, activity or event.’

The award-winning study, published in BMC Public Health, was led by Dr Christina Davies of the University of Western Australia. It was based on a random sample of 702 Western Australian adults and counted in a huge range of arts activity including attending performing arts, visual arts and literary events, participating in craft, viewing arts online, creating digital projects, taking classes and belonging to clubs.

Davies said the difference on the mental health scale between those who had a least two hours a week of arts activity and those who did not was much greater than that needed for statistical significance. ‘It’s huge,’ she said.

A key element of the study was its thoroughness in excluding all sorts of other variables – not only demographics such as age, sex and marital status but also education, income, sports activity, religious activity, general health and even whether the respondent had taken a holiday in the past year.

‘It’s awesome because if you break that down it’s only 15 to 20 minutes a day. That’s a colouring book. It’s easy to get that amount of art into your day.’

She said the study added a new dimension to the Mental Health Strategy introduced by the Turnbull Government late last year, showing that the arts needed to be part of mental health strategy. Government policy is beginning to take the value of the arts into account with a taskforce to promote arts for successful ageing set up recently by the NSW Minister for Health and a National Arts and Health Framework.

But the study adds evidence to the argument that the arts could be a cost effective, population-wide way of improving mental health, through campaigns to encourage arts activity and social prescribing, where doctors and therapists recommend arts activity for mental health.

The clear implications for individuals is that they should make time to engage in arts activity just as they make time for physical exercise.

‘Arts engagement increases happiness, confidence, self-esteem and reduces stress and social isolation. It results in the creation of good memories and has an impact on a person’s knowledge and skills.People need to give themselves permission to be creative and to make time for the arts activities and events that they enjoy,’ said Davies.

She said the arts were something everyone could access to ensure promote their own well-being.

‘There are four million Australian who experience mental ill health every year and this something they can do that can help to keep them well.

‘Maybe it’s listening to 20 minutes of your favourite music on the way to work or doing a colouring book in your lunch hour or if you have the money going to the theatre. There are so many ways of engaging with the arts.

As a population study, the research does not show that arts activity causes better mental health. It is possible that mentally healthy people are just more likely to engage in the arts. It is also possible that some causality goes both ways, creating a positive feedback loop.

Davies said there was a need for more research funding so that random trials could confirm the causal relationship between arts activity and good mental health.

‘Sport has been really effective in getting through the 30 minutes five times a week message. There’s 80 years of research behind that. We need that research for the arts and mental health.’